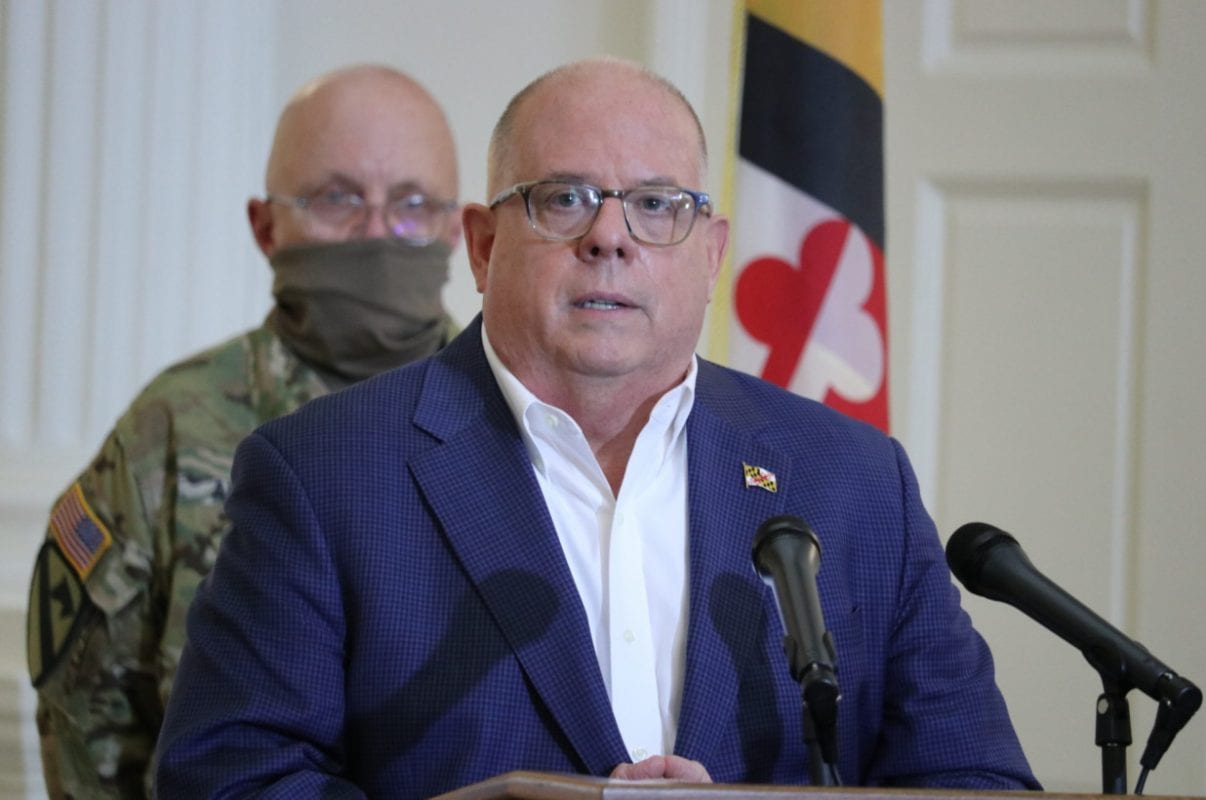 Last week, the Taxpayers Protection Alliance (TPA) highlighted Colorado Gov. Jared Polis (D) as a Profile in Courage for cautiously reopening his state against strong political headwinds. From the other side of the political aisle (and country), Maryland Gov. Larry Hogan (R) has had to deal with plenty of political opposition in his deeply blue state, including a state legislature intent on pushing wasteful spending and tax increases at the worst possible time. And, for putting up with Maryland’s shenanigans (while still managing a ~70 percent approval rating), Gov. Hogan is truly a Profile in Courage.

From the start, Larry Hogan was an improbable governor. In the 2014 Maryland gubernatorial election, most pollsters and political analysts expected then-Gov. Martin O’Malley’s (D) Lieutenant-Governor (and hand-picked successor) Anthony Brown to emerge triumphant. Instead, businessman and tax reform advocate Larry Hogan unexpectedly earned 51 percent of the vote and was sworn in as the 62nd Governor of Maryland on January 21, 2015. While difficult for many analysts to believe, Hogan’s triumph was all-but-inevitable given former Gov. O’Malley’s policies of runaway taxation and spending.

Gov. Hogan (and other free-market and limited-government activists) were able to highlight egregious policies such as the “rain tax,” which punished property owners and businesses for paving “impervious” driveways and constructing buildings on their own land. O’Malley also raised the ire of Marylanders by increasing the sales tax from 5 percent to 6 percent and hiking alcohol taxes from 6 percent to 9 percent. After assuming office, Gov. Hogan wasted no time rolling back his predecessor’s disastrous policies. By April 2015, the “rain tax” mandate was down the drain and counties could decide how to manage environmental issues such as stormwater runoff.

Despite these achievements, Maryland lawmakers remained as determined as ever to usher in expensive, wasteful spending programs. Just days before Maryland instituted stay-at-home orders and shut down businesses, the Maryland General Assembly passed more than 650 bills that would’ve forced higher debt and taxes on state residents. For example, a commission led by educator William “Brit” Kirwan (former chancellor of the University System of Maryland) recommended spending up to $4 billion extra per year on bolstering Maryland’s education system. This would require Maryland households to pay an extra $6,000 per year in taxes to subsidize already well-funded but failing school districts. The Baltimore public school system, for instance, is already among the top 5 best-funded per pupil systems nationwide at $16,000 per pupil but can’t even keep the air conditioning on for students.

And now that these schools are shuttered and families are struggling to get by due to COVID-19, lawmakers thought it was a good time to implement Kirwan’s recommendations. Fortunately, Gov. Hogan vetoed a host of Kirwan-related taxation and spending bills on May 7. Maryland’s chief executive rightly pointed out that, at such a terrible time for Maryland families, adding $32 billion in state debt would simply be unconscionable. In total, Gov. Hogan vetoed 30 pieces of legislation that would have added unnecessary burdens on state residents during the COVID-19 crisis. For example, lawmakers wanted $1 million from taxpayers each year to fund a youth and amateur sports grant program. Gov. Hogan rightly pointed out that, even if such programs merit funding, now is the worst possible time to implement them.

And now, Gov. Hogan is on a mission to carefully reopen his state and get Maryland businesses up-and-running again. Today (May 15), Maryland will begin its “Safer at Home” phase and retail businesses will be allowed to reopen to 50 percent capacity. In addition, personal service locations such as hair salons and barber shops will resume business by appointment only. It isn’t a complete return to normalcy as restaurants will remain takeout only. But in pursuing a careful reopening, Gov. Hogan is sending a powerful message that Maryland is ready to adapt to quickly changing circumstances.

Maryland’s chief executive has a stellar track record in looking out for Marylanders by vetoing reckless taxes and spending to get the state back on track amid the Coronavirus crisis. Marylanders evidently like his governing approach; his 70 percent approval rating is the envy of all Republican officials in blue states.

Regardless of their political leanings, state residents know that Gov. Hogan will continue to look after their best interests. And for tirelessly advocating on behalf of the citizens of Maryland, Gov. Hogan is truly a Profile in Courage.