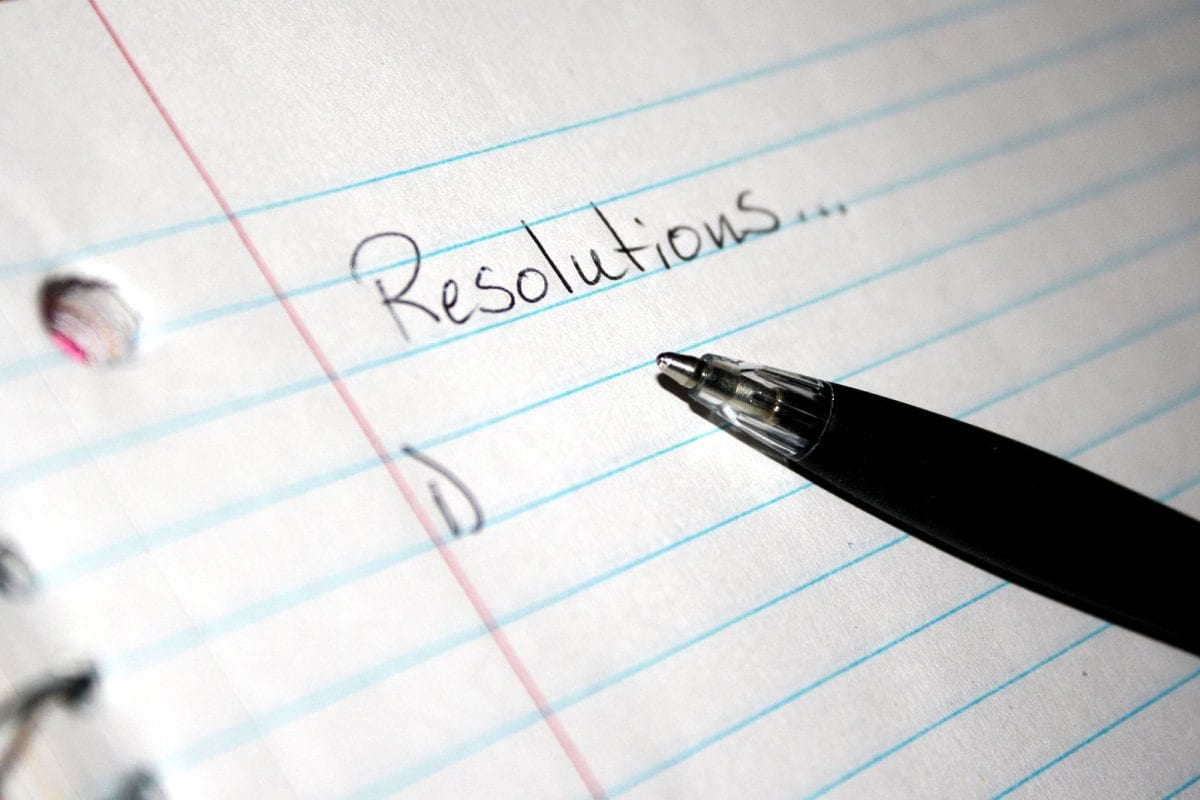 It’s that time of year again when millions of Americans will make their New Year’s resolutions.  Many people will pick the usual resolutions such as going on a diet, frequenting the gym more often, or perhaps improving their lives via learning new languages or eating vegetables. But, these newly-minted gym rats will ditch ellipticals for the couch in two weeks flat because, as it turns out, keeping New Year’s resolutions is tough work, particularly when they are overly-ambitious and there is no one there helping keep them in line. That’s why we at the Taxpayers Protection Alliance (TPA) are here to offer some much-needed, practical resolutions for the White House, Congress, and states to curb excessive taxation, reckless regulations, and the careless spending of hard-earned taxpayer dollars. So, to ring in 2020, here are TPA’s New Year’s resolutions for politicians and bureaucrats:

The White House has proven it is serious about bringing markets and competition to America’s deeply dysfunctional healthcare sector and has led the way in kyboshing bad policies such as the individual mandate and numerous medical taxes. The Trump administration has also rejected calls for Medicare for All, which would destroy the healthcare system and cost taxpayers tens of trillions of dollars. But other moves taken by the Trump administration suggest a troubling embrace of top-down solutions that would lead to worsening care for vulnerable Americans. In the beginning of December, the President threw his support behind “compromise” legislation by Rep. Frank Pallone (D-NJ) and Sen. Lamar Alexander (R-Tenn.) that would have the government fix prices for surprise medical bills that hit millions of discharged emergency room patients per year.

When California implemented rate-setting in 2017, these heavy-handed policies led to the widespread consolidation of physician practices and even compromised care for MediCal (low-income) patients. The Trump administration should resolve to examine the experiences of states such as New York and Florida, which have adopted a market-friendly “arbitration” approach to the benefit of physicians, insurers, and patients. Florida and New York’s arbitration systems ensure that patients are put first.  The government shouldn’t gorge itself by making delicate heathcare decisions best left to providers and consumers.

Taxpayers and consumers finally got some good news just in time for Christmas as the U.S. and China announced the halting of tariffs (aka taxes) on $160 billion worth of goods ranging from electronics (i.e. cell phones) to toys. And the administration has worked closely with Congress over the past couple of months to pass the United States-Mexico-Canada (USMCA) free-trade agreement, which will keep goods and services flowing cross-continent tax free. But, this trade relief pales in comparison to wide-ranging tariffs still on the books which cost the average American family more than $600 per year. Farmers (and taxpayers) have been hard hit as the result of the President dubiously invoking executive authority on national security pretenses to raise trade taxes.  In fact, taxpayers have had to shell out $16 billion to growers who have seen their foreign sales fall because of the trade war. A recent study by the Federal Reserve found that tariffs have directly resulted in a decrease in manufacturing employment, the complete opposite of the President’s aims. The Trump administration must continue to work out its differences with China and allies such as Brazil and India and end its disastrous trade wars.

Lawmakers on both sides of the aisle have an addiction to wasteful spending. Earmarks were supposedly banned in 2011, but that hasn’t stopped Congress from continuing to sneak goodies for their districts into large, unwieldy spending bills. According to TPA’s analysis of the fiscal year 2020 Defense Appropriations Act, lawmakers tacked on 785 earmarks totaling a staggering $16.1 billion. Congress requested 15.6 percent more earmarks than last year, and there’s little sign that lawmakers are poised to clean up their act. Lawmakers double-down on boondoggles such as the F-35 fighter jet program, which somehow cannot secure a parts pipeline for its aircraft despite hundreds of billions of dollars in taxpayer funding. Congress also frequently overpays for services that can be provided for a fraction of the cost to taxpayers. For instance, lawmakers give the National Aeronautics and Space Administration (NASA) a blank check to pay Boeing $90 million per space shuttle seat to get astronauts to and from the International Space Station, when rival bids promise the same service for $55 million per seat.

The United Nations (UN) has enjoyed a virtual blank check from U.S. taxpayers.  And, the results are appalling.  Here are just some of the examples we found:

Between February and June 2019, the World Health Organization (WHO), a sub agency of the UN, claimed that it had to “dip into funds from some of its other budgets” due to insufficient funding from developed countries. WHO officials pleading poverty failed to mention that the organization spends around $200 million annually on luxury travel alone and their expensive conferences and events cost global taxpayers tens of millions of dollars.  Clearly, Congress needs to demand more accountability from the UN and other International Governmental Organizations.

Taxpayers aren’t expecting miracles, just some common sense.  For example, more than $100 billion annually is improperly paid out by federal agencies. Lawmakers must curb these improper payments immediately, while setting their sights on wasteful spending across the government.

Sen. James Lankford (R-Okla.) recently released his annual Federal Fumbles report that outlines hundreds of billions of dollars in wasteful spending.  This report is becoming somewhat of a tradition in Washington, D.C. Here’s just one of many examples of government run amok: “there are multiple regulations for a company that makes frozen pizza, down to the toppings, depending on whether the pizza is cheese or pepperoni.  USDA would inspect the meat for the pizza up to three times, but the Food and Drug Administration (FDA) would have jurisdiction over the cheese pizza.”

Clearly Congress needs to get its priorities in order and demand accountability from the thousands of pet projects they fund without due diligence. At $23 trillion and counting, it’ll take more than a few minutes on the treadmill to take on the national debt.

Americans continue to be held hostage by ever-growing, unaccountable federal agencies such as the FDA. These agencies have compromised their core competencies at a growing cost to taxpayers and consumers, while Congress sits on the sidelines.

For example, the FDA has demanded increasingly-strict statistical guidelines for approving medications over the past couple of decades, barring promising drugs that could save countless lives. The problem is that agency officials are jarringly risk-averse, and fear that heads would roll if they approve any drug with serious side effects. But this has led to the opposite problem, where FDA officials reject promising drugs such as PT010 (for the treatment of chronic obstructive pulmonary disease) despite compelling evidence that the treatment reduces flareups and improves lung function. The agency has also declared a war on life-saving reduced-risk products such as e-cigarettes, even though these products are 95 percent safer than cigarettes according to prestigious health bodies around the world. Despite the evidence, the FDA is poised to ban flavored vaping products which lure adult smokers away from deadly combustible tobacco products. For the sake of millions of patients and smokers, Congress must push for life-saving reforms at the FDA and tie funding to the agency loosening approval decisions. In an October report, TPA provided multiple suggestions for improving the agency.

State lawmakers and bureaucrats will stop at nothing to bilk taxpayers for billions of dollars.  Starting in early January when states begin their legislative sessions, there will be a temptation to raise taxes to compensate for budgetary shortfalls. Citizens across the country are all-too-familiar with the usual smorgasbord of taxes ranging from income to sales to property “levies.” But now, some state officials are testing the waters in an attempt to tax instant rebate discounts given to millions of consumers. On November 14th, New York State attorney general Letitia James filed suit against video equipment vendor B&H Photo Video for charging consumers sales tax on post-discount product prices, instead of pre-discount prices that buyers never actually had to pay. For the crime of slashing prices for consumers, the state wants $7 million from the company (which would almost certainly be passed along to consumers via higher prices). Unfortunately, this bizarre taxation scheme is only the tip of the iceberg for state and local bureaucrats. Other states need to avoid this retroactive tax grab.

Over the past several months, states across the country have pushed through proposals taxing reduced-risk products such as e-cigarettes, despite proven benefits in helping smokers quit their deadly habits. In November, Massachusetts Governor Charlie Baker (D) signed into law an astounding 75 percent tax on the wholesale price of vaping products. This and similar proposals by other states such as Illinois and Minnesota will directly result in more people smoking – and dying from – deadly combustible cigarettes and increase healthcare costs for state taxpayers down the road. State lawmakers and officials should spend 2020 rolling back these onerous taxes, allowing consumers a reprieve from the heavy hand of government. A popular New Year’s resolution is to quit smoking.  There is no better way to help people quit smoking than allowing innovation to flourish by increasing the availability of harm reduction products.

Taxpayers across the fifty states pay an increasing share of their hard-earned dollars to the government, only to see officials use these revenues to benefit their friends. Rhode Island taxpayers in particular have borne the brunt of cronyism as the deeply-unpopular Raimondo administration repeatedly attempts to kick back funds to friends and political allies. Gov. Gina Raimondo continues to push for a no-bid twenty-year contract extension for lottery technology provider International Game Technology (IGT), despite the company’s inefficiencies in managing state lottery and gambling systems. Gov. Raimondo works closely with former IGT executive Donald Sweitzer at the Democratic Governors Association, and continued collusion guarantees that taxpayers will lose out on a fair deal. According to a TPA report on the issue, Rhode Island taxpayers could save more than $1 billion if the state pursues competitive contracting instead of a crooked deal that only benefits IGT.

Across the country, states have a responsibility to ensure that contracts are decided impartially, and citizens are getting the best deal at the lowest cost. Any other outcome keeps taxes high and dissuades businesses from setting up shop in crony states. Officials in Rhode Island and elsewhere must do better in 2020.

There you have it, TPA’s resolutions for the White House, Congress, and state officials for 2020.  Unlike your personal trainer that will forget your name after two months, TPA will continue to hold all elected and non-elected officials accountable for 12 months.