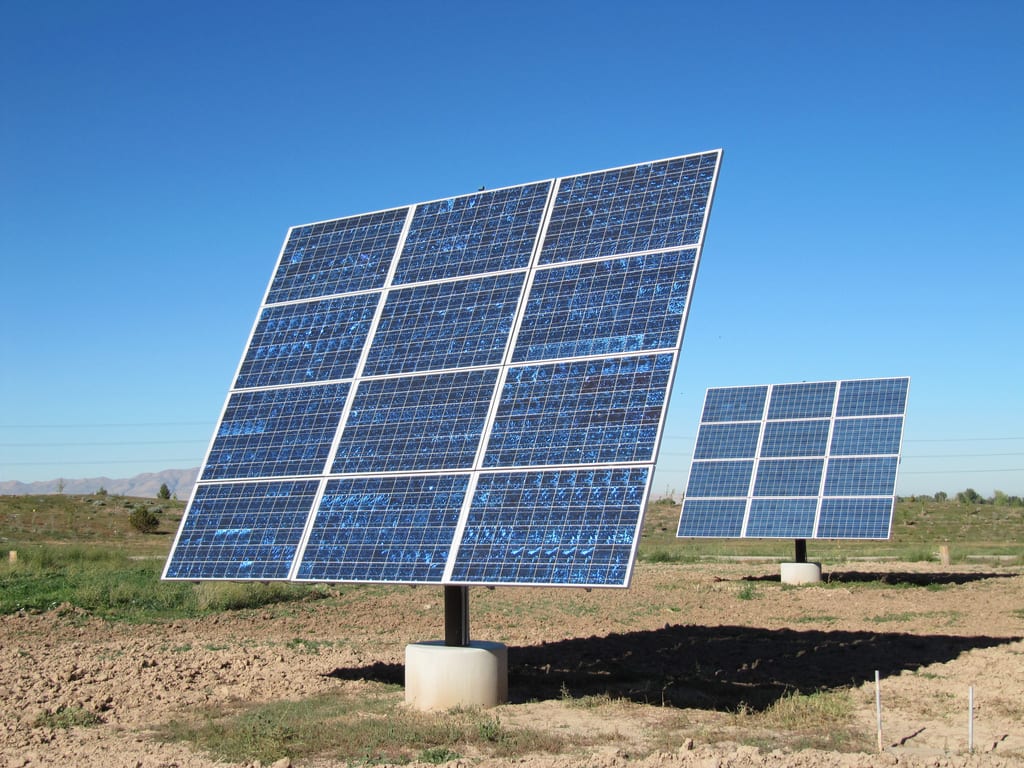 This article appeared in The American Spectator on October 26, 2018.

Imagine a 6,350-acre parcel close to your home filled with rows and rows of 1.8 million solar panels and the largest solar power farm of its kind east of the Rocky Mountains. Imagine wondering what effect that massive farm would have not only on the local environment, but also the microclimate, because such a project in a populated area is unprecedented.

If you lived in Spotsylvania County, Virginia, you wouldn’t have to imagine it because such a farm could be built there in the next few years. A large group of concerned citizens are now fighting the plan, raising concerns and hoping for a scaled-back project.

Utah-based Sustainable Power Group, better known as sPower, hopes to build the farm in Spotsylvania County and generate 500 megawatts of solar power to sell to such eager clients as Microsoft and Apple who have offices in Spotsylvania. That would make the farm the biggest in Virginia by a factor of five.

The site in the western part of the county borders the Fawn Lake subdivision and residents there, including McCarthy, are understandably nervous.

He notes this would be the fifth largest solar farm in the country and the other four are all located in sparsely populated areas in the western U.S.

“There’s nothing of this magnitude located near residential areas, farms, schools, wetlands, aquifers. There’s no way to get data on what this is going to mean,” he said.

McCarthy’s neighbor, Dave Hammond, another leader of the citizens group, told TPA that not only is the environmental impact “unproven and uncertain,” but also previous studies on the solar heat island effect for such large projects — meaning how all of the reflective metal affects the local climate in terms of temperature and rainfall — found the effect could be real and called for more research on the topic that has not been completed. The effect, in theory, is similar to the urban heat island effect in which all of the asphalt and concrete in major cities can raise the local temperature.

“Their alternative is to use this project as the guinea pig,” said Hammond, who holds a master’s degree in chemical engineering. “You build it first and then you find out the consequences later.”

The SCC gave conditional approval to the project in August, issuing a certificate of public convenience and necessity. The panel’s commissioners said the company must adhere to environmental oversight and pay for system upgrades to help alleviate impacts on ratepayers.

Alfred King, another Fawn Lake resident, quipped at a public hearing on the issue this summer that “there is no convenience or necessity.”

“This county is getting nothing out of this gigantic project,” other than a few jobs and a little tax revenue, he said.

SCC commissioners said the solar farm should increase short-term and long-term employment and produce additional tax revenue. But, residents of Fawn Lake worry their property values will drop, which would, in turn, decrease property tax revenue for the properties around the site.

Hammond told TPA the SCC would appear to be a paper tiger on the issue because those upgrades are not specified in the certificate. The document just requires sPower to find a solution to avoid problems in the grid due to the intermittent, unreliable solar power that will be generated.

The next, and largest, hurdle is for sPower to get permission from the Spotsylvania Board of Supervisors, which has indicated it plans to take its time and really study the issue before giving the go-ahead.

“That’s going to be our primary focus going forward is to get the county to really scrutinize this project and see if they can put conditions on the special use permit,” he said.

“All of these big decisions we’re talking about, the SCC pushed all of that responsibility onto the county special use permit. The ball is really in their court.”

Greg Benton, chairman of the Board of Supervisors and representative of the district where the solar farm would be located, said at a recent meeting that the county’s staff is “going through a plethora of data” and “there’s a long way to go.”

McCarthy told TPA the county understands residents’ concerns and have allowed them great latitude at planning and board meetings. Some of those discussions have seen around 100 residents show up to listen, ask questions and share research. The citizens group has compiled a treasure trove of data on solar farms, which can be found here.

“I really think the county is trying to do their best to understand the risks, with the eye of setting conditions that will end up in an acceptable result,” Hammond added.

sPower hopes to have the first phase of the project operating next  June and complete it in 18 months, but residents are urging the county to slow the company down, requiring sPower to build the farm in more stages so the impact on the local environment can better be understood.

The county has a year from when the application was completed to make a decision on the special use permit. That will be March 2019, although the deadline can be extended with mutual consent.

“The message we’ve gotten from the supervisors is this is going to be long process, that they’ve got a lot of work to do,” Hammond said.

County leaders have toured Dominion Energy’s 250-acre, 20-megawatt solar far in nearby Louisa County, and tours of the proposed site in Spotsylvania County for leaders and residents have been held.

sPower says it is listening to concerns

sPower says it has more than 150 current and future projects that use wind or solar power. It operates a portfolio of assets more than 1.3 gigawatts, with a development pipeline of more than 10 gigawatts.

During the summer of public hearings on the project, residents shared concerns about the impacts of wetlands in the areas, especially since a timber company is now clear-cutting the land, much of which was forested, to prepare the site for the solar panels. Some residents in the area still use well water.

Garret Bean, vice president of development for sPower, said “all of the issues are solvable” and that the company will address the community’s concerns.

sPower won’t put panels on the entire site; instead it will utilize 3,500 acres for the 1.8 million solar panels and existing and replanted trees, berms and other techniques will provider a buffer between the farm and neighboring properties.

Daniel Menahem, senior manager of project development for the company, addressed residents’ concerns that the project could get bigger, given that there was once an application for an additional 300 megawatt project. “The project is not expandable,” he said.

Residents are also worried about the opposite of expansion – abandonment. They fear that when the money for solar energy dries up and the site is abandoned, local taxpayers will be left with the tab to clean up the site. sPower initially wanted to put up a decommission bond of just $1.2 million — or less than one dollar per cadmium-filled panel. The county has pushed back and that’s another issue that must be sorted out.

“Are we really going to do this? Are we really going to take two-and-a-half percent of the land mass of Spottyslvania County and turn it over to investors?” asked McCarthy. “Because that’s what they are. They’re here for the gold rush. And we’ll be left with the 10 square miles of junk metals and toxic waste.”

County staff said in early October that the Spotsylvania Planning Commission could take up the permit issue in December at the earliest, with the Board of Supervisors considering the issue in February.