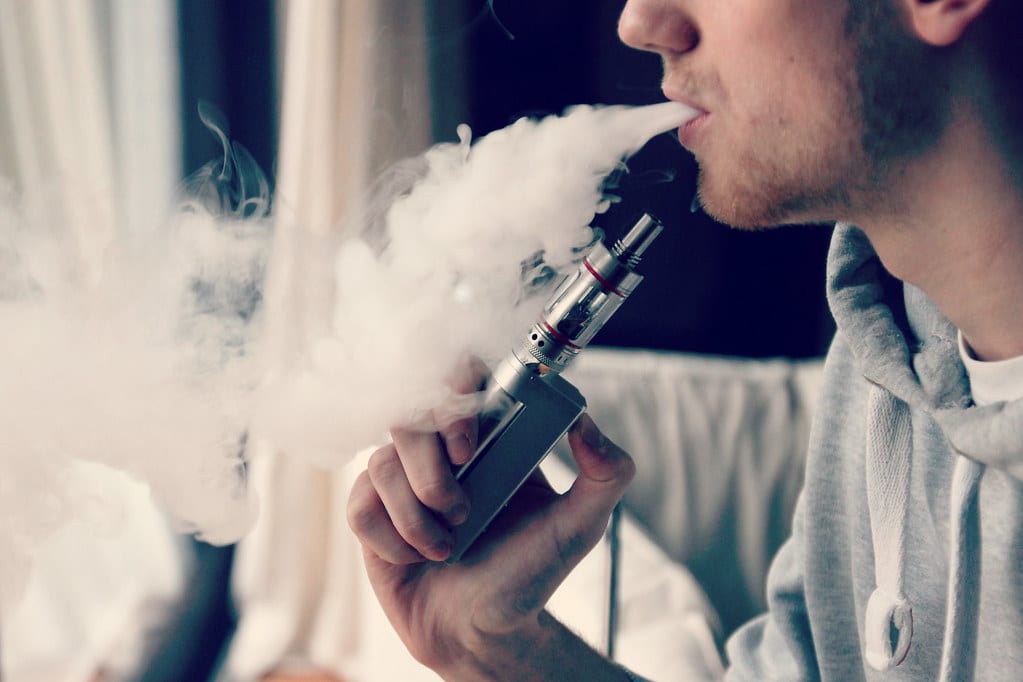 This article was originally published in Detroit News on September 12, 2019.

Across the United States, 34 million smokers face a daily struggle to give up their deadly habit and quit cigarettes for good. Thanks to the Trump administration, smokers will soon face more barriers than ever to kicking their vice.

On Sept.11, President Trump proposed a ban on flavored vaping products, which will be put into place by the Food and Drug Administration. This abrupt prohibition came a week after Michigan Gov. Gretchen Whitmer ordered flavored vapes be taken off the shelves.

These bans will do nothing to curb youth usage or end the mysterious lung disease cases that inspired the government to act. Instead, it’ll only make it more difficult for millions of smokers to end their deadly dalliance with a proven killer.

Health and Human Services Secretary Alex Azar said the purpose of the federal ban was “to reverse the deeply concerning epidemic of youth e-cigarette use that is impacting children, families, schools and communities.” The link between juvenile-sounding flavors and youth use is a tempting one to draw, but the evidence simply isn’t there.

A 2015 survey asking hundreds of non-smoking teenagers (aged 13-17) about their interest in taking up vaping found that “teen interest did not vary by flavor.” Even evidence cited by the decidedly anti-vaping Robert Wood Johnson Foundation in 2018 casts doubt on the flavor epidemic myth. Arguing for new restrictions on vaping flavors, the foundation cited a 2016 study that found 96% of non-smoking teenagers were not interested in trying e-cigarettes, regardless of flavor.

President Trump, Secretary Azar, and pro-prohibitionist state officials like Whitmer refuse to acknowledge the importance of exciting flavors in getting adult smokers to quit cigarettes.

American adult vapers report to the government that they enjoy using, in descending order of frequency, fruit, mint/menthol, and chocolate/misc. flavored products. Since 10.8 million adult vapers have far more buying power than 3 million teenage tokers, the market overwhelmingly caters to the 18-and-over crowd.

States and the federal government have a public health prerogative to allow adult smokers access to attractive alternative products that mimic the sensation of smoking cigarettes. A study from Public Health England found that vaping is 95% safer than smoking cigarettes. Corroborating studies lead the U.K. body to reaffirm their findings in recent years.

In fact, a 2019 New England Journal of Medicine study found that e-cigarettes were nearly doubly as effective as traditional nicotine therapy for smokers kicking the habit after one year.

But all these encouraging findings are constantly overshadowed by disturbing news of a lung ailment linked to vaping that’s being blamed for six6 deaths and several hundred hospitalizations. Despite media headlines however, it has now been conclusively proven that none of the vapes in question were legal regulated devices you can find in stores — instead, they were all black market THC contraband products bought on the street and laced with vitamin E acetate as a thickening agent.

It’s disappointing that anti-vaping advocates wasted no time using these tragic cases as ammunition when, in reality, they simply show why safe, legal and regulated vaping products are necessary.

Legal vapes, especially the flavored varieties, are a powerful life-saving tool for millions of Americans struggling to quit smoking. Politicians insist on bans and restrictions that would increase the 480,000 preventable deaths caused annually by cigarettes and similar products. The stakes are simply too high to keep flavored vapes off the shelves.