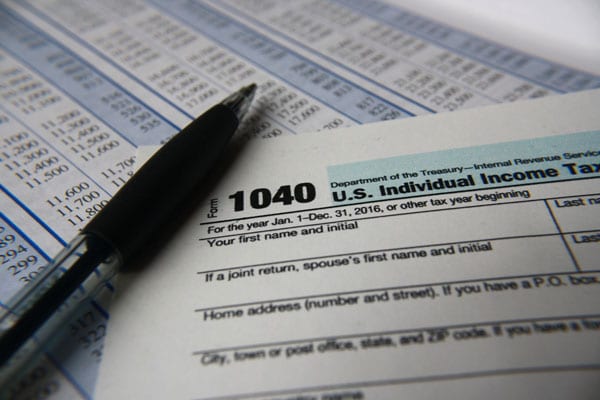 Anyone who has been on the Eastern seaboard recently will notice that a torrential downpour can ruin even the best-laid beach plans. Should the unthinkable happen, tanners can at least retreat to their ocean chateaus and turn on a movie. Be careful when watching a movie sequel because the only movie sequel that even comes close to being as good as the first is Rocky II.  But, with Tax Reform 2.0 just around the corner, there could be another sequel where the underdog (taxpayers) win.

But, before you go to “Part 2,” its important to carefully study the original hit. Rocky’s triumph Rocky II after all, can’t really be understood without watching his struggles in the original. In the case of tax reform, large rate reductions and loophole closures paved the way for additional reforms to the tax code. William G. Gale, Hilary Gelfond, Aaron Krupkin, Mark Mazur, and Eric Toder of the Brookings Institution provide a summary of the major provisions of the Tax Cuts and Jobs Act, signed into law by President Trump on December 22, 2017:

“The new tax law makes substantial changes to the rates and bases of both the individual and corporate income taxes, most prominently cutting the maximum corporate income tax rate to 21 percent, redesigning international tax rules, and providing a deduction for pass-through income.

These wide-ranging changes benefited households across the board, and created a far friendlier climate for growth and investment across America. Comprehensive tax reform had not taken place in thirty years, and businesses and households were eager to benefit from the new structure. Shortly after the bill’s passage, Americans for Tax Reform started to log the good news stemming from tax reform. Here are just a few of the hundreds of tidbits from across the country:

Now for the sequel. While details are still scarce at the moment, fans of the original were treated to the equivalent of an (International Movie Database) IMDB listing, in the form of a “framework” released by House Ways and Means Committee Chairman Kevin Brady (R-Texas). The Chairman was instrumental in shaping and passing tax reform in December, and wants more reforms to bolster the Tax Cuts and Jobs Act. Specifically, Chairman Brady wants to focuson barriers to savings and start-up investment in the tax code:

“Under the proposal, there would be a new Universal Savings Account…‘to offer a fully flexible savings tool for families.’… At its heart, it’s a Roth-type account, meaning you’d pay in at funding, growth would be tax-deferred, and you would not be taxed on withdrawals. Where it differs from a Roth (or, at least as it stands in the 2017 version) is that distributions would not be limited to retirement and could be made at any time… The framework suggests initial and expanded expensing for brand-new businesses, as well as vague language to ‘remove barriers to growth.’”

Details are hit-or-miss, and we’ll need to wait until after recess to get a fully fleshed out plan. TPA has some suggestions of its own that would increase growth and opportunity throughout the economy and expand on the success of tax reform.

The next round of tax reform should include: a full repeal of the Death Tax, making the individual tax cuts permanent, and lowering the corporate rate to 15 percent.  This will ensure economic prosperity for individuals and small businesses while sending a strong signal to the rest of the world that the US will remain competitive with the corporate tax rate.

One, idea that hasn’t been talked about enough as de facto tax increase are the tariffs imposed by the Trump Administration.  These tariffs will raise the cost of consumer good and threaten to undo the relief for working families under the Tax Cuts and Jobs Act. TPA policy director Ross Marchand explains the high costs that come with import taxes:

“In 2012, the Petersen Institute for International Economics found that tariffs on Chinese tire imports between 2009 to 2011 cost American customers more than a billion dollars, while saving only 1,200 jobs. That means each job saved cost the economy $830,000. Even this high figure fails to take into account the blowback that happens when tariffs are raised….

In particular, American farmers have been rightfully squealing since April, as Mexico and China have been targeting the American pork industry in counterattacks to U.S. tariffs. Mexico slapped a 20 percent duty on American pork products, while China tripled its own pig pittance from 12 percent to 37 percent.   The European Union has suggested increased tariffs on whiskey and motorcycles.”

While the Trump Administration is raising taxes through executive authority, this power was given to him by Congress. Lawmakers can retake the initiative, lowering tariffs and lowering costs for hundreds of millions of American consumers:

“Trump is expected to justify his proposed metal tariffs by invoking a 1962 law that authorizes the president to impose tariffs unilaterally if doing so is necessary for ‘national security.’ Congress could pass new legislation that would require the president to seek a vote of Congress to certify his (bizarre) claim that our dependence on Canadian steel is a national security threat — and that would block his tariffs from going into effect absent such a vote.”

Surely this task won’t be easy, logistically or politically. But it is the right thing to do, and will ensure that the gains under tax reform are here to stay. If lawmakers pursue tariff reform and follow Chairman Brady’s lead in reducing savings and investment hurdles, Tax Reform 2.0 will be a sequel worth watching.