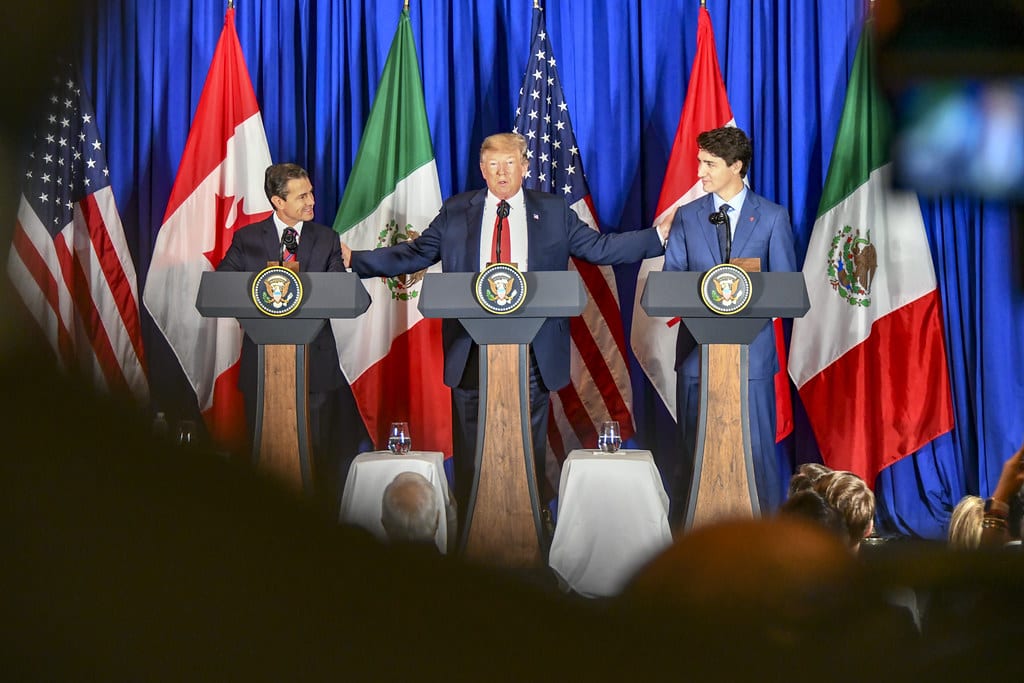 Congress Should Quit Procrastinating on USMCA

This article was originally published in Townhall.com on October 31, 2019.

Like any high schooler with a short attention span, members of Congress are expert procrastinators and save all the hard work for right before class starts or the few days before vacation. The House is set to adjourn for two weeks, even as key policy issues remain unaddressed. In particular, lawmakers are still negotiating the ins-and-outs of the United States-Mexico-Canada Trade Agreement (USMCA), preliminarily agreed to by the three countries in September 2018. This successor agreement to NAFTA contains key intellectual property (IP) protections, and ratification through Congress is pivotal for continued innovation across the continent. Like (many) high schoolers waiting until the last minute to get their assignments done, hopefully lawmakers ace their homework assignment and get everything right.

In the lead-up to the U.S., Canada, and Mexico preliminarily agreeing to USMCA, the member-states discussed several pressing issues hampering trade across the region. First and foremost, participants identified a lack of IP protections as hindering commerce and causing innovators to pause before investing in North America. For instance, the Canadian government took a broad, troubling view of “utility” in IP decisions, resulting in patents being arbitrarily revoked. The rise of the “promise utility doctrine” in Canadian courts led to the reversal of IP protections for dozens of patents for lifesaving drugs, as judges took an exceedingly-narrow view of what constituted a “useful” product or a product “capable of industrial application.”

This hoopla has led to prominent companies rethinking their investments in the region and undermining the effectiveness of other pro-growth policies such as business tax rate reductions. Fortunately, the USMCA shields producers from the whims of bureaucrats and government officials in the three countries. In particular, the agreement allows for prolonged patent protections for biologics, medications derived from living cells that can treat a variety of illnesses. USMCA establishes a minimum 10-year period of data exclusivity for biologics, a welcome boost from Canada’s current 8-year and Mexico’s 5-year protection period. Under this new framework, American companies could continue to enjoy the U.S.’s 12-year patent protection period while obtaining similar terms in neighboring nations.

This boost to IP is key, considering the immense benefits that patent protection offers consumers and taxpayers around the world. According to a 2017 analysis by Iowa State University, Royal Institute of Technology, Swedish House of Finance, and Washington University researchers, “stronger legal protections for intellectual property” have “a significant positive relation with R&D in more innovative industries.” Examining the experiences of 124 countries from 1995 through 2011, Université Laval and McGill University scholars concluded, “IP leads to greater levels of technology transfer and increased domestic inventive activity.” This powerful, international evidence should guide lawmakers to maintain the strong IP protections found in USMCA and insist on patent protection across North America.

But, unfortunately, some members of Congress are more interested in populist messaging than pro-innovation reforms to the international trade system. Senator (and presidential hopeful) Bernie Sanders (I-Vt.) has repeatedly slammed IP protections for drug manufacturers and proposed the wanton elimination of patents. The democratic socialist has pushed for patent revocations for drugs deemed by bureaucrats to be “excessively priced.” The senator neglects to identify the role of regulatory authorities in this “excessive” pricing, but nonetheless proposes a policy that would wreak havoc on healthcare, innovation and trade across North America.

Instead of half-baked policies that would erode IP protections for innovations, lawmakers should get to work solidifying the market safeguards fleshed out in the USMCA. And then, hopefully, Congress can quit procrastinating and get to work ratifying an agreement that would work for citizens across America, Mexico, and Canada. The clock is ticking, and not just for elected representatives. Millions of lives depend on innovations that can be bolstered by changing trade policies.