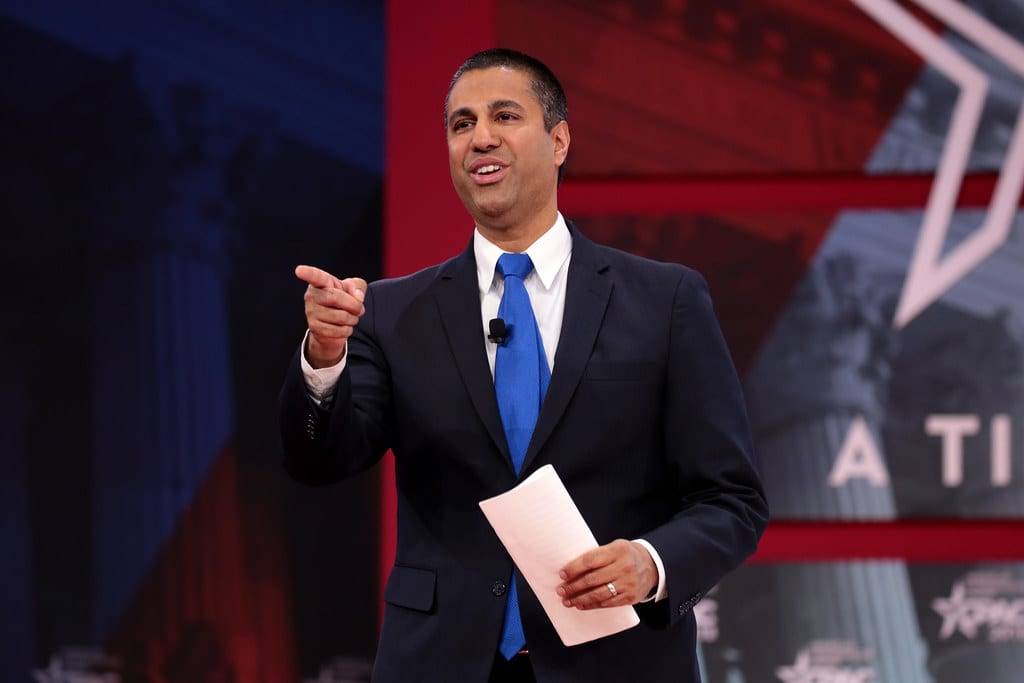 WASHINGTON, D.C. – Today, the Taxpayers Protection Alliance (TPA) praised Federal Communications Commission (FCC) Chairman Ajit Pai for moving forward with a public auction of “C-band” spectrum. This segment of taxpayer-owned mid-band spectrum is critical for the deployment of next-generation 5G internet due to its ability to carry sizable bits of data over relatively long distances. Incumbent satellite users of the band under the banner of the C-Band Alliance (CBA) fought for months to conduct a private sale of the spectrum with little oversight or guarantee of taxpayers being compensated. Despite Chairman Pai’s November announcement that the FCC intends to conduct a public auction with guaranteed taxpayer proceeds, the CBA continues to fight for an opaque “private sale.”

TPA President David Williams praised Chairman Pai’s remarks, stating, “freeing up spectrum for 5G deployment is no small issue since 5G is at least ten times faster than current 4G LTE. The latest internet standard can make significant progress in helping bridge the digital divide, allowing for breakthroughs in healthcare, and providing a critical tool for first responders to save lives. A public auction is the fastest and most reliable way to 5G across the country, yet the CBA insists on fearmongering over ‘losing access to TV and radio service.’ Chairman Pai has wisely chosen to protect taxpayers and continue to close the digital divide with a clearly articulated plan to make this critical mid-band spectrum available for 5G without leaving taxpayers in the lurch.”

Williams continued: “The FCC’s approach relies on a proven public auction process that has generated more than $120 billion for taxpayers over the past 26 years. The agency also has a proven track record of conducting two-sided auctions that can successfully clear out incumbents and reallocate spectrum. In March of 2016, the agency embarked on a two-sided auction (known as the broadcast incentive auction) in order to clear nearly 90 megahertz of spectrum of incumbent broadcasters. The stakes could not have been higher as internet providers made clear to the agency and incumbent license holders the need for flexible-use licenses to spearhead 5G deployment. Despite initial concerns, the process was a resounding success: spectrum was quickly cleared while taxpayers were able to claim more than $7 billion. By all indications, the C-band auction will be similarly successful.”

Williams concluded: “Despite this successful track-record, the CBA continues to demand a ‘private sale’ that would deposit proceeds into a reallocation fund with little oversight or transparency. A public FCC auction would be far more transparent and result in the rapid clearing of spectrum. And, with the value of the spectrum potentially eclipsing $60 billion, $9.7 billion in incentive payments ensures that taxpayers are protected. The right choice could not be clearer, and the FCC has wisely chosen to move ahead with a public auction. Pai should be commended for protecting taxpayers and closing the digital divide while bringing in resources to the United States Treasury.”