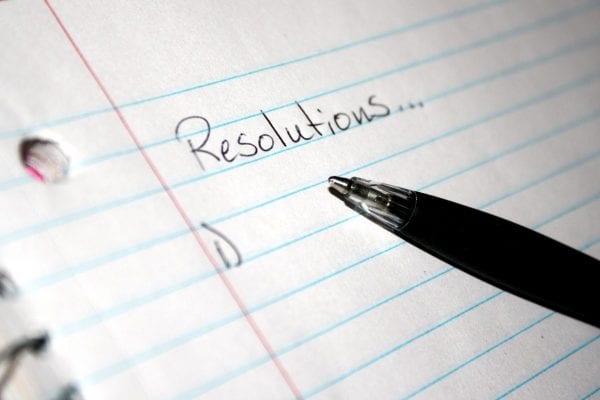 The New Year is upon us and it’s time for millions of Americans to make their resolutions for the New Year.  Many folks vow to lose weight by eating a healthier diet and going to the gym.  In a twist on that time-honored tradition, the Taxpayers Protection Alliance (TPA) is urging Congress to get it’s fiscal health back in shape.  We put together a list of our own resolutions for Washington and those politicians who will soon be returning for a new Congressional session.

In 2014 the Keystone pipeline was stalled, but with a new Congress and time running out, there is a chance this much needed project will finally begin and help increase jobs while lowering energy prices for working families nationwide. Congress should pass the Keystone XL Pipeline quickly.  Read more about energy here.

TPA spent the latter half of 2014 showcasing just how bad the USPS was doing at getting their fiscal house in order. As the agency continues to lose money each quarter, the need for reform grows and in 2015 there may be opportunities to have real cost-saving changes at the USPS. More oversight of USPS is needed and Congress needs to make sure that the USPS doesn’t overreach its mission with package delivery and other ideas that intrude into the private sector.  Read more about the USPS here.

In 2015, the Department of Justice will begin a new era of leadership with the confirmation process of Loretta Lynch for Attorney General set to begin in January. This year TPA will look to end DOJ’s abusive and intrusive Operation Choke Point program. Congress and the new Attorney General have a real opportunity to stop this destructive and invasive program dead in its tracks. Read more about Operation Choke Point here.

The new year always has a tendency to bring about new opportunities for many individuals who want to contribute with new innovations and ideas that could very well become key components to the overall economic success of the country.  Over the years IP-intensive companies have been responsible for trillions of dollars in economic output annually. TPA continues to believe that strengthen our IP laws and reforming the patent legal system are important resolutions that Congress should put on their 2015 list. Read more about IP here.

Last year, taxpayers nearly saw the end for the Ex-Im Bank and their harmful impact on jobs and trade for American businesses. In 2015 Congress should allow the bank’s charter to expire and TPA will be working hard to make this resolution happen. Read more about Ex-Im here.

This past year tobacco was a target of intellectual property (Plain Packaging) and increased taxation for many countries, including Australia, Ireland, and the United Kingdom. For example, the United Nations (UN) World Health Organization conference in the Fall attacked the industry with increased taxes.  TPA joined with 22 organizations from 15 different countries in demanding a halt to international taxation schemes.  There is no doubt that 2015 will see more fights against Plain Packaging and massive taxation that could harm consumers and taxpayers worldwide. The federal government should take a more active role in protecting the intellectual property of all companies and Congress needs to stop the UN from imposing any new taxes on the American people. Read more about tobacco here.

A newly elected Senate could be far less hostile to the free trade agenda sought by President Obama and with Trade Promotion Authority and the Trans-Pacific Partnership (TPP) agreement still on the table.  The good news is that 2015 may be the year that Washington moves forward on these important international initiatives. Trade Promotion Authority and the TPP need to be approved immediately in the new Congress.  Read more about trade here.

Last year, Congress rightly rejected attempts to pass the Marketplace Fairness Act (MFA) aka an Internet sales tax. Even though the Republicans won control of the Senate in November, MFA passed with bipartisan support in the Senate.  House Speaker John Boehner (R-Ohio) has declared MFA dead on arrival, but TPA will be fighting to make sure it stays dead in 2015 and beyond. The easiest for Congress to do is nothing, which means no Internet sales tax.  Read more about the internet sales tax here.

Early last year Congress began working towards an update to the Communications Act of 1992. TPA welcomed this effort because the current law is woefully outdated and is substandard in its ability to provide the right guidelines for today’s current digital landscape. Although there were some slight improvements with the advancement in the Senate of the Satellite Television Access and Viewer Rights Act (STAVRA), there is still a great deal of work to be done and this is something that Congress must resolve to finish in 2015. Read more about the Communications Act update here.

TPA fought hard in 2014 to expose the continuing failures of government broadband in states like Louisiana, Utah, and Tennessee. Next year is already shaping up to be another year of battles and Federal Communications Commission (FCC) Chairman Tom Wheeler appears ready to go up against states that don’t want government forcing taxpayer-funded broadband and its massive costs on their residents. Congress needs to stop this abuse of power by the FCC and allow states to decide. Read more about broadband here.

The FCC and President Obama have been looking at net neutrality for years and in 2014 there were court decisions, public filings, and even White House actions all impacting the fight over net neutrality. In 2015 it is likely that this issue will continue to dominate the tech/telecom sector but rest assured, TPA will be on the front lines working to prevent any reclassification of the internet to Title II. Congress needs to step in and make sure that any policy decisions that could impact the future of the Internet are based on what’s best for the Internet and not government regulators. Read more about net neutrality here.

A new auction in 2015 for government spectrum mark the last on our list of resolutions. With much of the best spectrum owned by the feds, the time is now to free some of that spectrum onto the market and allow businesses to better serve the public and consumers by having an open auction process where the spectrum can be obtained for the highest value, giving the best return to taxpayers. Read more about spectrum here.

That’s all for our resolutions list, and TPA hopes that Congress will be able to get the message! New leadership has given the Senate and House a unique opportunity to make good on some of these resolutions and work on some new ones too! From all of us at TPA, have a safe and happy New Year!