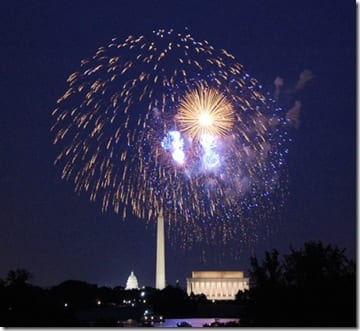 Every New Year millions of Americans resolve to change their ways and improve their lives by making New Year’s resolutions such as losing weight or changing their behavior to live a healthier lifestyle.  In the spirit of those resolutions, the Taxpayers Protection Alliance (TPA) urges Congress and the whole federal government to resolve to go on a fiscal diet and change their wasteful spending and regulatory habits.  And, we will be following up on each and every one of these issues (and more) in 2014.

The spirit of giving is what the holidays are all about. With that thought in mind, The FCC needs to continue to move toward freeing up and selling more wireless spectrum. The benefits to taxpayers and wireless consumers couldn’t be more obvious. Read more about spectrum here.

The federal government needs to break the bad habit of asking taxpayers to pay for broadband networks across the country through the RUS and other government programs. These taxpayer-funded flops have proven time and again to be an unrealistic goal that’s not worth the cost. The Chattanooga EPB government-owned network has been especially bloated. Read more about broadband here.

Corporate Tax Reform
Congress should get the tax code in better shape and do something on tax reform, specifically the corporate tax rate. The beneficial value of such reform is would do wonders for the health of US economy. Read more about the corporate tax here.

2013 was a terrible year for taxpayers looking to lawmakers to break their nasty habit of finding new ways to get more money. This past year there was a slew of tax increases (some based on new taxes altogether) on wireless, tobacco, gas, and even rain! 2014 should be a year when lawmakers at the federal and state level focus on ways to cut spending, rather than simply increase taxes on goods and services. One encouraging piece of news is the Wireless Tax Fairness Act of 2013 (H.R.2309) in the House. The bill has 218 cosponsors already, so 2014 should be a great year for this needed legislation. Read more here and here.

The lack of transparency from the GSA when it comes to their relationship with the US Green Building Council is something that should be given up this year. TPA will continue to expose why LEED is bad for taxpayers and businesses, and why light should be shed on how LEED standards are really developed and alternative ways to go green that don’t burden taxpayers.  Read more about LEED here and here.

Fracking and Renewable Fuel Standard
Trying new things is a resolution popular with many of those who are looking for ways to improve their outlook. TPA will continue to urge development and exploration of new energy sources, as well old sources. The Keystone XL Pipeline and Fracking should be a major part of our energy policy going forward, while the counter-productive and costly Renewable Fuel Standard should not. Read more here.

If spending more were a New Years resolution, DC would have the best average for resolutions kept! Congress should resolve to pass a fiscally responsible Farm Bill that breaks farmer’s fiscal dependence on taxpayers.  And, the diet shouldn’t consist of duplicative catfish programs.  Read more about the Farm Bill here.

Trimming the fat in Washington should be a top priority as we look at what resolutions are worth making in 2014. Congress should go on a diet and cut spending where there is waste/fraud/abuse. Read more on wasteful spending here.

Congress must force the government to be less nosey and reign in the NSA’s overreaching domestic surveillance programs. The battle over privacy vs. security was a major part of the National Defense Authorization Act debate in 2013. In 2014, let’s end the debate and rein in the program. Read more about the NSA surveillance programs here.

Getting slimmer without doing harm is something many individuals resolve to do each year. It’s time for the Pentagon to do the same. TPA will urge lawmakers to make responsible spending cuts to the Pentagon’s budget. Read more about defense spending here.

Well, there you go Congress, your New Year’s resolution list for 2014.  Even though your popularity is at an all time low and a new poll sows that 73 percent of Americans think that the last year that you did nothing to address the nation’s problems, TPA believes in you and think that you can make 2014 a better year for taxpayers.