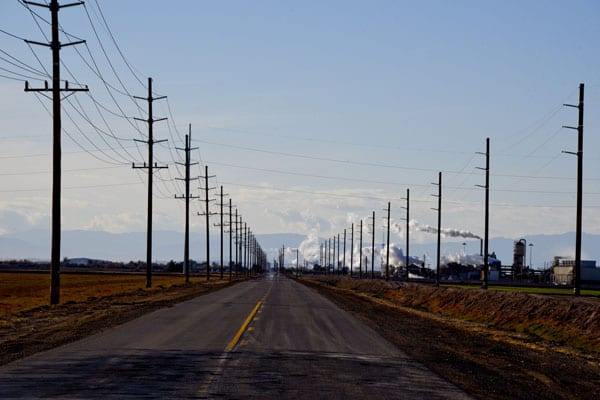 To Deploy 5G, Streamline Rules at All Levels

Hundreds of regulations have been rolled back over the past year and a half, resulting in billions of dollars in savings to consumers and taxpayers.  Telecommunications policy has been no exception, with the easing of permitting restrictions by the Federal Communications Commission (FCC) and the nixing of Title II internet rules. But federal rules are far from the only impediment to 5G deployment;  Fees and rules set by states and localities will continue to hamper innovation if left unchecked. Members of Congress have an opportunity to hasten the arrival of 5G, but face the difficult task of limiting state and local interference in 5G rollout while rejecting a one-size-fits-all solution. Fortunately, the STREAMLINE Small Cell Deployment Act (S. 3157), introduced by Senators John Thune (R-S.D.) and Brian Schatz (D-Hawaii), achieves this balancing act and paves the way for faster and more reliable internet. With right-sized regulatory reform rooted in federalism, lawmakers can pull America to the front of the technological frontier.

It’s difficult for Americans to envision 5G technology, which is currently limited to small-scale demonstrations across the globe. But, according to an Accenture study, nearly 800,000 small cells the size of a pizza box will need to be deployed by internet providers between now and 2026 to make national 5G a reality. These deployments will pave the way for internet speeds hundreds of times faster than the status-quo and allow low-cost forays into rural areas currently too expensive to service.

But “super Wifi” cannot be taken for granted and depends on permissive policies by governments at all levels. Currently, some cities in California are charging anywhere from $2,600 to $11,000 to rent space on telephone poles owned by the localities. Data collected by the Federal Communications Commission’s (FCC’s) Broadband Deployment Advisory Committee shows significant variation in wireless attachment rental fees across the United States, at a time when internet providers are mulling hundreds of billions of dollars in 5G small cell investments.

And even if these significant cost barriers are somehow overcome, tedious application review processes by city governments creates additional expenses. The careful scrutinization of antenna designs, impact on property values, and landscaping rules violations has led to 800-day waits in some municipalities. The FCC has attempted to fix this issue by introducing shot clocks that limit the amount of time for review, but application processing times have still proven too long. If physical structures stand to be “significantly modified” by wireless attachments, the usual 60 day shot clock can be extended an additional 1 to 3 months. For existing infrastructure, S. 3157 would limit the consideration period to 60 days for existing infrastructure. This is not a one-size-fits-all solution, as small communities would be granted significantly-more wiggle room in extending out their decision-making process. And, in a strong break from the status-quo, access fees charged by localities would have to be grounded in actual costs stemming from wireless deployments.

Proposed legislation would ensure that the federal government remains in the backseat, while state and local governments lead the way in 5G deployment. City officials would still have every right to deny 5G applications, if concerns over costs prove to be too great. In some cases, for instance, it would make more sense to replace an old pole before adding on wireless infrastructure. S. 3157 would enshrine this right, so long as the decision-making process happens openly and transparently. The tendency of local officials to make closed-door decisions to the detriment of the citizenry is an affront to federalism, rather than a validation.

5G technology offers a gateway to a faster, more secure internet, and will improve the quality of life for all Americans. These advancements, though, can only happen if governments at all levels are willing to give a green-light to wireless deployment.

Reasonable concerns must be ironed out quickly in the light of day. But there’s a way to accomplish this quickly and efficiently. The STREAMLINE Small Cell Deployment Act builds a bridge to the technological frontier, at minimal expense and wait for consumers..