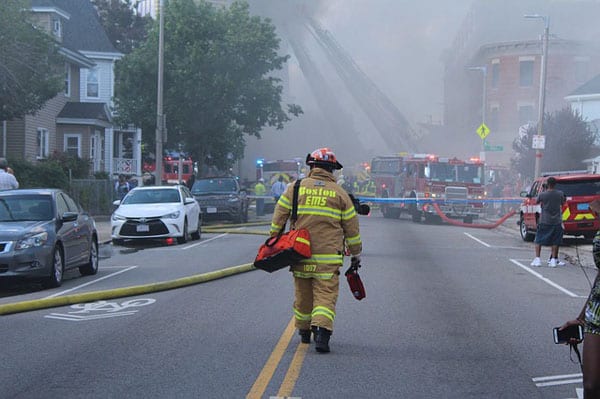 Arizona, Kansas and Nevada are the latest states to opt-in to FirstNet, the first broadband network dedicated for use by police officers, firefighters and emergency medical personnel.

With the money already allocated from the federal sale of spectrum, opting in to FirstNet is a fiscally responsible decision that more states should consider.

There are now more than a dozen states that have chosen to partner with the First Responder Network Authority, a system that grew out of a 9/11 Commission recommendation calling for interoperable communications for first responders in the United States.

America’s first responders use an estimated 10,000 different networks for communication. Those networks often don’t interoperate, which limits the ability of those responders to communicate with each other during emergency situations.

“Public safety is of the highest concern,” said Nevada Gov. Brian Sandoval in announcing the Silver State’s decision to opt-in. “Increasing the safety of our residents, visitors and first responders through FirstNet was the right choice. From volunteer emergency responders in rural communities to those on the front lines in populous areas, our public safety community deserves access to the cutting-edge technologies they need to get the job done.”

Congress chartered the independent authority within the U.S. Department of Commerce in 2012, and charged it with ensuring the construction, deployment and operation of a nationwide broadband network for first responders.

AT&T won a competitive bid to form a public-private partnership with FirstNet in March to build and manage the network in all states that agree to take part. The authority chose that route to avoid a hodgepodge system and reduce possible delays in getting each state’s system up and running.]

FirstNet will provide 20 megahertz of telecom spectrum and will spend $6.5 billion over the next five years for the network build out. Maybe the biggest surprise is that taxpayers will not be funding FirstNet.  The money was raised by a Federal Communication Commission spectrum auction.

Plus, AT&T will spend an estimated $40 billion over the 25-year life of the FirstNet contract, recouping its investment by selling internet services to local responders. Rather than start from scratch, the partnership will utilize AT&T’s existing infrastructure.

Representatives of FirstNet and AT&T have crisscrossed the country to meet with 42 states and territories to discuss the state plans after they were released in June. FirstNet has worked with states and other localities since 2013 to tailor customized plans to meet local needs. States now have the option to opt-in or opt-out – the latter not making much fiscal sense considering the state-of-the-art networks will be developed at no cost to states.

States that opt out could also face significant costs to pay for ongoing operations, maintenance and technology upgrades to ensure their networks remain interoperable with the nationwide network. They’d also have their own financial obligation to handle technological improvements that would likely be necessary during the 25-year life of the contract.

There is no mandatory obligation for local responders to use FirstNet service in states that opt-in. Each public safety group can choose whichever vendor and service best meets their needs, so this just provides them a robust new option.

“Joining the FirstNet network is one of the most economical and technologically advanced decisions a leader can make for the safety of its residents and first responders – as well as for the safety and security of the country,” said former Pennsylvania governor and Homeland Security Secretary Tom Ridge. “The network will help transform how the nation’s fire, law enforcement and EMS personnel communicate. First responders will be able to coordinate and respond more quickly and effectively during emergencies and everyday situations.”

FirstNet is expected to better enable advanced emergency responses, such as wearable sensors and cameras for responders and drones that can deliver real-time images of fires, floods and other emergency situations.

States owe it to their residents – and their pocketbooks – to opt-in to FirstNet. It will not only save taxpayers money, but may also help responders better save their lives.