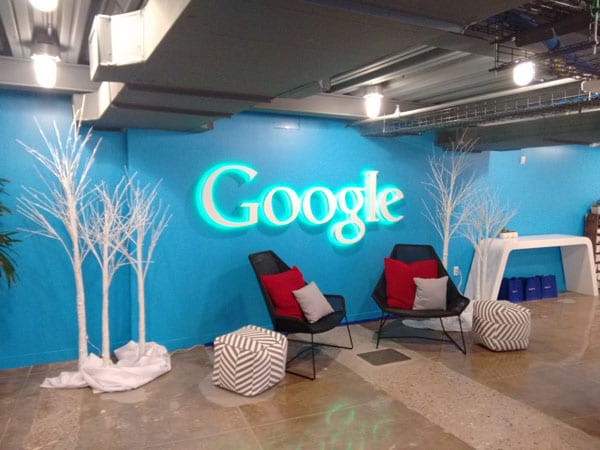 Google Fiber Moves Toward Wireless, Leaving Taxpayers in the Lurch

This article appeared in The American Spectator on May 23, 2017.

Google Fiber’s recent announcement to potential customers in Kansas City that they won’t be served is part of a trend by the tech behemoth of pulling away from its fiber broadband business.

And the biggest insult is that much of that business grew thanks to governmental concessions and taxpayer handouts.

KSHB in Kansas City recently reported that numerous customers who had been on a waiting list for Google Fiber for up to 18 months were recently notified they wouldn’t be getting the service with no detailed explanation.

“Although we’ve been working hard to bring you service, we’re unable to build our network to connect your home or business at this time,” the email reads. “Unfortunately that means we need to cancel your Fiber account.”

Kansas City was Google Fiber’s maiden voyage into the fiber broadband business, but a planned expansion is evidently now on hold. But Missouri’s largest city is far from the only metropolis where Google Fiber is downsizing its plans. In October 2016, the company announced its Alphabet division that operates Google Fiber was laying off or reassigning 9 percent of its staff and pausing or quitting fiber construction in 10 cities in which it had planned to build networks.

Google Fiber is moving forward in Huntsville, Alabama, Irvine, California, San Antonio and Louisville, where network construction began in late April. The company had planned a cable television project in Irvine, but scrapped that idea.

In announcing the plans, Alphabet senior vice president Craig Barratt, who stepped down from his post, wrote that “in terms of our existing footprint, in the cities where we’ve launched or are under construction, our work will continue. For most of our ‘potential Fiber cities’ — those where we’ve been in exploratory discussions — we’re going to pause our operations and offices while we refine our approaches.”

The Oregonian pointed out that state and local government had already made plenty of concessions for Google Fiber. Oregon implemented a law exempting gigabit internet from property taxes and Portland created a franchise agreement with broader latitude than the standard that would have allowed Google Fiber to cherry-pick its customers in more affluent areas.

The cost to taxpayers is staggering. The estimated tab for the Google Fiber network just in Portland was $300 million, and the company had found sign-ups to be slower than expected in other markets.

San Antonio allowed Google Fiber to construct “fiber huts” that served as hubs to house the infrastructure needed for broadband network buildouts. But the eyesores — as big as a small house — annoyed residents, who also complained about construction noise near their homes.

Brent Skorup, technology policy program research fellow at the Mercatus Center, calls Google Fiber a “grand experiment” that raised some good issues, such as how governments can streamline applications for companies to build broadband infrastructure.

“I think it turned out to be harder than they anticipated, the challenge of building infrastructure,” he said. “And they found the competition stiffer than they expected.”

Google Fiber’s entry into the market has caused its rivals to up their games. Verizon, for example, recently launched its gigabit-esque FiOS Gigabit Connection service (it clocks in at 940 megabits per second) in several cities with comparable prices to Google Fiber.

To pave the way for Google Fiber, cities like Louisville and Nashville created new ordinances known as “one-touch, make-ready” that would allow a single contractor to move existing telecom equipment on utility poles to make way for new infrastructure. Legacy carriers like AT&T and Charter blasted the new laws, saying they didn’t offer proper redress in case of damage and could violate existing union contracts. They sued and the matter is still tied up in courts.

“These companies feel it’s unfair the new companies can come in with fewer restrictions,” Skorup said.

He said governments must walk a fine line in such matters, creating “tricky political judgment.”

He noted, though, the practice has gone on for decades, given that governments allowed AT&T to build a virtual telephone monopoly in the early 20th century. There was a quid pro quo in which Ma Bell got easy access to build its telephone network in exchange for completing public service projects. The practice continues today, as various telecom companies get federal money in exchange for expanding their networks to unserved and underserved areas.

Take the Federal Communication Commission’s Connect America Fund. Telephone customers pay an extra fee on their bills to the Universal Service Fund, some of which goes to the Connect America Fund the FCC is using to expand broadband service to rural America. In the latest round of funding, ISPs accepted $1.5 billion in subsidies with the goal of connecting 23 million Americans.

Now, Google Fiber appears to be shifting its focus toward wireless, rather than expensive-to-lay fiber. Last summer, the company purchased wireless internet provider Webpass, which serves San Francisco and a few other cities using point-to-point technology in high-density areas. It’s not quite as fast as fiber, but it’s much cheaper to build.

Skorup can envision a future in which Google Fiber focuses on wireless broadband in more rural areas, where there’s both less competition and fewer restrictions.

“I think that’s their next step,” he said. “It doesn’t require quite as many regulatory hoops.”