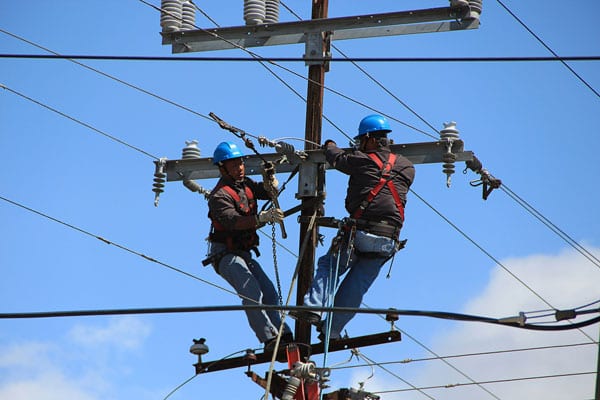 The AIRWAVES Act would create a pipeline of spectrum auctions for commercial use and help the U.S. lead the world in 5G development.  But, like any legislation, it should be done the right way to ensure that the sale of spectrum doesn’t play favorites and that decisions on the use of spectrum be technology neutral.

This legislation, from a bipartisan group of senators and congresspersons, intends to reallocate spectrum and encourage wireless deployment to underserved rural areas with its plan for a series of spectrum auctions beginning later this year.

Federal Communications Commission (FCC) commissioner Brendan Carr, the panel’s wireless czar, has touted the need for regulatory relief and spectrum allocation to keep the U.S. in the lead on 5G development, much as it led 4G growth.

“They saw the U.S. leadership in 4G and they want to try to beat us to the punch in 5G, whether it’s Europe, countries in South America, Korea, Japan. They’re all moving very aggressively, both on a spectrum and infrastructure front to get the lead in 5G,” he said in a recent interview with the Taxpayers Protection Alliance Foundation.

It’s expected that the wireless industry could invest $275 billion, generate $500 billion in economic growth and create 3 million new jobs in the quest for 5G. The emerging technology will provide download speeds of around 1 gigabit per second and support significantly more devices than current networks.

But only with the policies in place that will encourage that growth.

The legislation would also require auctioning up to 500 MHz of mid-band spectrum between 3700-4200 MHz in 2022, which would aid global harmonization because other countries are using those bands for 5G. Given that network programmers, broadcasters and cable operators rely on the C-band (3700-4200 MHz) to carry much of the nation’s video programming, it is important to protect these existing operations while exploring the goal of freeing up more of this spectrum. Nailing down specific bands in this manner will encourage investment by allowing wireless carriers to better plan their 5G networks for maximum efficiency.

The bill also sets aside money to help unserved and underserved areas. The AIRWAVES Act would allocate 10 percent of auction revenues for rural wireless growth.  It is important that any money be allocated to unserved areas and be technology neutral.

An additional component of the legislation would require the FCC to study how unlicensed spectrum impacts health care, education and agriculture in rural areas, as well as how it generally affects broadband access.

The AIRWAVES Act also stipulates that underused spectrum should be repurposed. It tasks the National Telecommunications and Information Administration with reporting on relocating federal operations in the 1300-1350 MHz and 1780-1830 MHz bands. Previously, the Bipartisan Budget Act of 2015 had required 30 MHz to be identified for repurposing in this lower band, but the AIRWAVES Act increases this number to 100 MHz.

The private sector can now exclusively access less than 32 percent of spectrum bands below 3100 MHz, where the majority of current wireless communications occur.

The legislation also asks the Government Accountability Office to study how efficiently federal entities are paid when they voluntarily vacate federal spectrum.

Lastly, the bill would explore using the bands between 5925 and 8400 MHz for unlicensed use.

As consumer demand increases, and the speed of technology grows by leaps and bounds, establishing a clear plan for spectrum auctions will only help the U.S. lead in 5G growth, to the betterment of its citizens.

The AIRWAVES Act is progress, but especially when selling spectrum, Congress should avoid favoritism and make sure that spectrum is used in the most efficient manner.