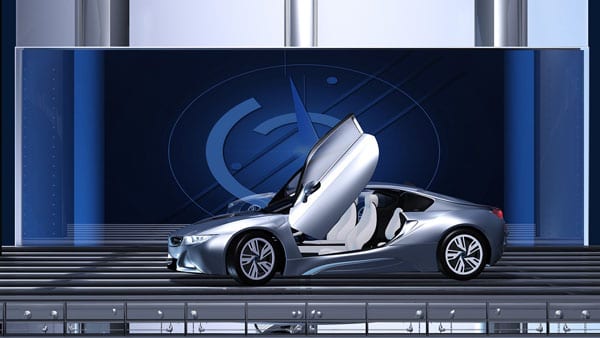 Driverless cars are the latest sensation sweeping the nation, with forecasts abound of robots taking the wheel in short order. Limited government enthusiasts paint the issue as a simple matter of the government getting out of the way and allowing companies to bring autonomous vehicles to a highway near you. Now, as Congress considers legislation preempting state rules on driverless vehicles, federalism may go by the wayside to ensure an autonomous future. Despite the optimistic language used by the “driverless right,” the hype surrounding this technology does not match up to reality. As with the advent of “renewable” technologies like solar and wind, futuristic hype is being used as a pretext for strapping billions of dollars on taxpayers.

As Brookings Institution scholars Kevin C. Desouza and Kena Fedorschak have noted, any driverless car revolution will have a gargantuan impact on tax collection across the country. Municipalities readily fill their coffers with traffic ticket revenue, with some cities deriving more than half of income from the misdeeds of motorists. The advent of driverless cars, and their speed governors, would destroy this revenue collection system, leaving panicked localities with a shortfall of funds. But before you pop open that bottle of champagne to celebrate your liberation from the “fuzz,” governments across the US will surely devise strategies to recoup their lost dough. Some likely scenarios include steeper registration fees, Israeli-style 80 percent car taxes, or higher property taxes.

And, unlike collecting revenue via traffic tickets, raising these taxes take the element of choice out of forking over money to the government. Sure, speeding tickets are often arbitrarily enforced, but choosing to drive within the confines of the speed limit will likely keep you out of trouble. Broad-based taxes like registration “fees” indiscriminately punish everyone, sinner and saint alike. High registration fees often sneak below customers’ radars, but threaten to engulf driverless and old-fashioned cars alike in mountains of expenses. Questions over revenue would come amidst changes in infrastructure that localities would need to undertake to accommodate driverless vehicles.

In addition to the revenue issues, technical problems threaten the rise of the driverless cars.  For example, the color of traffic lights is not detectable to vehicle cameras when the sun is immediately behind the light. Governments’ interface for alerting cars to proceed cautiously in construction zones is designed for humans, and would need to be revamped in order to convey the same information to robots. These adaptation costs would likely add up quickly, even if we were assured that driverless cars would eventually be able to improve sufficiently to deal with these problems. Behind the sleek veil of autonomous technology lies hidden costs to be borne by taxpayers for years to come.

Based on these considerations, overly optimistic predictions that rely on the idea of “autonomy as panacea” are setting the stage for failed expectations. In present form, “autonomous” vehicles have an unproven safety record and rely on humans to take the wheel in emergency situations. Despite being trumpeted as a far-safer alternative to the status-quo, there simply is not enough data to prove the point. Based on vast sums of data, researchers have figured out that the average, current car with a driver will cause a fatality (and seventy injuries) after 100 million miles on the road. Driverless cars have driven less than 10 million miles, making any comparison futile. That’s not to say that tech. firms and researchers should not invest more time and money to figure out how to solve these issues.

But, contrary to some previous libertarian analysis of the issue, the government cannot simply sit at the sidelines. Like it or not, federal and state governments have a history of providing infrastructure goods to citizens, and cannot simply remain neutral to transformative technologies. At some point, governments must decide whether it will fund the infrastructural and legal liability changes necessary to accommodate autonomous vehicles.

That time, however, is not now. Prematurely hyping up driverless cars will result in jumping the gun, to the tune of billions of taxpayer dollars. There have already been calls in the Obama and Trump Administrations to spend billions in researching and developing autonomous vehicles, despite the federal government’s poor track record in financing similar ventures. By keeping their feet on the brake pedal, lawmakers can ensure that taxpayers are kept off the hook for promising technologies that don’t live up to hype.