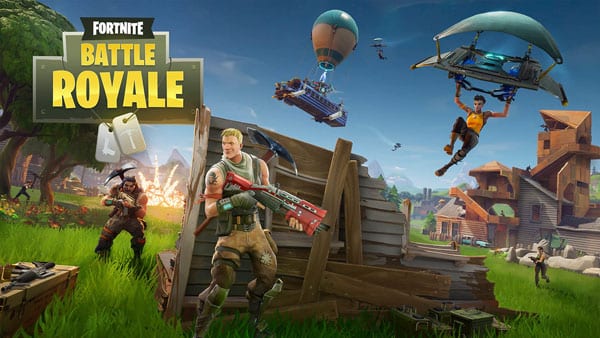 This article was originally published on CapX on May 16, 2019.

Many nostalgia-plagued millennials fondly reminiscence about the 1990s, when movie tickets were less than $5 and a Sports Illustrated issue cost just a couple of bucks. But one popular pastime has actually gotten cheaper over the years: video games.

But if US government bureaucrats get their way, video games may not stay cheap for long. Lawmakers and the Federal Trade Commission (FTC) are keen on “investigating” in-game purchases that result in a better gaming experience for all users. To ensure lower prices and continued high-quality gaming, the government should leave the role of evil villain to the likes of Bowser—and not get involved.

Amazingly, video game prices have stayed at around $60 for over a decade. So adjusting for inflation, games cost a fair bit less than they used to. The product is better too – games are now more intricate, with superior graphics that give gamers an even bigger bang for their buck. Game developers have managed to keep prices so low by offering “loot boxes” which give players the chance to reap in-game goodies for an additional price.

But these paid upgrades are, for some reason, incurring the wrath of lawmakers and government bureaucrats who apparently have nothing better to do, like fixing our crippling national debt. The federal crusade against loot boxes began last year, when Sen. Maggie Hassan (D-NH) criticised the Entertainment Software Rating Board for being too lax in policing “gambling”. Hassan called for an FTC hearing on the issue, and she got what she wanted, Now the FTC is spending taxpayer money to “hold a workshop” on the issue. While this issue is fairly new to the commission, gamers are all too familiar with in-game purchases available to improve their favorite titles.

Gamers traipsing through FIFA 19 and Injustice 2, for instance, will notice a range of interactions, light quality, and detailed stories previously unknown to the gaming world. For an enriched experience, gamers can buy surprise packs that could feature “vintage” footballers or gear. Most users do without these purchases. But the minority of users that buy loot boxes shell out a pretty penny.

Two studies of mobile games confirm that less than 10 per cent of gamers account for a majority of games’ revenue, and this small base has proven a useful tool for financing rising game development costs and keeping overall costs low for everybody else.

After all, video games aren’t cheap to produce. In fact, because they’re getting better (increased nuance and realism) development costs increase around tenfold every 10 years. But to regulatory zealots, it’s unacceptable that the small number of  “vulnerable” gamers that pay for added gaming benefits are being “exploited” by greedy entertainment executives.

Maybe government officials should just ask gamers themselves how they feel about allegedly exploitative practices, instead of sticking their noses in where no one asked them to. Around three-quarters of gamers aren’t even familiar with loot boxes, as they are far from ubiquitous. Of gamers who have a view on how loot boxes impact the industry on the whole, 43 per cent think they are a positive thing, whereas 57 percent have a negative perception. But the key point is that even amongst gamers with a negative impression of loot boxes, no one is calling for government intervention.

Clearly loot boxes are a divisive concept in the gaming community (just go on any gaming Reddit thread on the topic). But the products still have a large fan base of paying consumers that recognise the benefits and are willing to pay for them. Government restrictions would keep these gamers from getting what they want with their hard-earned money.

Unfazed by the idea that gamers can choose not to buy loot boxes, bureaucrats now have a cause to fearlessly stand against. In a letter to the FTC, Sen. Hassan said the practice, “raises several concerns surrounding the use of psychological principles and enticing mechanics that closely mirror those often found in casinos and games of chance”. Never mind that loot boxes are nothing like playing slots or spinning the wheel. Gamers opening loot boxes will always get something, even if they aren’t sure what their prize will be. Further, even if they “hit the jackpot” and win a coveted in-game prize, said prize doesn’t confer any real-world value — which is required to fit the definition of gambling.

That’s not to say that loot box systems are never excessive, or don’t annoy gamers. Early players of Star Wars Battlefront II, for instance, felt that the game’s progression relied too heavily on loot boxes. But the market did its job, and producer Electronic Arts rolled back loot boxes from the game, vowing to keep the game’s progression completely merit-based (i.e. by using “experience points” instead of paid “star cards”).

At the end of the day, gaming companies must cater to the demands of their vociferous fanbase. Overstep their bounds, and they’ll get bad reviews in an uber-competitive market, and sales will fall as a result—so there’s no need for government to get involved.

The market works to keep video game prices from increasing and producers from relying too heavily on paid in-game transactions. Any proposed regulations would probably just keep willing buyers from accessing loot boxes, and producers would have no choice but to raise game prices for everybody. So instead of relying on heavy-handed rules, the government should take a step back and, perhaps, focus on something else more important than killing video gamers’ joy.