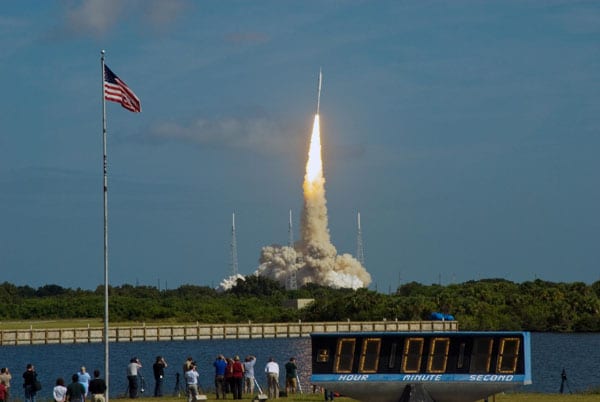 Growth of Private Flight can Shield Taxpayers from NASA Waste

Another expensive boondoggle by the National Aeronautics and Space Administration (NASA) shows that the government needs to reevaluate its celestial spending.

The latest gaffe is that NASA was forced to delay the launch of the $8 billion James Webb Space Telescope another year, just the latest in a decadal saga of overruns and “restructuring.” Despite an inappropriately quiet announcement of the delay, Congressional rumblings have been kept to a minimum.

The lack of outrage is hardly surprising when criticism of NASA inevitably caves to the cult religion of space exploration. When scientific endeavors of any kind receive federal funding, merits are hard to judge objectively because of the far-flung, esoteric goals promised by scientists and policy makers. While NASA’s unique mission should be taken into account when evaluating the administration, Congress needs to hold NASA accountable and nix needless spending.

NASA has enjoyed “sacred cow” status in Washington for decades, despite problems in execution and priorities endemic to any other area of government. The New Horizons mission to Pluto was initially estimated to cost $650 million, but that figure crept up to $720 million by the end of the probe’s journey.

Now, as President Trump proclaims that “American footprints on distant worlds are not too big a dream,” taxpayers ought to be especially wary.  As Los Angeles Times columnist Michael Hiltzik has documented, planetary exploration has been a goal on the mind of every U.S. president for the past several decades.

But having astronauts plant flags on alien worlds carries a hefty price tag, as additional health and safety precautions increase costs by billions. Items taken for granted by the public, like spacesuits, may be inadequate to meet the rhetorical needs of politicians.

The Office of the Inspector General believes that there is a “significant risk that a next-generation spacesuit prototype will not be produced in time for testing on the ISS before the Station’s planned retirement in 2024…. NASA must deal with a dwindling number of flight-ready spacesuits and with mitigating risks related to their design and maintenance.”

These delays come despite a $200 million price tag over the past decade. Included in this sum is $81 million in “unclear value” amidst a dubious Council of State Science Supervisors contract.

Faced with a growing pile of delays and cost overruns, lawmakers face limited options in reigning in NASA. One option is incentivizing a greater reliance of private providers for future undertakings in space. NASA has already taken some steps in the right direction, relying on companies like SpaceX and the United Launch Alliance (ULA) for payload deliveries to space stations.

NASA has benefited considerably from the Falcon 1 and Falcon 9 rockets developed by SpaceX, and have relied on both models to transport cargo into outer space. Development costs for both rockets combined totaled around $400 million, compared to the astounding $4 billion that NASA would have spent to come up with a similar technology.

Complex, billion-dollar deals between government agencies and private companies should naturally give taxpayers cause. But unlike in the public sector, mistakes made by private companies actually winds up decreasing costs borne by taxpayers. NASA, for instance, uses SpaceX’s occasional launch failures as a negotiating tool. This in turn incentivizes private space companies to be at the top of their game when headed into space.

SpaceX’s failures have been steadily decreasing since the company’s inception, while ULA boasts a 100 percent launch success rate.

In determining the future of NASA, lawmakers face a stark choice. They can continue to write the space agency a blank check, ensuring that cost overruns and questionable purchases are the norm. Or they can hold NASA accountable, and introduce private incentives into the mix that would hasten space exploration.

Policymakers have an opportunity to be “pro-science” while shielding taxpayers from astronomical expenses.