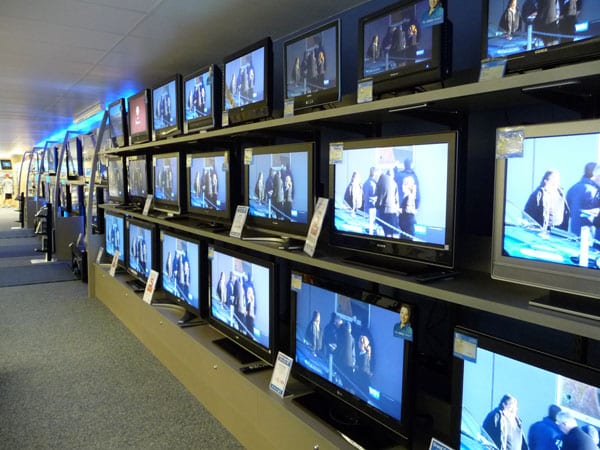 The Advanced Television Systems Committee (ATSC) 3.0 is an exciting development in the technology community. At least, that is what broadcasters would like you to think. Right now, they are looking forward to a promising revenue stream of targeted advertising and forcing every American with a television set to pay for it.

ATSC’s newest standard, ATSC 3.0, will succeed HD transmissions and offer many benefits including some improvement in viewing quality, over-the-air broadcasting, targeted advertising, and accessibility features for emergency services. However, none of these benefits are worth the costs and consequences that come with the aggressive rollout that broadcasters are fighting for.

Traditionally, transmission upgrades such as HD were deployed on a voluntary basis. Consumers who wanted to access the latest and greatest technology had the option of purchasing a new television set equipped to support that new standard. Those who chose to forgo the upgrade could still enjoy content on traditional streaming standards.

This new transmitting standard, however, will be incompatible with legacy television sets. It will essentially hold your content hostage unless you fork over the cash for a new television set (and pay more in fees every month). That means everyone who wants to continue enjoying TV will be forced to buy equipment that can support the new ATSC 3.0 standard.

Technology should be following consumer purchasing trends instead of the other way around. Some have suggested that the Federal Communications Commission (FCC) ensure that ATSC 3.0 is deployed only with simulcast protections, meaning that legacy televisions will still have access to content without new equipment. This, after all, is what the FCC did the last time broadcasters proposed to change their standard.  This compromise would benefit consumers significantly, but broadcasters are pushing back against a solution that threatens their government-sponsored monopoly.

Without simulcast protections, the ATSC 3.0 rollout would harm consumers, whether a station switches now or five years from now. That is because ATSC 3.0’s smooth roll-out is predicated on the idea that most people purchase new televisions often. That is simply not the case. The average age of a television set in the United States is 5 years old.

ATSC 3.0 problems extend well beyond forcing consumers to purchase new equipment. Not only will they have to buy a product that they do not necessarily need, they will likely still have to pay a higher price to access this new standard through their pay TV provider.

Every pay-TV subscriber would have to pay more, even if few of them could actually view the new standard.  Ownership of Ultra High Definition TV only comprises of 14 percent of total worldwide television sales. The pay-tv-industry will undoubtedly experience disruption through losing some those customers. At a time when the industry is already experiencing significant instability from the rise of streaming services, mandating ATSC 3.0 transmissions is a market disruption that can (and should) be avoided at all costs.

These price increases will cause subscribers to abandon their pay-TV providers. Already consumers are turning to streaming services in troves as a more affordable alternative to TV broadcasting. If cord-cutters believe they can escape the higher costs of ATSC 3.0, however, they are sadly mistaken. The new transmission standard affects not just pay-tv-programming but also online streaming. ATSC 3.0 requires far more bandwidth on pay-TV systems, leaving less room for Internet services.  more internet data to access.

ATSC 3.0 presents a myriad of problems to both consumers and the digital economy. The responsibility of adapting this groundbreaking standard should fall on consumers instead of the government. Rather than steering consumers towards the latest and greatest product, the FCC should instead remain consistent in efforts to bridge the digital divide. Moving forward with technology upgrades while millions of Americans lack internet access will only exasperate the problem.