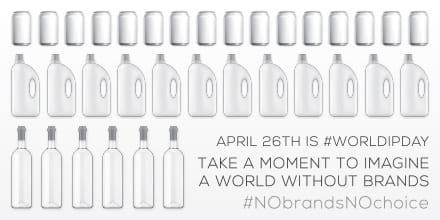 This Sunday, April 26, is World Intellectual Property Day ( World IP Day) and the theme for this year’s observance is the protection of the intellectual property of music.  World IP Day brings attention to the importance of intellectual property and why it is such a major part of the innovative foundations that have helped to generate a tremendous amount of economic impact not just in the United States but around the world. Even though this year’s focus is on music, there are many battles being fought around the world including countries forcing companies to give up their brands through plain packaging.

MUSIC – The Sweet Sound of Progress

From Renaissance and classical masterpieces all the way to today, music has been a cornerstone of creativity for centuries.   Protecting creators of this music should be front and center of any discussion about intellectual property.

On April 13 H.R. 1733, the “Fair Play Fair Pay Act of 2015” (see the bill here) was introduced in Congress by Reps. Jerrold Nadler (D-N.Y.), Marcia Blackburn (R-Tenn.), John Conyers Jr. (D-Mich.) and Ted Deutch (D-Fla.). The bill would bring clarity and a level playing field on one of the key debates regarding the issue of copyright when it comes to how artists are compensated when their music is played on certain stations. Ed Christman of Billboard reported on the recently introduced legislation:

Today, four members of Congress — House Democrats Jerrold Nadler, John Conyers Jr. and Ted Deutch and Republican House member Marsha Blackburn — introduced the “Fair Play, Fair Pay Act of 2015,” which, if passed, would require terrestrial radio stations to join satellite and internet radio and in making payments to performers for their broadcast on radio. In addition, the act would also require all forms of radio to pay master recordings royalties on music made prior to 1972, and do away with any grandfathering under the Digital Millennium Copyright Act which allowed certain older digital services to pay discounted rates.

TPA supports the legislation because the bill would prevent the government from picking winners and losers in the radio market by ensuring that no exemptions are given to certain industry players. The legislation would also bring an end to market distortions on the radio airwaves by doing away with special giveaways that are not needed and harm competition.

There is also another piece of legislation released this week by Reps. Marcia Blackburn (R-Tenn.) and Anna Eshoo (D-Calif), the “Protecting the Rights of Musicians Act.” The bill would ensure music creators are able to claim duly earned credit and compensation for their content, but it would also prevent the Federal Communications Commission (FCC) from implementing a mandate on mobile electronic device designers that is driven solely by special interests as opposed to consumer demand and creative forces that help to innovate technology everyday. TPA is supportive of both bills and they come at an opportune time with World IP Day being focused on music and musicians and how their IP rights must be respected, strengthened and celebrated.

The latest news on plain packaging is a reminder of why those interested in bolstering IP should be worried. In France, the war against tobacco is full steam ahead as the nation’s Parliament moved a measure that would require all tobacco companies to use plain packaging on their products. According to Reuters:

France, home of historic Gitanes and Gauloises cigarettes with their iconic blue-and-white packaging, will require all tobacco companies to sell their wares in plain boxes from next year in an anti-smoking crackdown.

The measure is part of a reform passed in the lower house of parliament on Tuesday that also includes laws aimed at fighting anorexia, and new arrangements for funding consultations with doctors which have triggered major street protests by medics.

Tobacco firms will from May 2016 have to sell cigarettes in plain packaging with photographs of internal organs damaged by smoking, with the brand appearing only in small lettering.

Along with the new rules imposing plain packaging, the measure also included a tax increase by way of “an extra tax on cigarette manufacturers if their turnover either rises or fails to fall less that three per cent, the government’s target for the reduction in sales.”

Simply put, these are the types of policies that harm economies, cost taxpayers, and hit small businesses. France is doing it wrong, and they need look no further than what has happened in Australia. The experiment of plain packaging down under has been a disaster:

TPA hopes France will reconsider before the consequences of such anti-free market and anti-IP policies really have an impact.

These are only two examples of intellectual property.  But, as another World Intellectual Property Day comes and goes, protecting intellectual property becomes more apparent and more urgent.  Advocates for IP must be prepared to fight against plain packaging in all forms and in all places; and push for commonsense reforms that help encourage innovation, like the pieces of legislation on music and copyright that were recently introduced.