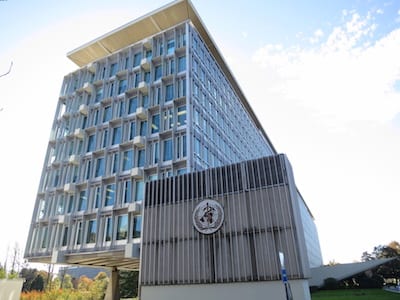 When Citizens In The "Nanny State Capital Of The World" Question The World Health Organisation, You Have To Sit Up And Listen

This article originally appeared in The Huffington Post (UK) on September 22, 2016

Recently, Australia had the dubious honour of being labelled the ‘nanny state capital of the world.’ While places around the world are dealing with serious health epidemics like Ebola and Zika, politicians in Australia have been focused on intrusions into people’s personal lives in the name of public health.

Sadly, Australia is not alone in its quest to become a global ‘nanny state’ superpower. The truth is that Australia will never be able to compete with the taxpayer-funded World Health Organisation (WHO) under the leadership of Margaret Chan.

We live in a globalised world where pandemics like Ebola and Zika grip the attention of the global community. The reaction of the largest health organization, the WHO, is confusing and the WHO is distracted with social engineering.

For example, while the world was in the middle of an Ebola crisis in 2014, the WHO was forcibly kicking the media out of their Moscow meeting on tobacco regulations. This year, while fears of Zika spread throughout South America and the Caribbean, the WHO was presenting an award to a dictator in Turkmenistan.

Unless the WHO cuts its bureaucracy and focuses on real health crises, the next emerging pandemic may have catastrophic consequences for mankind. There is a legitimate question mark over the WHO’s ability to react to such rapidly-spreading diseases.

Smoking is one issue where, with an open mind and progressive thinking, the WHO can lead rather than struggle. Instead, the WHO would rather hold meetings and give awards to dictators in Turkmenistan and tell Syrians in the middle of a civil war to implement plain packaging regulations for tobacco.

Australia has been a staunch opponent of smoking and has some of the most stringent laws in the world to reduce tobacco use. Logically, it would make sense for Australian officials to support the WHO’s anti-tobacco crusade. But, in a recent report by former Australian Labor Minister Gary Johns, the WHO is condemned for its draconian policies and lack of transparency.

The most pointed criticism of WHO by Dr Johns is that under the current Director-General, Margaret Chan, anyone who disagrees with WHO policies relating to tobacco or vaping cannot contribute to their debates or meetings.

“The WHO FCTC is a closed shop which uses exclusion to silence debate,” said Mr Johns. “This is one of the many issues the next WHO Director-General must urgently address if the organisation is to survive. It is my experience, as a former Australian Labor Minister, that the most effective policies incorporate a wide range of stakeholders and viewpoints, even if you disagree. These meetings should be held in a transparent fashion and in public view.”

By its very nature, the WHO does not have world-renowned experts in every field – it’s impossible to do so even when it is inviting world leaders and their consorts to their conferences.

So why do they refuse to let media attend their event coming up in New Delhi in November?

Why, when there are so many millions of deaths from smoking, would they not want to have tobacco companies contributing to the debate and collaborating in order to find long-term solutions that benefit mankind?

Why do they reject all the science that suggests that electronic cigarette products are less harmful and could therefore cut deaths from smoking? Even if they do not accept the evidence, at least listen and discuss it in a forum where smoking-related issues are the focus. These meetings should be the exchange of ideas, not one idea.

And when illegal trading of tobacco products is running rampant and funding terrorism and organised crime, it would be valuable for the WHO (a United Nations organization funded by taxpayers) to work with tobacco producers, farmers and distributors (and even consumer groups) to ensure that counterfeit products, considered way more toxic than genuine tobacco, is stamped out. Even Interpol have been excluded from WHO meetings in the past.

Other UN conventions are open, encourage free debate with experts given the opportunity to share the platform to give the best opportunity for progress and benefit, while the WHO creates and issues reports in secret.

Where is the transparency that the United Nations is founded upon? Why does the WHO fear debate on issues that affect so many?

Mary Robinson, former UN High Commissioner for Human Rights, said: “If only those with power … would listen to and incorporate the experience of those who have first-hand knowledge of the reality of the situation on the ground – the results would transform the ideas of leadership and decision-making.”

The WHO would do well to heed such wisdom and encourage experts from all fields to help shape their policies and save lives.