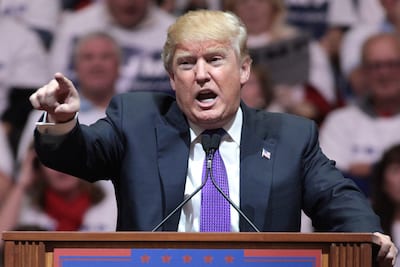 This article originally appeared in Inside Sources on November 16, 2016

President-elect Donald Trump has many challenges facing him as he prepares to take office in January. Perhaps his biggest challenge will be the Pentagon’s budget.

Even though Trump has talked about excessive spending and draining the swamp, his national security platform includes spending more on the military. Some estimate his increase will surpass $500 billion over the next 10 years, which is reckless considering the amount of waste at the Pentagon. Spending restraint at the Pentagon will not only be a challenge for Trump, it will be a challenge for Republicans reluctant to cut military spending.

The biggest problem the Pentagon faces is that the agency has never been audited. Despite it being mandated by law since 1995, the Pentagon has never submitted to a complete financial audit. The Defense Department cannot provide a full accounting of how it’s spending the taxpayer dollars it currently receives. It is common sense that a $600 billion agency be audited. And, as a businessman, Trump should understand the importance of an audit.

The first step that should be taken by Trump is to veto any military appropriations bill that contains earmarks. Last year, the Taxpayers Protection Alliance identified 365 earmarks worth $14.8 billion in the military spending bill. These were projects that were not requested by the Pentagon and added by members of Congress.

One of the most egregious items earmarked is $384 million for an extra Littoral Combat Ship. According to the Government Accountability Office “GAO suggests Congress delay funding for fiscal year 2016 LCS until the Navy submits a completed rough water trials report, acquisition strategy, and backlit plan; and consider not fully funding some or all LCS procurement pending analysis of these documents and the final survivability assessments.”

The GAO report further stated, “The vulnerability of the ship’s hull to various sea conditions also remains unknown. … Due to the dynamic nature of waves, the Navy cannot rely on modeling and simulation alone to provide an accurate assessment of a ship’s performance in rough seas.”

Trump must also eliminate the F-35. In last year’s military spending bill, Congress earmarked three additional aircraft for a total of $294 million. The F-35 has been plagued with problems for several years. Problems with research, development and testing have made it an easy target for those who expose government waste. In recent months the failure has continued with a blistering assessment from Michael Gilmore, the Defense Department’s director of operational testing. Gilmore wrote that “the advanced aircraft continues to demonstrate limitations related to its software, data fusion, electronic warfare and weapons employment.”

Another area that needs to be addressed is contracting reform. For example, in 2009, the Air Force began the process to replace a radar system that had been in service for nearly 50 years with the Three-Dimensional Expeditionary Long-Range Radar (3DELRR). However, after nearly eight years of delays because of the Pentagon contracting process, neither the warfighter nor the taxpayer has seen any return on investment. And from the looks of it, there’s no end in sight to the contract challenges.

Given the fact the technological capabilities and the threat environment have drastically changed over the last eight years; if an end is ever in sight, by the time the Air Force actually implements the 3DELRR, it risks the system already being outdated. In the case of 3DELRR the Pentagon would be well suited to start over.

Trump has an opportunity to send a strong signal that wasteful spending won’t be tolerated in government. His first big test of whether he is serious will be to address military spending.