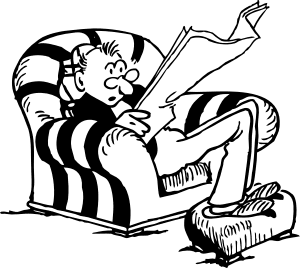 The free market is most effective when consumers are allowed to make choices for themselves and businesses are not burdened by onerous regulatory measures designed to harm sales of legal merchandise. When government steps in and increases taxes and/or adds needless regulations, the market suffers and in turn, consumers and businesses do too.  The plain packaging initiatives for tobacco like the one in Australia are a case study in what not to do. It is has been more than a year since plain packaging rules were instituted and the results have been bad for taxpayers and businesses.  The new rules also represent a serious infringement of Intellectual Property (IP) rights.

Unfortunately the impact of plain packaging is being misconstrued by those who are pushing the counterproductive initiative; and now even media in the United States is picking up the narrative. Last week the Washington Post praised the effects of plain packaging down under.  But, a closer look reveals just how bad plain packaging is for consumers, businesses, and taxpayers.

Plain packaging was instituted beginning in 2012, and after one year the accounting firm KPMG LLP released a report, Illicit Tobacco in Australia.  The report contained specific details accounting for lost revenue, and increase in illicit trade as a result of plain packaging. Consumption has increased, and black market activity on cigarettes has gone up at a greater rate than what was found in the first six months of plain packaging:

Plain packaging isn’t a winning proposition for anyone except government bureaucrats. Consumers, businesses, and taxpayers all lose when illicit trade and regulatory measures take their toll and that’s what’s happening in Australia. The government is losing revenue they counted on from legal tobacco sales and taxpayers will make up the difference. Smoking hasn’t decreased in Australia since plain packaging was implemented; in fact consumption has increased after the first year. Polling on attitudes towards the initiative don’t reveal the true cost from the hard numbers: plain packaging doesn’t decrease cigarette use and does increase illicit trade.

The Taxpayers Protection Alliance (TPA) continues to oppose efforts to institute plain packaging not just in the United States but also Ireland, Great Britain and around the world. TPA will continue to point out the harmful impact plain packaging does to the free market and all stakeholders involved.