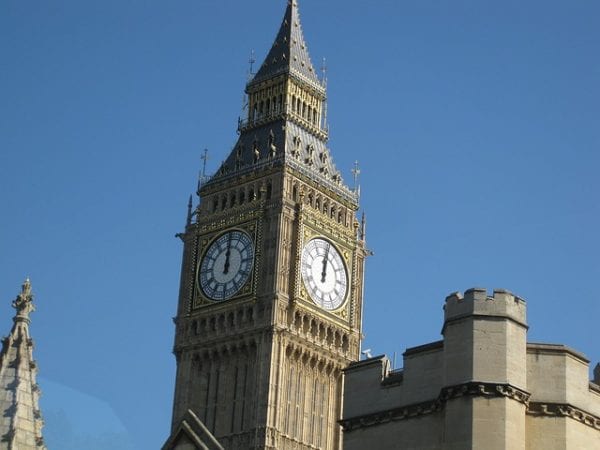 A version of this piece appeared in the Washington Times

The right of companies to sell their products in packaging that features their legally protected trademarks and branding seems like a no-brainer in a free market economy. In fact it is one of the key components of preserving Intellectual Property (IP) in today’s global economy. But that right is under attack from an unlikely place: The Conservative Government of United Kingdom (UK) Prime Minister David Cameron.

Britain’s health minister, Jane Ellison, announced recently that, this spring, the government will propose a “plain packaging” scheme for cigarettes that will remove all logos, colors, unique lettering and other brand identification from packs and replace them with a drab brown packaging. The only graphic, beside the brand’s name in small block font would be a graphic picture of a tobacco-related ailment and several large health warnings.

Mr. Cameron’s plain packaging idea is based on a similar law in Australia, which stripped cigarette packages bare except for large color photos of rotting teeth, dead fetuses and diseased eyeballs. The anti-smoking scare tactic was lauded as revolutionary when it was mandated by the Australian government in December 2012, but the policy has been an abject failure.

Despite stripping tobacco companies of their trademark rights and scaring the daylights out of anyone who looks at cigarette packs, smoking has increased in four of Australia’s five states since plain packaging went into effect. The black market for cigarettes is also booming in the Land Down Under, increasing an estimated 10 percent in the past year, according to a KPMG study.

As if that wasn’t bad enough, it turns out that the illegal market has attracted some of the most violent elements in the world of crime, including those classified as terrorists by the UK themselves, to get in on the illegal tobacco racket. Andre Walker of Breitbart News detailed some new information last week about just who is participating in the cigarette game in Australia:

The Irish Independent reports a senior figure in the South Armagh Provisional IRA has been arrested in Spain in connection with illicit tobacco, whilst The Times says organised criminals in Manchester now represent 1.3 percent of the Australian market.

Australia already has standardised, non-branded packaging for cigarettes a policy known as “plain packaging”. Ireland is phasing them in and this is believed to be the reason the IRA have found it easy to enter the market. The policy makes anti-forgery packaging designs illegal so they can no longer be used as a way of protecting consumers from illegal products.

While there is little evidence that plain packaging laws do anything to prevent smoking, the UK appears all-in on the idea – and it could be a costly decision. Philip Morris International, the makers of Marlboro and a number of other well-known cigarette brands, is preparing to sue the British government for billions of dollars to “protect its rights in the courts and to seek fair compensation.” PMI believes that plain packaging would destroy the company’s branding, which has been independently valued at more than $16 billion.

Hopefully Australia’s failure with it’s plain packaging fiasco and the threat of a massive lawsuit will make Mr. Cameron think twice about the plain packaging idea, not for the sake of tobacco companies and cigarette sales, but for the sake of the dangerous precedent the policy sets. After all, once the UK shows it is willing to remove legally registered trademarks and branding and be replaced by whatever unelected bureaucrats deem acceptable in the name of public health, where does it end? The British government’s brand police undoubtedly has McDonald’s Golden Arches, Budweiser’s bowtie logo and Coca-Cola’s red and white bottle design in its crosshairs to take down next.

The UK’s debate over plain packaging should raise concerns on this side of the Pond, as well. Since Great Britain’s bad public policy decisions tend to make their way across the Atlantic, the UK’s attack on trademark laws and brand identity could ultimately mean bad news for companies, consumers and intellectual property rights in the United States, as well.

Brands are a valuable and necessary part of a free market. They send a message about quality and allow consumers to differentiate between products. Companies have a right to distinguish themselves in the marketplace, just as consumers have a right choose brands they like and trust, whether nanny state government leaders like it or not.