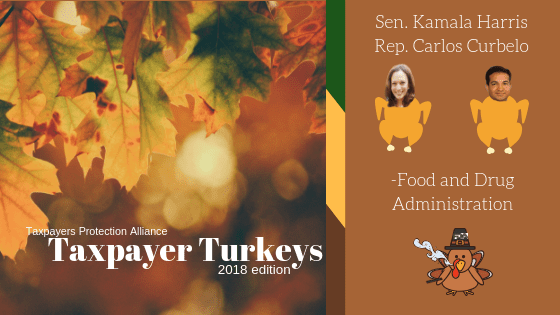 Ah Thanksgiving, that magical holiday where you pile on the pounds while listening to Uncle Jebediah’s two-hour rant about tank production during the Second World War. While you mindlessly nibble on stuffing and DVR that Back to the Future marathon, the Taxpayers Protection Alliance (TPA) will be (doing the same thing) while holding politicians’ feet to the fire and ensuring that taxpayers aren’t having their hard-earned dollars gobbled up by reckless lawmakers. So, without further ado, we present our 2018 Taxpayer Turkeys! This Thanksgiving, we selected one Republican, one Democrat, and one agency that continue to show reckless disregard for taxpayers and consumers across the country.

A representative for Florida’s 26th congressional district since 2014, Rep. Curbelo will live in infamy for introducing the MARKET CHOICE Act (HR 6463), which would’ve enacted a job-killing, utility bill hiking federal carbon tax. The levy? An astonishing $24-per-ton tax on carbon emissions, with 70 percent of revenues directed toward the Highway Trust Fund.

All studies analyzing carbon tax proposals have concluded that impacts are significant and disproportionately harm low-income households. In 2010, researchers from the University of Wisconsin and Stanford University found that a $15-per-ton tax on carbon results in the poorest one-fifth of households paying $325 extra a year for gas and electricity – and that was $9-per-ton less than Rep. Curbelo’s proposal! In paying the tax, “the burden as a percent of annual income is much higher among lower income groups than higher income groups.”. A similar proposal in 2013 was found would cost a staggering 400,000 jobs in just three years and a staggering $146 billion loss in GDP by 2030.

In a 2013 review of the evidence, Brookings Institution scholars William G. Gale, Samuel Brown, and Fernando Saltie concurred that carbon taxes will almost certainly fall upon low-income folks rather than their wealthier counterparts, with virtually all estimates ranging in hundreds of dollars annually.

Fortunately, like every Republican who endorsed a carbon tax, Rep. Curbelo was thrown out of office and only has a few more legislative days to introduce anti-taxpayer legislation. Let’s hope that his replacement, Debbie Mucarsel-Powell (D), figures out that fleecing hard-working citizens is not the way to go.

Nearly two years after being sworn in, Sen. Harris has proven time and time again what little regard she has for the American taxpayer. While most elected officials do not get security protection during their city-to-city travels, Sen. Harris had since July the protection of armed, plain-clothed Los Angeles Police Department (LAPD) officers even when traveling to cities such as Oakland for a “retirement event.” Los Angeles taxpayers had to foot the bill for officers’ meals, airline tickets, and overtime compensation due to an absurd “courtesy” extended to the senator but not to anyone else. Even though this occurred at least a dozen times and cost the city $28,000 dollars, the lawmaker didn’t think to pull the plug or ask the mayor to look into the issue. A new LAPD Chief, Michael Moore, noticed the irregularity and shut it down before taxpayers could be further fleeced. Of course, $28,000 is a drop in the bucket compared to Los Angeles’ multi-billion dollar budget, but nonetheless, the Senator’s actions show a complete lack of commitment to fighting unnecessary spending that benefits her.

But Sen. Harris is hardly a taxpayer hero on larger budget items. Her Rent Relief Act, introduced in July, would establish a refundable tax credit (read: taxpayer subsidy) for anyone living in rental housing and spends more than 30 percent of their gross income on rent. Would this mean that poor working Americans such as Alexandria Ocasio-Cortez would finally be able to afford Washington, DC rental prices? No. Most of the dollars would likely accrue to upstart millennials, who would use the system to afford slightly fancier, more expensive apartments. And experts agree that landlords would respond by raising base rents and touting a greater “federal discount,” a strategy not dissimilar to how colleges use federal aid to increase tuition.  Either way, it’s hard to believe that the additional billions of dollars in taxpayer spending would accrue to the working poor, rather than landlords and young money gaming the system, ultimately making the problem even worse by distracting from real solutions. And for overlooking that, Sen. Harris is a….Taxpayer Turkey.

The Food and Drug Administration 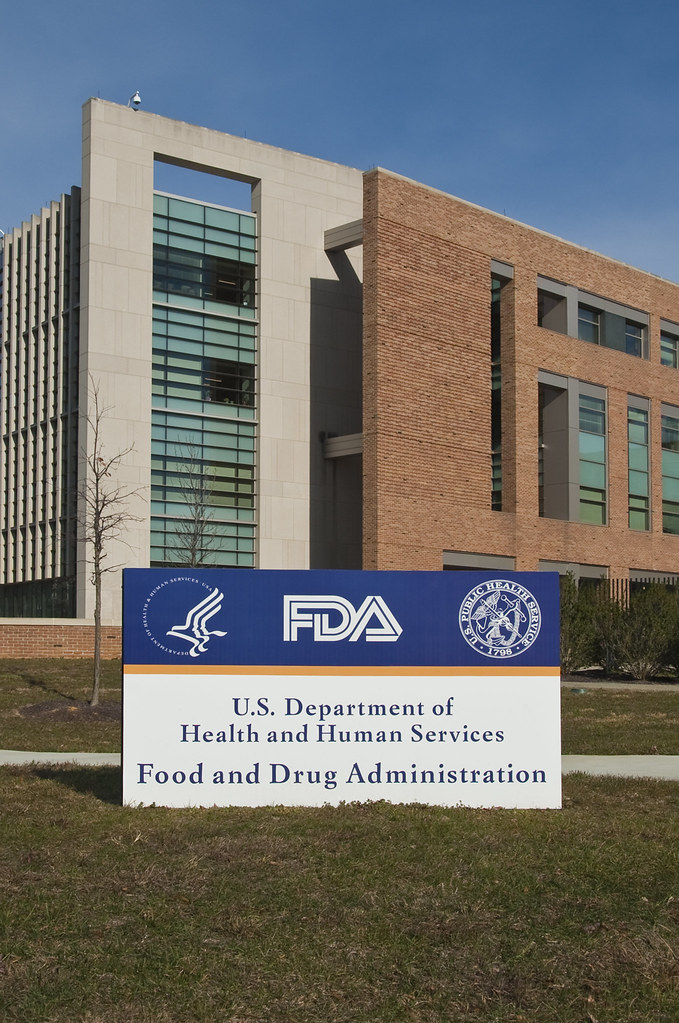 Lawmakers are far from the only Washington, DC players worthy of TPA’s Taxpayer Turkey title. One agency in particular, the Food and Drug Administration (FDA), has eschewed harm reduction in favor of prohibition and uncertainty time and time again, to the detriment of millions of consumers and taxpayers across the country. In a move that will decrease harm reduction opportunities for smokers, the FDA announced it will impose new restrictions on the sales of flavored e-cigarettes.  The FDA also continues to push for the outright prohibition of menthol cigarettes, despite the agency’s inability to control teenage access to the product. Has the FDA learned anything from previous federal dalliances with prohibition? Apparently not, with the Alabama State Trooper Association and the Organization of Black Law Enforcement Executives warning the federal government that banning the product would fuel criminal endeavors via sales of “loosies.” And of course, consumers switching to the black market will result in less tax revenue from sales and more of a reliance on other taxpayers to fill the fiscal hole.

The FDA has also been slow in approving new harm reduction products. In 2017, Phillip Morris International (PMI) submitted a pre-marketing tobacco application (PMTA) to the agency for a revolutionary heat-not-burn product called IQOS, which promises smokers a way out from harmful, conventional tobacco products such as cigarettes. Multiple studies have proven that IQOS is a significantly healthier alternative to traditional cigarettes (because there is no “smoke”, it lacks most carcinogens found in conventional cigarettes) and statutory guidelines demand a response within six months. In spite of this, the FDA has sat on the application for over a year with little sign that the agency will take up the issue anytime soon, preventing millions of people from quitting smoking and costing thousands of lives in the process.

In the midst of historic deregulation by the Trump Administration, the FDA’s reliance on harsh, ill-advised rules is an unfortunate outlier. Millions of tobacco consumers now have fewer and fewer safer options due to poor governance, resulting in greater addiction and reliance on 21st century Al Capone’s. The FDA can do better. But until they do, they are a Taxpayer Turkey.