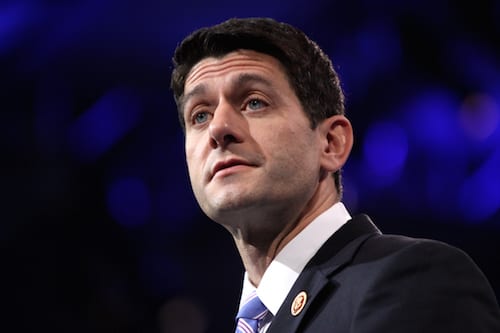 TPA Warns Congress Not to Lift the Ban on Earmarks

It’s only been ten days since the election, and already some in Congress are showing signs that they didn’t get the message from voters. This week, some Republicans in Congress were set to push a vote (in secret) to lift the ban on earmarks. The 2011 ban has been helpful in getting rid of most earmarks; unfortunately TPA still uncovers many of them in spending bills, but a proposal from Representatives John Culberson (R-Texas), Mike Rogers (R-Ala.), and Tom Rooney (R-Fla.) would have brought them back for good. Fortunately Speaker Paul Ryan (R-Wisc.) delayed the vote until after the new year, but TPA sent this statement to members before the announced postponement letting Congress know that lifting the ban was unacceptable and that it displayed a total disconnect from the signal that voters sent Washington in the Presidential election.

WASHINGTON, D.C. – Today, the Taxpayers Protection Alliance (TPA) released a statement after reports emerged that three GOP members of Congress were moving to have a secret vote to restore the unaccountable and irresponsible process of allowing earmarks en masse in legislation.

Earmarks have been “officially” banned since 2011 when the GOP took control of the House of Representatives. Even with the ban there have been billons of dollars in earmarks that have made their way into appropriations bills over the last few years. TPA uncovered 365 earmarks for a total of $14.8 billion in the 2016 Defense Spending bill just last year.

TPA President David Williams said today of the secret vote to bring back earmarks, “This vote is absolutely shameful. Republicans in Congress should understand that last week’s election may have given them increased power in terms of how the legislative agenda should be pursued, but voters made it very clear that they are fed up with wasteful spending and ‘business as usual’ in Washington.” Williams went further and put Republicans on notice saying, “The last time earmarks were the norm in Washington, people lost their jobs and even went to jail. There is absolutely no excuse why a Republican majority that ran on reducing spending should be resurrecting a process that only encourages wasteful spending and bad behavior.”

Williams concluded by stressing the importance of getting Congress back to regular order, “TPA has been urging the House and Senate to get back to regular budgeting for years so that the trend of massive spending bills with wasteful items passed in the middle of the night can be a thing of the past. The GOP-led Congress has the opportunity to do just that with President-elect Trump. Bringing back earmarks would be a step in the wrong direction.  If Republicans do vote to resurrect earmarks, TPA will make bringing back the ban Priority #1 for the next Congress.”