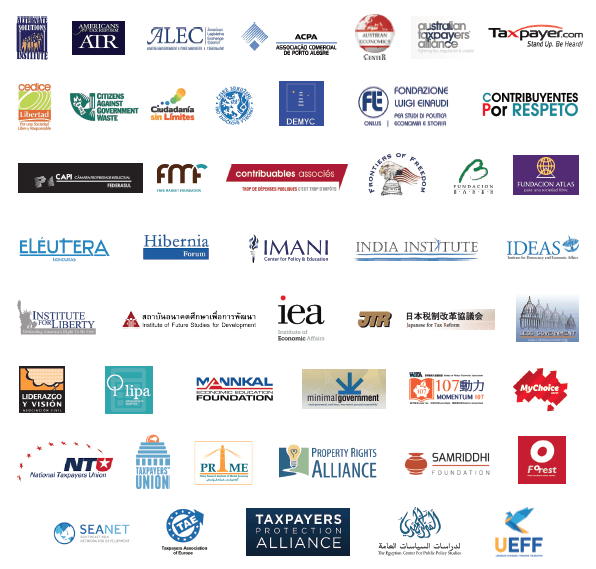 Governments around the world are continuing the assault on taxpayers, business, consumers, and intellectual property (IP) by moving towards passage/implementation of plain packaging schemes. The Taxpayers Protection Alliance (TPA) continues to urge nations not to follow Australia’s lead here, as their plain packaging initiative has been an absolute failure. The results have been a mix of lost revenue, rise in illicit activity, and increases in consumption. With that in mind, TPA was honored to sign onto an international coalition letter led by the Property Rights Alliance addressed to Margaret Chan Fung Fu-chun, Director General of the World Health Organization (WHO). The letter puts forth a reasoned and substantive response to plain packaging tobacco control measures, and similar initiatives that have been announced or may be in the early planning stages.

We write as a coalition of 47 think tanks, advocacy groups and organizations in response to proposed plain packaging tobacco control measures, and by the announcements by several countries of their interest in such policies.

Firstly, the right to own property is a fundamental human right. Thus, the protection of property rights, physical and intellectual, is critical. Creating an environment where property rights are protected and legally enforced contributes to social and economic growth and stability.

We, the undersigned organizations, stand against the infringement of trademarks through plain packaging. Plain packaging prohibits the use of trademarks and therefore significantly erodes the value of this intellectual property – a dangerous precedent to set for commerce in general. Denying a manufacturer the right to use its trademark to identify its product strikes at the very core principles of corporate identity and freedom.

Governments all across the world have championed the success of plain packaging (PP) and its ability to curb smoking. Yet the data suggests that the plain packaging efforts may not be as successful as these governments would have the public believe with smoking rates actually increasing in a number of Australian states in the year following the policy’s implementation. However, the Australian National Drug Strategy Household Survey (NDSHS) 2013 data suggests that youth daily smoking may have increased from 2.5% in 2010 (under branded packaging) to 3.4% in 2013 which was the first year of plain packaging. But, RMIT University Professor Sinclair Davidson has raised serious concerns about the results of the Australian government’s Post-Implementation Review 2016, where the results show a dramatic decrease in smoking after the introduction of plain packaging.

Professor Davidson showed that the trend line was deliberately engineered to attribute any falling smoking prevalence to plain packaging. The econometric analysis in the PIR also omits a price variable; making implicitly the incorrect assumption that price plays no role in an individual determining whether or not to consume tobacco. Thus, the Post-Implementation Review about the successes of plain packaging in Australia should be viewed with skepticism.

Trademarks, brands, and logos are a critical way to provide brand information to consumers which is an assurance that they are purchasing a legitimate, quality product. When this brand information is silenced through policies such as plain packaging, it has dangerous effects for consumers. For example, there has been a 24% increase in the consumption of illicit tobacco in Australia since plain packaging took effect. By not allowing companies to use their trademarks, plain packaging forces consumers to make uninformed decisions and in many cases puts them in danger by forcing them to enter the illicit “black” market in search of goods.

There has been an international trend toward plain packaging for different items such as alcohol, sugary foods, drinks, and even baby formula and toys. Indonesia has threatened to introduced plain packaging plans for alcoholic products. The Australian government is now considering introducing graphic warning labels on alcohol, sugary drinks and food products the government believes could be considered unhealthy. South Africa has gone even further and has introduced plain packing like regulation on baby formula for infants and young children. This also includes prohibitions on any photo except those showing the correct method to preparing and using the product. Additionally, the baby formula label cannot advertise any other designated product. Most outrageously, plain packaging has even been suggested for toys, with the argument that some toys reinforce boys to be “macho” and girls to be “submissive,” therefore, proponents demand a public campaign for plain packaging on toys for children.

Countries renowned for their robust defense of property rights drive economic growth and stability. Weakening IPR is not only detrimental to the economy, but it can also place the public’s health and safety at risk. In order for countries to reach or remain economically successful, it needs to robustly protect and enforce IPR.

We urge governments around the world to focus on strengthening the protection of intellectual property rights instead of infringing on them by pursuing detrimental trademark infringement policies such “plain packaging”.