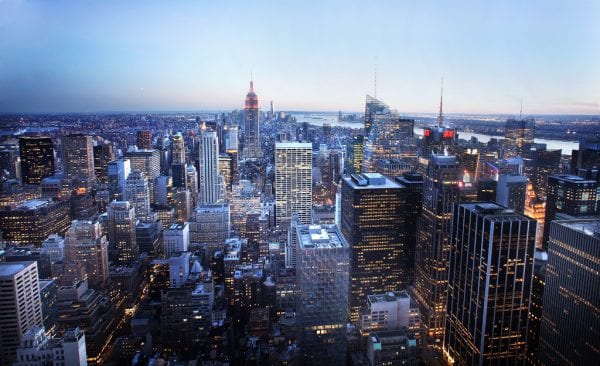 Taxpayers Protection Alliance (TPA) has continued to sound the alarm on Democrat Governor Andrew Cuomo (N.Y.) and his nuclear bailout proposal that will force unreachable and expensive renewable energy mandates on the state. The plan requires half of New York state’s energy to come from carbon-neutral (renewable) sources by 2030 and it was approved by state regulators without the consent of state lawmakers. The plan could cost upwards of tens of billions of dollars over the long-term, and the bailout to three nuclear plants is central to keeping it afloat. The plan is under fire from a variety of officials and stakeholders, and taxpayers will be on the hook for rate increases all over the state. This week, TPA signed this coalition letter sent by American Commitment urging New York lawmakers to use their power to act and stop this crony bailout.

New York Governor Andrew Cuomo’s scheme to force New York to conform to the country’s most draconian energy mandate while providing direct corporate welfare to nuclear plants amounts to a de facto multi-billion dollar tax hike. This tax hike is being imposed by unelected bureaucrats at the state Public Service Commission (PSC) without legislative approval, and it overwhelmingly benefits just one company, Illinois-based Exelon Corporation – whose own state rejected a similar bailout scheme.

We therefore urge you to halt the plan and take appropriate responsibility, as duly elected legislators, for setting New York’s energy policy.

This plan is designed to force even more market-distorting, heavily subsidized renewables that are undermining the economics of existing nuclear plants onto the state’s power grid while simultaneously propping up nuclear with massive direct cash infusions. This is all in order to attempt to achieve the goal that 50 percent of the state’s electricity be derived from renewables by 2030.

There are severe problems regarding land-use, transmission, and the availability of backup power when intermittent sources are offline that cast serious doubt on whether such a goal can even be achieved, but it is clear that the costs imposed on ratepayers are simply too high.

A much better approach would center on a market design to create a pricing mechanism that values stable, reliable baseload generating capacity that can then allow the market to determine the resource mix based on economic factors.

Nuclear might or might not be competitive, but it should succeed on its merits – not on the basis of a government tax-and-transfer scheme enacted without legislative approval and hidden in electric bills.

Taxpayer groups, consumer watchdogs, and even some environmental groups have seen through the governor’s cynical scheme and are opposing what they call the “Cuomo Tax.” This is truly a watershed moment when advocates across the political spectrum are coming together to oppose a bad idea.

Moreover, the proper place for a decision of this magnitude to be made is in the legislature, by the people’s elected representatives. We therefore urge you to get off the sidelines before the PSC imposes billions of dollars of new costs on your constituents to principally benefit an Illinois corporation.