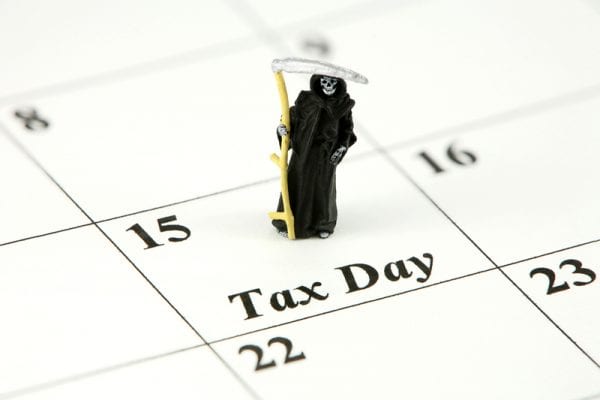 One of our nation’s founders, Benjamin Franklin, is credited with saying, “In this world nothing can be said to be certain, except death and taxes.” But who thought that combining the two would be good policy? The first time the government imposed a form of the Death Tax was back in the late 1700s with the Stamp Act.  A century later the tax was used to help finance the Civil War (as an inheritance tax).  And then again in 1916 when the Revenue Act became law (ushering in income tax), the estate tax (aka the “Death Tax”) came with it. Like before, when conflict arose in World War I (WWI), the tax became the vehicle for revenue generation. However unlike the previous two, the post –WWI Death tax was not repealed and is the foundation for what is in the current tax code. There has been momentum to repeal the Death Tax, and the broad coalition fighting for repeal continues to grow in size and diversity. The Taxpayers Protection Alliance (TPA) recently signed onto a letter sent by the Family Businesses Coalition to Senate Majority Leader Mitch McConnell (R-Ky.) urging action in the Senate to repeal the Death Tax. The House has already acted on Death Tax repeal by passing the Death Tax Repeal Act of 2015, sponsored by current House Ways and Means Chairman Kevin Brady (R-Texas). The time for the Senate to act is now and there is legislation ready to be brought to the floor, S. 860, sponsored by Sen. John Thune (R-S.D.). It is important to get a repeal bill of the Death Tax onto the President’s desk sooner rather than later.

See the full letter below

The undersigned organizations support a Senate vote on H.R. 1105, the House passed Death Tax Repeal Act of 2015. The House of Representatives passed Congressman Brady’s (R-TX) Death Tax Repeal Act of 2015 on a bipartisan basis last April which marked the first time in ten years that either body of Congress was put on the record on this important issue. This year, we urge the Senate to take the next step in the legislative process by bringing the House passed legislation to the floor for a vote. Senator Thune’s (R-SD) mirror legislation to the House passed bill, S.860, has already amassed support from the majority of the Republican caucus. We support full and permanent repeal of the federal estate tax for the following reasons:

Repealing the death tax would spur job creation and grow the economy. Many studies have quantified the job losses caused by the estate tax. A recent Tax Foundation study found that the US could create over 150,000 jobs by repealing the estate tax. A 2012 study by the House Joint Economic Committee found that the estate tax has destroyed over $1.1 trillion of capital in the US economy — loss of small business capital means fewer jobs and lower wages. Lawrence Summers, former Secretary of the Treasury under President Clinton; Alicia Munell, member of President Clinton’s Council of Economic Advisors; Joseph Stiglitz, a Nobel laureate for economics; and Douglas Holtz-Eakin, former CBO Director have all published work on the estate tax’s stifling effect on job growth and the economy as a whole.

The death tax falls particularly hard on minorities. The estate tax threatens to confiscate generational capital from African-American and minority communities. Estate tax liabilities bankrupted the Chicago Defender – the oldest black-owned daily newspaper in the United States – and will reduce net African-American wealth by 13 percent, according to a study conducted by Boston College professors John Haven and Paul Schervish. According to a 2004 Impacto Group poll, 50 percent of Hispanic business owners know someone who sold their business to pay the estate tax and a quarter expect to sell their business because of the estate tax.

The death tax is unfair. It makes no sense to require grieving families to pay a confiscatory tax on their loved one’s lifetime savings. Often this tax is paid by selling family assets like farms and businesses. Other times, employees of the family business must be laid off and payrolls slashed. No one should be punished for fulfilling the American dream.