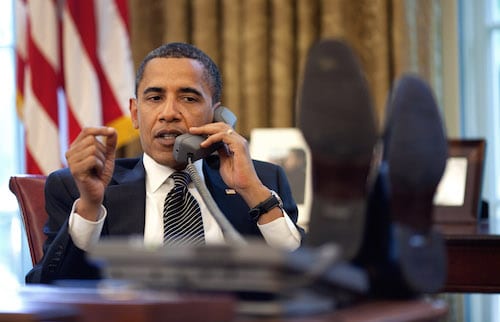 Washington, D.C.- Today, the Taxpayers Protection Alliance (TPA) reacted to the final budget proposal from President Barack Obama. The budget, released on Tuesday calls for $4.1 trillion in spending for Fiscal Year 2017, an increase over the previous proposal from the White House which sought $3.99 trillion for FY 2016. With calls for new taxes and no meaningful reform on spending, it is hardly a proposal that moves the needle in the right direction.

“This is budget should be DOA considering the Congressional Budget Office’s announcement that the deficit is expected to increase from $439 billion last year to $544 billion this year.

After seven years of increasing the debt and policies that have expanded the government to new bounds, the President has given us a budget that continues to ignore the realities of the fiscal nightmare the country continues to face. Right now, as the national debt marches toward $20 trillion, this latest budget is more of a political document than a serious proposal. President Obama appears to have no appetite to pull back from growing government and increasing regulations.”

In particular, Williams blasted the President’s proposal to tax oil at $10 per barrel:

“Americans have been feeling the burn, in their wallets, when it comes to the cost of energy.  The President now wants to increase oil taxes. Washington finally gets something right and lifts the ban on crude oil exports forty years after the ridiculous policy was put into place.  What is even more alarming is that a White House official admitted that the tax increase would be passed onto consumers. The tax increase would be used to fund research on renewable energy such as the heavily taxpayer subsidized solar industry. TPA is concerned that this proposal just continues the cycle of subsidizing failing technologies and business models. The fallback to increasing taxes harms economic growth and the middle-class, and it’s indicative of why we’ve seen budgets from this administration receive overwhelming bipartisan rejection in Congress.”

Pentagon spending was another area of criticism for TPA:

“The Pentagon continues to remain the only federal agency to not submit an audit even though they have been required by law to do so since 1997. The Department of Defense needs to get their accounting in order and stop wasting taxpayer money instead of asking for more taxpayer money to fund failed and unnecessary programs like the F-35 and the Littoral Combat Ship. Inspector Generals’ reports continue to highlight taxpayer dollars being thrown away at home and abroad and it has to stop.”

“The President’s budget is likely to go nowhere, but the good news is that he and the Congress can still work together to make needed and necessary policy changes a reality. Tax reform should be a top priority. TPA is calling on Congress to keep the wheels moving on comprehensive tax reform, and we call on the President to do the same. Reducing the rates for individuals and corporations should be a shared goal for all elected officials this year.

Spending reductions should be another top priority. The President’s budget identifies 117 cuts, consolidations, and savings proposals that could save taxpayers more than $14 billion in 2017. This should be easy for Congress and the President to implement.

The President still has nearly a year left in office and his focus should be to put the country on track for greater economic growth and a more responsible fiscal approach.”