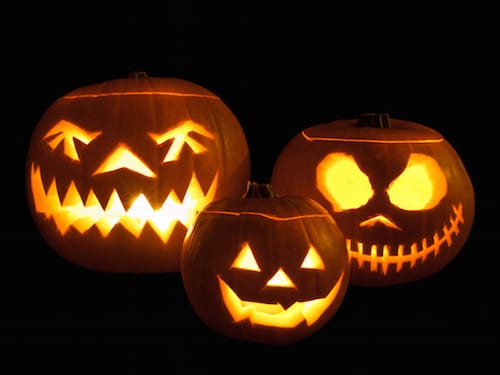 Halloween is just around the corner so that means families all over the country are getting ready to celebrate with candy and costumes. The Taxpayers Protection Alliance (TPA) however, is getting ready for the scary season by keeping our eye on what government has been doing to taxpayers over the past year. That’s right, it’s time for TPA’s annual Taxpayer Tricks and Treats! This year, there’s plenty for taxpayers to be frightened of with threats of government shutdowns, uncertainty with spending bills, and a host of other ghoulish scares that Washington is bringing to working families this year.

The movie The Blob is about a growing and corrosive alien amoeba that threatens a town.  The United States Postal Service (USPS) has maxed out their $15 billion line of credit with the U.S. Treasury and has sustained $50 billion in losses over the last eight years.  There is no end in sight to USPS’s financial decline as they are doing their best impersonation of The Blob as they continue to threaten taxpayers.  The agency’s 2015 third quarter financial report frightened everybody when it showed that USPS was $586 million in the red for the 3-month period ending on June 30.  That loss adds to the $2.2 billion deficit in the first half of 2015.  Over the past year, USPS has taken its ineptness to a new level as they’ve continued to expand their mismanagement into other areas like grocery and package delivery.  In what could only be considered ironic, USPS now wants to expand into financial services.  Click here to read more about the USPS.

Logging onto the Internet should be a fun experience, not one filled with terror that a politician or bureaucrat is trying to tax or regulate. Two specific bills that could potentially wreak havoc on the Internet, and taxpayers, are H.R. 2775, the “Remote Transactions Parity Act” (RTPA which would create a new tax on Internet sales; and

H.R. 707. the “Restoration of America’s Wire Act”, which would place a federal ban on internet gambling. Both of the bills are being sponsored by Rep. Jason Chaffetz (R-Utah).  These bills would be a disaster for e-commerce and pave the wave for new and intrusive regulations on the Internet.  For more about TPA’s work on Internet taxes (click here), and for more about TPA’s work on Internet gambling (click here). 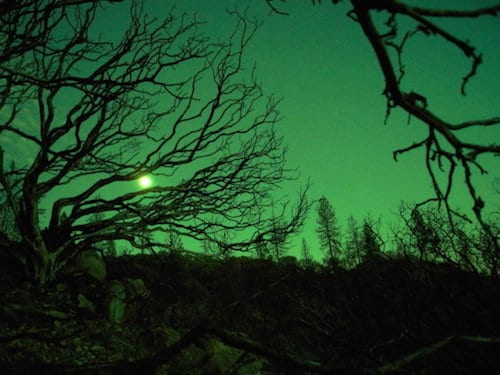 Municipal Broadband or “A Nightmare on Main Street”

A growing nightmare for taxpayers is the “shiny object” of taxpayer-funded municipal broadband networks.  Sold as a new, better, and more affordable alternative to private sector broadband options, these networks are expensive and unnecessary. Taxpayer-funded broadband networks are nothing but an absolute nightmare for taxpayers who have to fund the cost of these failed networks. For example, the taxpayer-funded network in Memphis, Tennessee (Memphis Networx) was sold to a private company with taxpayers losing $28 million.  Whether it’s Chattanooga, Kentucky, Louisiana, Mississippi, Seattle, Utah, or many more, it is clear that a wake up call is needed from this never-ending nightmare. Click here to read more about TPA’s work on government broadband.

TPA has published multiple reports over the last year on how solar subsidies suck $39 billion a year from taxpayers.  Even with these subsidies, solar energy accounts for less than 1 percent of total energy produced in the United States. The reports (here, here, and here) are a scary picture for how solar has taken advantage of the generous amount of subsidies offered by state, local, and federal government.  For more of TPA’s work on solar, click here. 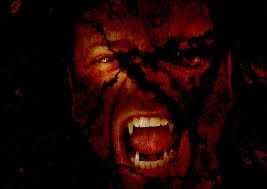 NFL Stadium Financing or “Invasion of the Subsidy Snatchers”

This year TPA released a report that shows how NFL teams are haunting taxpayers with new stadiums built with taxpayer money.  In many cities, residents don’t even get to vote whether they fund the stadiums. Two decades and $7 billion in taxpayer money later, stadium subsidies are a very scary story for hard working families.  Stadiums have had very little positive economic impact on the surrounding community.  In fact, in 60 percent of the cases where a stadium was built, the poverty rate went up while the median household income went down.  The exact opposite of what politicians claim would happen.   Click here to see more from TPA on NFL stadium financing.

There was a small taste of sweet success for taxpayers with the extension of the Internet access tax moratorium that was passed as part of the continuing resolution (CR) in late September. This extension kept Internet access taxes at bay for a few months.  In addition, the House passed the Permanent Internet Tax Freedom Act by a bipartisan voice vote over the summer.  The Senate has yet to follow the House’s lead by passing their companion bill.   It’s time for this “treat” to be permanent to ensure no new taxes will be instituted simply for going online. Click here to read more about TPA’s work on Internet access taxes. 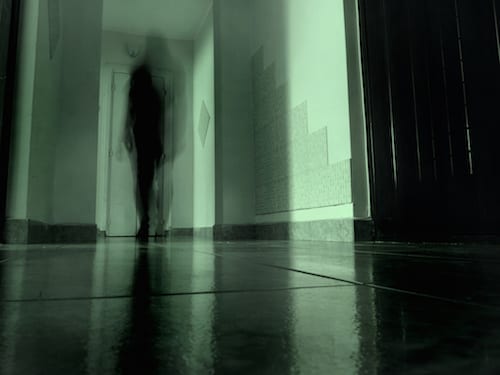 Earlier this year, DISH Network pulled a terrible trick on taxpayers when they took advantage of the wireless spectrum auction Designated Entity (DE) program.  The DE program is supposed to allow small businesses to buy wireless spectrum at a discounted rate.  Trying to mask itself as a small company by using two companies to bid on the wireless spectrum, DISH received a $3 billion subsidy for the spectrum they bought. TPA and other groups successfully urged the Federal Communications Commission (FCC) to strip DISH Network of the subsidy, stopping a $3 billion corporate welfare giveaway.   Click here to read more about TPA’s work on spectrum.

Revenue from tobacco taxes has always been a trick or “fools gold” used by lawmakers as a way to justify additional spending. This year however there were some treats for consumers, businesses, and taxpayers as a few states avoided major increases on tobacco taxes. In particular, Washington and West Virginia defeated attempts to increase tobacco taxes. TPA certainly cheers the actions in Washington and West Virginia, but the fight against discriminatory taxation of tobacco continues as more states are looking for ways to put pain on consumers and taxpayers. Governors and state legislatures should focus on cutting wasteful spending be more concerned about the increased black market activity and lack of revenue generated that comes as a result of these predictably failed tax increases. For more from TPA on tobacco taxes, click here. 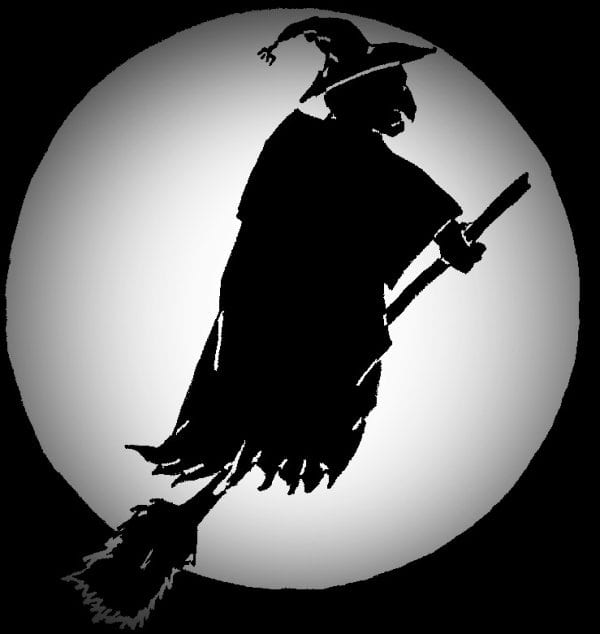 There were several major wins over the last year for those who have fought for intellectual property rights.  These victories included new initiatives to fight online piracy, progress on modernizing the Copyright Office, legislation in Congress on music licensing, continued work on strengthening IP abroad through trade, and the critical work being done on patent litigation reform.  Protecting IP leads to a stronger economy, which benefits taxpayers and consumers. Click here to read more about TPA’s work on IP

Just when taxpayers thought they were safe from the corporate welfare giveaways of the Export-Import (Ex-Im) Bank, Congress rears it’s monstrous head to resurrect the Bank.  In June the charter of the crony Ex-Im Bank expired and those who fought hard to keep any reauthorization from going forward rejoiced after a major victory. Unfortunately, lawmakers in Washington have gone all-in for crony capitalism by bringing the bank back from the dead. Rep. Stephen Fincher (R-Tenn.) secured a vote on the House floor earlier this week for his legislation to reauthorize the bank through a discharge petition. A discharge petition allows for legislation to move to the floor bypassing committees and leadership as long as a majority of House members sign the petition. The vote to restore the Ex-Im charter passed 313-118. This was a shameful act by Congress and taxpayers should be outraged at every member who signed Rep. Fincher’s petition and who voted for H.R. 597 Monday night. The only question now is whether Leader McConnell puts Ex-Im reauthorization on the floor of the Senate again, months after and already giving it the one vote he promised he would.. Read more of TPA’s work on the Ex-Im Bank by clicking here. 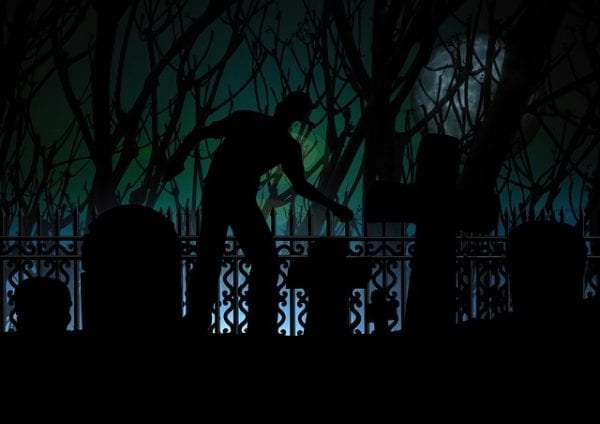 Last month TPA applauded the House and Senate for passing a short-term spending bill that funded the government at budget cap levels in the 2011 Budget Control Act (BCA).  This was definitely a treat for taxpayers but there may be a trick up Congress’ sleeve as another deadline on government funding looms. In December lawmakers will once again have to pass a bill to keep the government funded and this is where the debate over spending caps could take a wrong turn for taxpayers. TPA continues to call on Congress to pass a budget that holds to the BCA caps. To read more about TPA’s work on budget caps, click here.