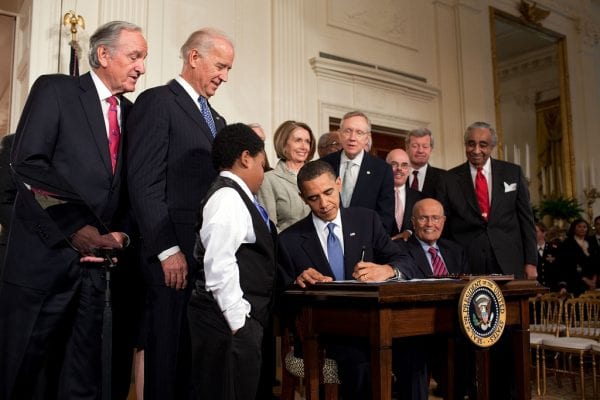 Obamacare continues to face problems all across the country, including a growing scandal with the failure of Cover Oregon that is now under investigation. Aside from the increasing amount of failed state-based exchanges that have wasted billions of dollars in taxpayer money, there is also an exodus from Obamacare by some of the nation’s largest insurers. The Taxpayers Protection Alliance continues to call for a plan to repeal Obamacare and pass real reforms that will help to drive down health care costs for families and provide more choices for those in the marketplace. However, with Obamacare still in place for at least the near-term, families are going to see their health care costs rise. That’s why this week, TPA led a coalition and sent this letter to Health and Human Services Secretary Sylvia Burwell calling on the agency to release the 2017 rate increases for Obamacare as soon as possible, instead of waiting until November. Families across the country are hurting financially, and they need more than just a few months in order to make decisions on how they will pay for rising health care costs due to Obamacare.

We are writing to urge the Department of Health and Human Services (HHS) to release the official 2017 Affordable Care Act (ACA) state premium rates ahead of November 1 as currently scheduled. Across the country, Americans feel the pressure of increased out-of-pocket costs under the ACA. In 2016, many state exchanges experienced premium rate hikes, the majority of which were in the double digits. Ahead of 2017, consumers deserve to know if this trend will continue and be able to plan accordingly.

Since the implementation of the ACA, out-of-pocket costs have continued to rise. With insurers like UnitedHealth pulling out of many state exchanges, we expect this trend to continue, leading to higher costs and fewer options. These increased costs put a burden on consumers, small businesses, and ultimately the American economy as a whole. If the point of the ACA was to make Americans feel secure by having access to affordable healthcare coverage, it is currently failing. Already, we have seen many insurers filing proposed premiums for ACA plans that contain significant increases for 2017. Currently, requested rate increases for New York range from 6.9 percent to an astonishing 89.1 percent. By withholding the final approved rates until November, HHS is failing to be transparent about information Americans rely on to make informed healthcare decisions.

Two months is simply not enough time for patients and businesses that rely on health insurance to consider their coverage options and plan for yet another increase in their healthcare costs. To keep healthcare affordable and maintain competition in the health insurance market, we need to stop hiding the failures of the ACA and instead begin considering ways to fix this broken policy that is unfairly impacting patients.