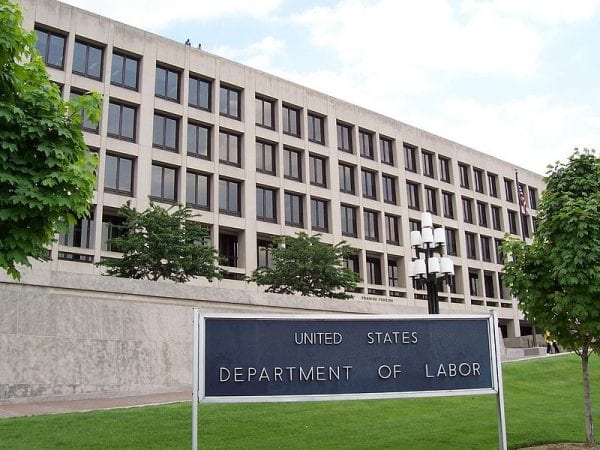 The Obama Administration has been consistent in there increased use of the executive branch of government to undermine Congress, many times to the point where the courts have rebuked them for violating the law. Federal agencies have played a large role in this, with new regulations coming from cabinet departments on a daily basis costing taxpayers and the economy. One recent example of this alarming practice is a new “fiduciary rule” out of the Department of Labor (DOL), which would effectively give the agency the authority to, “greatly restrict investment choices for 401(k)s, individual retirement accounts (IRAs) and other saving vehicles.” DOL has never had this authority and Congress has not granted it to them, yet here comes the Obama Administration making up new rules as they go along. The new rule would restrict the choices Americans have to choose who will handle their investments, and would make it harder for many families to even work with investment professionals. TPA is adamantly opposed to the rule recognizing the damage it would do to the financial services industry, and just a few weeks ago signed this letter from the Competitive Enterprise Institute along with more than 30 other groups. The coalition urges the House and Senate to defund any part of the DOL budget that would enforce this rule.

We, the undersigned organizations and individuals, represent millions of Americans in defense of free markets and constitutional liberties. As such, we believe Congress must exercise its power of the purse granted by the Constitution to halt the Obama administration’s executive overreach. This is particularly true when such action by the administration has attracted bipartisan opposition owing to the massive negative effects it would have on Americans’ retirement savings.

We urge you to freeze funding in any spending bill for the Department of Labor’s (DOL) proposed fiduciary rule until the DOL withdraws such rule. Under the fiduciary rule, the DOL claims authority never granted by Congress to greatly restrict investment choices for 401(k)s, individual retirement accounts (IRAs) and other saving vehicles.

In the proposed regulation, referred to by many as “Obamacare for your IRA,” the DOL doesn’t even bother to hide its contempt for the intelligence of American savers. It says most Americans can’t “prudently manage retirement assets on their own.” Based on this paternalism, the administration mandates that investment professionals — even if they are serving self-directed investors — must adhere to the government’s one-size-fits-all definition of “best interest” for the investment products they offer. The rule leaves no room for individual savers to decide what their own “best interests” are.

Ninety-six House Democrats recently wrote the DOL expressing concern that the fiduciary rule could limit access to retirement planning for poor and middle-class Americans. Center-left economists from the Brookings Institution and Progressive Policy Institute have concluded that the rule would cause many Americans to lose their current brokers and could cost savers $80 billion over the next decade.

Put simply, the rule would make it much more difficult for individuals to open and maintain an IRA, and for companies to offer 401(k)s. As leading experts say, many brokers will stop serving households with less than $50,000 in assets. The restrictions, therefore, amount to a higher tax burden on Americans by making it harder for the vehicles for retirement saving designed by Congress to lower that burden.

IRA holders could also lose their ability to invest in gold, real estate and other nontraditional assets if DOL bureaucrats deem these choices to be not in their “best interests.”       

We believe the federal government should vigorously prosecute actual fraud by financial professionals, but otherwise leave savers free to seek guidance and make investment choices they deem in their own best interests, taking account of their own individual circumstances and preferences. We urge Congress to do everything it can, in spending bills and otherwise, to defeat the DOL’s destructive fiduciary rule.