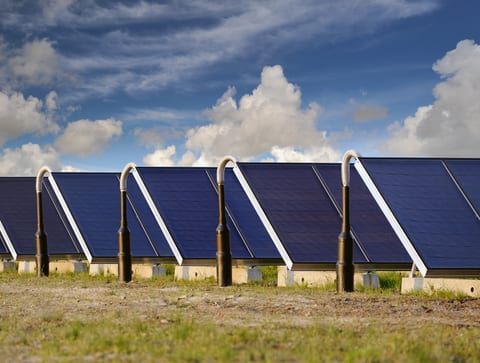 The Left Is Already Pushing The New Solar Jobs 'Report' As Good News. Don't Buy It.

This article appeared in Independent Journal Review on March 13, 2016

When you’re on a mission to secure government favors needed to prop up costly, inefficient, taxpayer-funded boondoggles, you may be inclined to manipulate economic figures. You also might be inclined to convince the public and the news media that these figures flow from a detached, objective analysis when in fact they are produced by advocates with a vested interest in public policy choices.

This is clearly what happened in the latest annual Solar Jobs Census from the Solar Foundation, which concluded that the solar industry is contributing to “robust” U.S. job growth, and left-leaning outlets are already starting to champion the report as evidence that we the solar industry is booming and merits further investment.

The Solar Energy Industries Association is the trade association tasked with promoting the development and expansion of solar power, predominately staffed by former solar company and trade association lobbyists with ties to government solar advocacy programs. So let’s all agree here that they are not exactly objective.

After reviewing the report’s key findings, the Taxpayers Protection Alliance found that it is laced with references to the large percentage growth in solar jobs that belie the actually figures, which are in reality quite anemic.

Let’s un-package what’s actually happening here. The relatively low base numbers compared to the overall economy for solar jobs means that, percentage-wise, solar job growth will seem impressive compared to the overall economy. This is where the deception comes into play. Suppose the solar industry had one job in 2015 and two jobs in 2016 and the utility industry had 500,000 jobs in 2015 and 560,000 jobs in 2016. This would mean the solar job growth percentage would be 100% to the utility job growth of 12%. But should we really view the reported percentage increases as evidence of a substantial growth rate? Of course not.

Moreover, we don’t know if the jobs that were created were simply shifted from other sectors or if we are talking about the same jobs with new responsibilities meaning there is no net increase in employment. This is an important point because we know that job shifting is prevalent where renewable energy is concerned. This is certainly the case in Denmark, which is a pioneer in wind energy. CEPOS, an independent Danish think tank, determined that in Denmark, approximately 28,000 people were employed in the wind industry, but only 9 out of 10 of those renewable jobs were simply positions shifted from one industry to another. So it’s fair to say that some key items are missing from the Solar Foundation’s equation.

Also, there’s one big looming question that is answered on the sly. But you have to dig for it. What exactly accounts for the growth that did take place, however slight, in the solar industry? The answer is government, make that taxpayers via subsidies.

The 2012 report acknowledges that both state and federal subsidies and mandates are the number one factor driving job growth. The report breaks up federal and state policy categories to show that decreasing component prices has been the leading factor in the solar industry’s growth. When all government intervention is combined, it is the leading factor for the solar industry’s growth at 32.9%.

But what happens to government subsidies when a recession hits? For the answer we can look to Spain, which was able to quintuple its solar capacity, thanks to a fivefold increase in subsidies back in 2008. When the economy turned south, that country was forced to cut its subsidies, causing the Spanish solar industry to shed more than 30,000 jobs.

Let’s learn from their mistakes. Instead of pushing for fanciful, short term boom and bust cycles driven by government subsidies funneled into inefficient industries, our elected officials should look to promote long term sustainable economic growth.