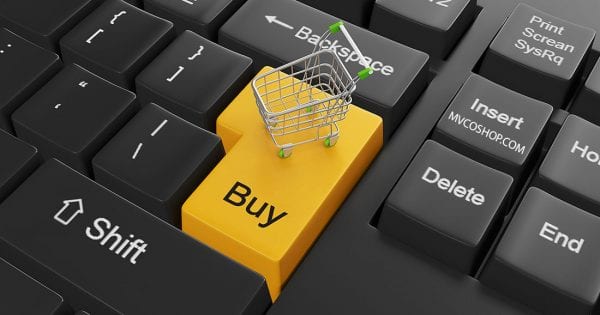 The Lame Duck Is No Time to Cripple Internet Commerce

Today is Cyber Monday, the first Monday after Thanksgiving.  People are encouraged to purchase holiday gifts online with retailers offering internet-only deals.  The first Cyber Monday was in 2005 and recorded $389 million in sales while last year’s total eclipsed $2.2 billion.  This year, analysts expect $3.36 billion in sales.  Cyber Monday is also a good time to remind Congress about the dangers of passing the Marketplace Fairness Act, aka an online sales tax.  The following op-ed by Steve DelBianco of NetChoice (originally posted on November 16, 2016 in Morning Consult) is a good reminder why MFA should not be passed in a lame duck session of Congress or ever.

The Lame Duck Is No Time to Cripple Internet Commerce

Online and catalog retailers around the country have made it clear to Congress that a radical remote sales tax mandate would cause severe hardships for their businesses and consumers across the United States.

As we enter the “lame duck,” the post-election session of this Congress, we are likely to see an effort to pass the Marketplace Fairness Act, even though this bill has not been on the floor of the House or Senate and has never even had a committee hearing.  Our leaders in Congress should resist any effort to move MFA in the lame duck or attach it to must-pass legislation.

The MFA would impose massive logistical burdens, new costs and uncertainty on online and catalog retailers by requiring each business to collect sales tax on remote transactions and comply with over 10,000 local tax jurisdictions and 46 state auditors.

Senate Majority Leader Mitch McConnell (R-Ky.) earlier this year recognized the deep disagreements over MFA and disentangled it from other must-pass legislation. But McConnell indicated he would bring internet sales tax legislation up for a vote “sometime this year.” With the year’s end fast approaching, we urge the Senate leader to resist supporters of MFA wanting to turn his declaration into a disaster for all American retailers who sell online.

Forcing small and mid-sized internet and catalog retailers to navigate the vagaries of thousands of arcane tax jurisdictions, including varying definitions and sales tax holidays, could lead many to stop selling in some states. That would reduce consumer choice and competition.

Additionally, remote retailers would be on the hook to shoulder hundreds of thousands of dollars in costs for software integration and annual software maintenance. MFA would allow each state to provide its own unique software for compliance, but each business would have to pay to integrate that “free” software into its ordering, fulfillment and accounting systems. And each remote business would be required to incur substantial new labor expenses to map thousands of products to each states’ rules.

Perhaps most significantly, MFA would subject remote sellers to tax audits and administrative jurisdiction by up to 46 states where they have no physical presence. This is taxation and regulation without representation and is counter to our nation’s principles.

Members of Congress should also be troubled that MFA has never had a hearing or been approved by any committee.  Moreover, far better alternatives to MFA have emerged. House Judiciary Committee Chairman Bob Goodlatte (R-Va.) is working on the Online Sales Simplification Act, a simple and fair alternative that lets remote sellers follow tax rules and face audits only in states where they have a physical presence.  As soon as it was published in draft, over 100 retailers and associations signed a letter of support.

Rather than jamming flawed legislation like MFA through the lame duck, we urge Congress to fully consider alternatives such as the House Judiciary Committee proposal. While remote sellers want a clear federal solution to a rash of state laws that would shred constitutional protections for interstate commerce, the answer is definitely not MFA. That bill would only reduce competition from online and catalog businesses and create big burdens on retailers with no representation in the states that seek to tax and regulate them.