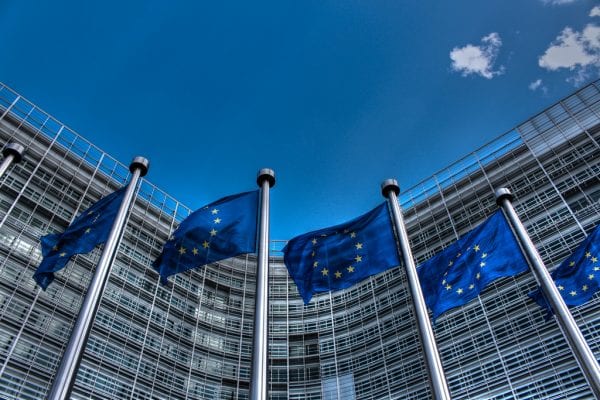 The Taxpayers Protection Alliance (TPA) released a series of issue briefs for the 115th Congress titled Roadmap to Fiscal Sanity.  The publication puts forward an aggressive reform agenda for Congress.

TPA President David Williams said of the release, “The newly elected Congress has No More Excuses for not acting on real and meaningful reform when it comes to reducing spending and getting the debt under control. TPA’s Roadmap to Fiscal Sanity provides a path forward.” Williams also said the report shows why taxpayers are so frustrated with Washington, “The problems we identify in this brief are areas where TPA has been working on reform for years and while Congress has made many promises, they have failed to deliver. Our report can help make those promises a reality which will benefit all taxpayers and working families.”

Williams concluded by urging lawmakers to take the report and the concerns of taxpayers seriously, “It’s clear from the 2016 election results that taxpayers are fed up with Washington. They’ve been ignoring the concerns of the American people for far too long and that has to change. The Roadmap to Fiscal Sanity is a way for Congress to not only take those concerns more seriously, but also a way to finally put forward meaningful solutions that will get the country back on a positive economic track, while reducing the massive debt that the nation continues to accumulate.”

Alex Wild is the Reasearch Director at The TaxPayers’ Alliance. This article was originally published in City A.M. on August 30, 2016

Most governments would love to get their hands on an extra €13bn (£11.1bn) from a multinational company.

But the Irish government will likely be wrangling in court for many years at what will surely be considerable expense in a somewhat unusual bid to avoid collecting tax.

The European Commission has ordered what is by far the largest recovery order in EU history by deciding that Ireland gave Apple tax benefits illegal under EU state aid rules. Essentially, it has concluded that two rulings by the Irish tax authorities, in 1991 and 2007, endorsed an allocation of profits within two of Apple’s Irish subsidiaries that had “no factual or economic justification”. The Commission believes these advantages were not available to all companies in Ireland.

The Irish finance minister says an appeal is necessary to defend the integrity of the country’s tax system and provide certainty for businesses. Whatever the intricacies of EU tax law and whether the Commission’s conclusion is consistent with it, he certainly has a point.

The Commission has been sticking its nose into the tax rulings of member states for three years in another of its characteristic, back-door power grabs. Tax harmonisation and the tax increases that inevitably follow have long been a goal of European federalists like Commission president Jean-Claude Juncker. The ruling against Ireland yesterday and other recent ones against the Netherlands, Belgium and Luxembourg have to be viewed through this prism.

But it’s not just the Irish government and Apple who are unhappy.

Quite rightly, the US Treasury has pointed out that the Commission’s approach marks a significant expansion of the role of the EU’s Directorate-General for Competition.

Rather than enforcing competition and state aid law under the Treaty on the Functioning of the European Union, the Commission has morphed into a supranational tax authority, deciding whether member states’ rulings on transfer pricing are consistent with its view of the arm’s length principle. This view is derived from EU law, not the OECD’s Transfer Pricing Guidelines, something that is not consistent with the international consensus and raises questions as to the viability of bilateral tax treaties.

Given that the profits the Commission has ordered to be taxed would have eventually been taxed in the US if and when they were repatriated by Apple, the move will also cost the IRS a substantial amount.

When the UK eventually extricates itself from the EU, it will be better placed to avoid dangerous developments in the direction of EU tax harmonisation. Proposals for a Common Consolidated Corporate Tax Base have been on the agenda since 2011 and only last year German Chancellor Angela Merkel and French President Francois Hollande were pushing plans to introduce a minimum rate of corporation tax across the EU. It’s safe to say that any such rate would be closer to France’s 33 per cent or Germany’s 30-33 per cent rate than the UK’s 20 per cent.

Remaining in the EU, Ireland will face increasing pressure from larger, more powerful member states to make itself a less attractive place to do business.

In any case, Corporation Tax is obsolete, rendered so by the modern, globalised economy. There is no theoretical basis on which profits can be allocated across multiple jurisdictions when modern companies have such a wide variety of functions, customers and shareholders distributed around the world.

The OECD’s BEPS project and EU proposals for a Common Consolidated Corporate Tax Base will not change the fact that the underlying framework is redundant and, despite the pomp and ceremony surrounding them, will just lead to more complexity, bureaucracy and bigger fees for lawyers and accountants.

The sooner politicians realise this and start taxing distributions from capital rather than profits, the sooner some integrity can be restored to the tax system.