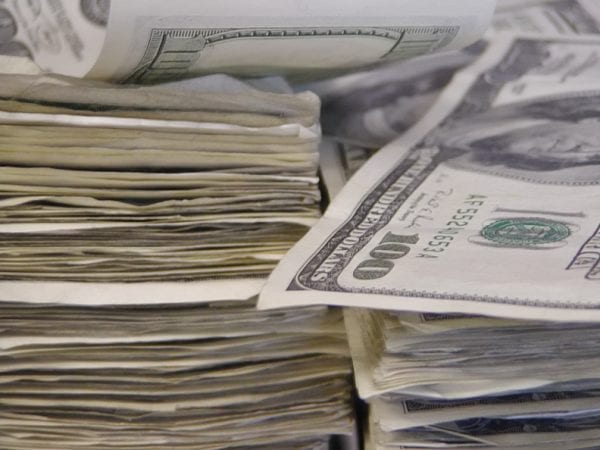 The Deficit Soars While Washington Fiddles

On January 12, 2016, President Obama, with his rose-colored glasses, wanted to put the nation at ease about the overall track of the country with his final State of the Union Address.  But, as far as the economy is concerned, nobody should be buying what the President is selling. The job market is struggling and the earning power of families nationwide continues to lag throughout the duration of the Obama era. Now, even more troubling for the economy is the news from the Congressional Budget Office (CBO) that the budget deficit is about to balloon to $544 billion this year, with the deficit increasing over the next decade.

The U.S. deficit relative to the economy will rise in relation to the size of the economy this year, the Congressional Budget Office said Tuesday.

This year will mark the first such increase since 2009, the CBO also said.

The first increase in the deficit in more than five years, and projections of continuing rising deficits over the next ten years are both just more signs that it’s time for Washington to recognize the United States must get serious about addressing long-term spending reduction. Those who say that the answer is to simply increase taxes are simply wrong, and you only have to look at the fact that in 2015 the federal government collected a record amount of revenue through taxation:

That equaled approximately $21,833 for every person in the country who had either a full-time or part-time job in September.

After two years of collecting record taxes from Americans, the government is set to continue on a path toward higher deficit spending and with the National Debt fast approaching $20 trillion.

At the very core of this problem is excessive spending.  Last year, Republicans and Democrats voted to lift the spending caps by $80 billion over the next two years.  Congress promised to institute larger reductions in the long-term. If past is prologue, then we’ll likely never see those cuts and the annual deficit and overall debt will continue to rise.

Taxpayers continue to suffer the consequences of the bipartisan spending addiction that has afflicted lawmakers. There are ways to reduce spending that will keep the country safe, while maintaining the necessary programs that must be kept in place.  For example, the Government Accountability Office identified more than $120 billion in improper payments last year.

The Taxpayers Protection Alliance (TPA) has repeatedly called on Congress to address long-term spending reduction.  Recent budget and spending bills have presented a number of problems that add to spending problems and lessen the chances for reducing costs:

The problems with the budgeting and spending practices have been commonplace in Washington for several years now.  The new report from the CBO demands aa aggressive response from Congress.  Presidential candidates from both parties should to take these new deficit numbers seriously and detail their plans for getting the deficit under control. The time for a serious set of solutions to bring spending levels down to a manageable pace is long overdue, and continuing on the same path ignoring the same, but growing, problems with only lip service is just unacceptable.

The new warnings from the CBO must be met with a serious reaction that results in some move towards real reform on spending reduction.