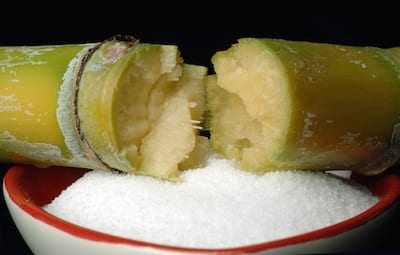 Taxpayers Should be Wary of False Sugar Reform Proposals

This article orginally appeared in The Hill on August 16, 2016

The U.S. sugar lobby constantly reminds people that crony capitalism is alive and well in Washington, D.C., as they continue to protect their sweet deal of federal subsidies that come at the expense of American consumers and taxpayers. To make matters worse, the sugar lobby is promoting a plan (called “zero-for-zero”) to push all other countries to get rid of their sugar subsidies before we do anything about our own. If it sounds unreasonable, that is because it is.

Not only is this so-called “zero-for-zero” proposal for sugar policy unreasonable, it is also highly unlikely that other nations will abandon their protectionist subsidies, especially when the country demanding this false reform has a sugar industry that is so highly subsidized. Clearly, the only real purpose of “zero-for-zero” is to give the U.S. sugar lobby an excuse for zero reform.

As an organization committed to protecting taxpayers and holding government accountable, it is troubling that some members of Congress who bill themselves as conservatives are advocating this proposal on behalf of the sugar lobby. The fact is, to reform sugar subsidies, Congress needs to begin with our own subsidies. America should lead by example.

The sugar program is designed to operate as a government-sanctioned cartel where government obligations established by the program are contrary to the interests of American consumers, workers and taxpayers. Many Americans do not know that the federal government controls sugar production volumes and assigns quotas to individual private companies within the cartel. The sugar program also obligates the government to buy any excess sugar and sell it at a hugely discounted price to ethanol producers. For example, the government (taxpayers) have purchased sugar for over 20 cents per pound and sold it to ethanol producers for less than 5 cents per pound. The sugar program is a classic command-and-control program. And, a classic example of how to lose money.

To provide excessive benefits to sugar producers, Washington imposes a hidden tax on every consumer in the nation. The sugar program costs U.S. consumers and businesses an average of $3 billion a year in artificially higher prices. Most of the time, this means there is no apparent government cost – because we all pay that cost in our grocery bills, not our 1040 forms. But sometimes the wheels come off the cartel: The program cost taxpayers almost half a billion dollars in federal spending between 2000 and 2001 and nearly $300 million in fiscal year 2013. The Congressional Budget Office’s March 2016 Baseline for Farm Programs forecasts the U.S. sugar program will cost taxpayers $138 million over the next 10 years.

In addition, federal sugar policy not only forces U.S. consumers to pay higher prices for thousands of products, but also puts undue pressure on American food companies, who have no other choice than to pay up to twice the world price for a major ingredient and to seriously consider moving facilities and jobs offshore to avoid a completely unnecessary government-imposed cost.

We urge members of Congress who are concerned about protecting taxpayers and consumers and keeping manufacturing jobs in the United States to join Reps. Joe Pitts (R-Pa.) and Danny Davis (D-Ill.), Sens. Pat Toomey (R-Pa.) and Jeanne Shaheen (D-N.H.), and 67 of their colleagues in cosponsoring the Sugar Reform Act in the House (H.R. 1714) and in the Senate (S. 475). The Sugar Reform Act is a step in the right direction, removing some of the most intrusive government intervention in the marketplace ever concocted by a special interest group – the sugar lobby. Zero-for-zero has zero credibility and makes zero sense.