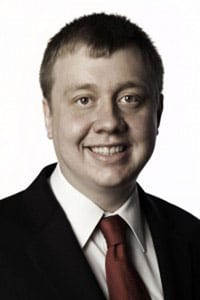 WASHINGTON, D.C. – Today, the Taxpayers Protection Alliance announced the addition of Tim Andrews to TPA’s team of tax and spending warriors. Tim will start his tenure with TPA as the new Senior International Fellow.

TPA President David Williams noted that, “Tim has fought tirelessly for lower taxes, balanced budgets, and expanded personal freedom as the Executive Director of the Australian Taxpayers’ Alliance (ATA) over the past five years. His work has been a shining example of how taxpayers around the world are demanding responsible fiscal policies and greater government transparency.” Williams continued, “One of Tim’s first initiatives with TPA will be to spearhead a United Nations accountability project.  Taxpayers across the globe spend billions of dollars on this expensive and unaccountable organization.”  Williams concluded, “TPA is lucky to have such a seasoned taxpayer advocate that can take the fight to corrupt global bureaucrats and American tax-and-spend politicians.”

Tim Andrews said, “I am delighted to join TPA, as the organization’s reach continues to grow. As in Australia, American taxpayers and consumers are forced to foot the bill for a plethora of unnecessary programs to the tune of hundreds of billions of dollars. I look forward to fighting the good fight against destructive policies and government waste in Washington, DC.”