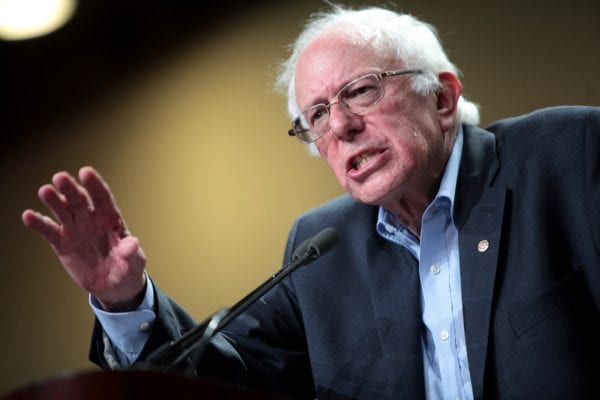 Taxpayers Getting "Berned" by Misinformation About Subsidies

As the march towards Election Day 2016 continues, the current crop of presidential candidates are getting more specific with their tax policy proposals.  And, in the process, they are trotting out their favorite campaign trail sound bites that may sound attractive in theory, but in reality would be a disaster for the nation’s economy.

A perfect example of this is presidential candidate Sen. Bernie Sanders (I-Vt.).  On Friday, his campaign released five steps he would take in reforming the corporate tax code, and unsurprisingly, targeting the energy industry was near the top of his list.  According to the plan, “Sen. Sanders would repeal dozens of loopholes and tax subsidies throughout the federal tax code that benefit oil, natural gas, and coal special interests, saving more than $135 billion over the next decade.”

Sen. Sanders is simply wrong on the facts.  The traditional energy industry doesn’t receive subsidies; however, they do take deductions.  A subsidy is a direct payment from the government, typically to help prop up an industry. A deduction is taken to write off legitimate business expenses which the energy industry takes along with practically every company listed in the S&P 500.

Interestingly, the Sanders plan makes no mention of repealing subsidies for the renewable energy sector which have increased to record levels under President Obama’s watch. The Obama administration’s record of renewables subsidies took place despite the fact that renewables accounted for only 11.4 percent of America’s primary energy production while fossil fuels accounted for 78.5 percent in 2013, according to the Congressional Research Service.

In particular, solar subsidies have been an utter failure.  A 2015 report by the Taxpayers Protection Alliance pegs solar subsidies at $39 billion a year, despite the fact that solar produces less than one percent of all electricity in the United States.  This is the industry that Sen. Sanders wants to protect.

The traditional energy industry, despite recent setbacks, has been a driving force in our economy for decades, supplying millions of jobs, contributing to the gross domestic product (GDP), and accounting for billions in capital investment in our nation.  Yet, tax reform plans like Sen. Sanders are put forth in the misguided belief that punitive measures aimed at one industry in particular will fix the tax code and cure the nation’s economic ails.  They won’t.

What will go a long way towards turning the economic corner is pro-growth, pro-investment tax reform that is uniform and simplified. So instead of singing the same old subsidy tune, presidential candidates and lawmakers on both sides of the aisle should embrace some new lyrics.