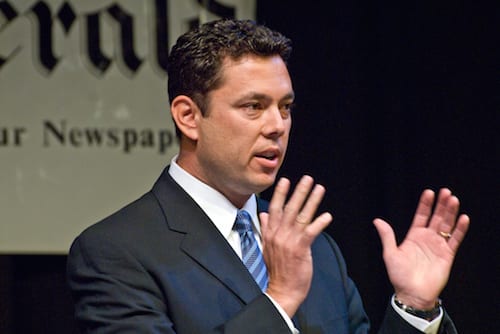 Speaker of the House John Boehner (R-Ohio) set off a firestorm when he abruptly announced he would resign from Congress at the end of October. While the news is still sending shockwaves throughout Washington, the competition to replace Mr. Boehner has been a full court press for the limited candidates aiming for the job. Now that current Majority Leader Rep. Kevin McCarthy (R-Calif.) has dropped out of the race, there are other members considering a run for Speaker. Rep. Daniel Webster (R-Fl.) is running (in what appears to be nothing more than a long-shot bid), and Rep. Jason Chaffetz (R-Utah) has also thrown his hat into the ring for Speaker. Adding to the drama of this leadership election is the move by Speaker Boehner this week to postpone the vote (originally scheduled for October 7) to October 29, the same day Boehner officially retires from Congress.

The race for Speaker is critical and while the Taxpayers Protection Alliance (TPA) doesn’t endorse in these leadership elections, it is important to point out the potential legislative consequences that could follow with a new Speaker. In particular, what a Speaker Chaffetz would mean for certain pieces of legislation that TPA has been adamantly opposed to over the last few legislative sessions.

The first is the internet sales tax, a measure that most conservatives and free market groups have opposed for years.  As a member of Congress, Rep. Chaffetz has not only supported instituting an internet sales tax, he has sponsored legislation to that end. Just last June, he introduced H.R. 2775, the “Remote Transactions Parity Act” (RTPA. This bill is bad news for taxpayers because it would hit total sales, no matter the amount of sales in online business transactions. TPA has long opposed online sales tax legislation, citing the damage it would do to e-commerce, which is continuing to expand every year. Billions of dollars are at stake and instituting new and discriminatory taxes on internet sales would absolutely put a dent into that growing sector of the economy.

Internet gambling is another area of concern that taxpayers should have with a potential Speaker Chaffetz. The recent reintroduction of H.R. 707. the “Restoration of America’s Wire Act” by Mr. Chaffetz is nothing more than corporate welfare and a backdoor for more federal regulation of the internet. A federal ban of online gaming would be a major power grab from the state.  In fact, in the 43 states with state lotteries, Chaffetz’s bill would assert control over how those lotteries can be run to the point where some lottery sales will be prohibited. That kind of pre-emption into  the states and how they do business has ramifications on how they allocate funding. The federal ban is also a crony gift of corporate welfare to Las Vegas Casino giants who want to use Congress as their personal tool for getting rid of the competition. This is legislation that belongs nowhere in Congress, regardless of who is Speaker.

Finally, on music licensing we’ve seen some issues from Mr. Chaffetz, most notably his push to lower royalties paid by internet radio companies. The legislation is another form of corporate welfare and harmful to IP, something TPA has fought hard to protect.  There is no reason for the discounted rate or to get the government more involved. The Chaffetz legislation is in direct contrast to what drives innovation and competition in the music industry.

The good news is that Rep. Chaffetz has been solid on eliminating the Export-Import Bank and supporting free trade. He (along with the entire Utah congressional delegation) has been an opponent of the crony corporate welfare bank and reviving it’s now expired charter. On trade, Mr. Chaffetz voted yes when Trade Promotion Authority passed the House in early June. These are areas where one can be encouraged by the record Mr. Chaffetz brings with his run for Speaker.

Speaker Boehner has done a commendable job, and on specific issues like internet taxation, online gambling, trade, music licensing, and the Export-Import Bank he’s been a key ally in those fights.  Speaker Boehner has also done a great job on holding the line against earmarks.  As he leaves Congress, it’s important to look at how a potential successor may handle those same battles.

The election for a new Speaker of the House is just less than three weeks away. In that time there will be a very public and hard fought campaign to succeed John Boehner. There is no telling how the race will end up for sure, but it is important to understand how certain legislation may be elevated depending on the outcome of the House leadership elections. RAWA and RTPA are very harmful bills that will do irreparable damage to taxpayers’ wallets and the Internet. TPA has fought hard to oppose these measures at every turn and that fight will continue no matter who becomes the next Speaker of the House.