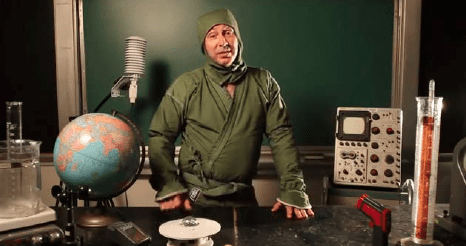 There has been a long tradition of wasteful spending in the nation’s capital for decades and the problem has only gotten worse as each year passes. A recent tradition has done wonders to expose just exactly how bad the spending habits out of Washington have become and how much taxpayers are shelling out for things that they clearly shouldn’t be paying for. Sen. Tom Coburn (R-Okla.) left an early Christmas present for all the big spenders on Capitol Hill this week when he released his ‘Wastebook 2013’ report highlighting a plethora of examples of how taxpayer dollars have been wasted over the last year. The more than $30 billion dollars the report cites is just the first of many reasons taxpayers should be hoping that politicians get a handful of coal as they return home for the remainder of the year.  This report is even more troublesome considering that agencies spent money on these projects despite the fact that agencies instituted furloughs because of sequestration.

The rushed worked of Congress over the last few weeks has given way to a slew of less than desirable pieces of legislation. First, the Murray/Ryan Budget Deal altered the sequester caps and set a dangerous precedent for spending cuts moving forward. Next, the compromise National Defense Authorization Act that passed the Senate last night after passing the House last week. Finally, an agreement to push final  Farm Bill passage to January 2014; with details scarce.  There is very little hope that  the Farm Bill will contain much real reform.

The ‘Wastebook 2013,’ released by Sen. Coburn’s office this week, is nearly 200 pages of ridiculous and unnecessary spending that everyone should read. Here are some examples:

$500,000,000: Beachfront Boondoggle: Taxpayer’s on the Hook for Paradise Island Homes in Hawaii

This year more than 100 individuals or families received loan guarantees for $500,000 or more from the U.S. Department of Agriculture to purchase a residence in Hawaii. If these new homeowners later cannot afford their new homes, it’s no problem; the federal government will protect the banks from losses by repaying 90 percent of the loans.

$379,000,000: Building, Promoting an Insurance Plan Few Want and a Website that Doesn’t Work – Department of Health and Human Services

With nearly half-a-billion dollars in government funding put behind promoting a product relatively few people seem interested in purchasing from a website that doesn’t work, Obamacare is perhaps the biggest marketing flop since Coca-Cola introduced the world to “New Coke” in 1985. The cost to build Healthcare.gov is estimated at $319 million so far, as well as the signed lucrative contracts with a number of big name Washington PR firms for more than $60 million to promote the site.

When Americans borrow money from banks, they are usually also required to pay them back with money. When U.S. sugar producers borrow money from the taxpayer, however, they can pay it back with sugar. It’s all part of a convoluted, money-losing scheme to sweeten sugar producers’ bottom lines – known as the U.S. Sugar Program. In 2013 alone, the government lost $171.5 million because sugar companies could not pay back the government for money it borrowed.

In January 2013, Congress passed a bill to provide $60.4 billion for the areas devastated by Hurricane Sandy. However, instead of rushing aid to the people who need it most, state-level officials in New York and New Jersey spent the money on tourism-related TV advertisements.

This year, the Army National Guard teamed up with Superman on a $10 million “Soldier of Steel” promotional campaign, intended “to increase awareness and consideration of service opportunities in the National Guard.” The recruitment ads “dovetailed with the release of the Warner Bros. blockbuster movie, ‘Man of Steel,’” the latest Superman movie and, strangely enough, with a downsizing of the National Guard.

“Is it made of gold?” asked one commuter after learning a single bus stop in Arlington County, Virginia, cost $1 million. The answer is no. The SuperStop is, however, complete with heated benches and sidewalks, “wireless zones for personal computers.” Yet it has one shortcoming—a roof that hardly protects from the rain, snow, wind or blazing sun. With a total cost was $1 million, the bus stop cost more than most single-family homes.

$914,000:  Uncle Sam Looking for Romance on the Web – National Endowment for the Humanities

The Popular Romance Project has received nearly $1 million from the National Endowment of the Humanities (NEH) since 2010 to “explore the fascinating, often contradictory origins and influences of popular romance as told in novels, films, comics, advice books, songs, and internet fan fiction, taking a global perspective—while looking back across time as far as the ancient Greeks.” In addition to the funds provided by NEH, the Library of Congress Center for the Book is also a participant in the project.

$704,198  We Want a Shrubbery! Gardening and landscaping services at the Brussels home of the NATO Ambassador – State Department

The State Department spent $704,198 on gardening and landscaping services at the 28-acre Brussels home of the U.S. Ambassador to NATO.

“Support for the Green Ninja originally came from the National Science Foundation, but now includes funding from NASA.” The space agency provided a $390,000 grant for the project “to support professional development for teachers.” The 30-month grant from NASA will provide training for teachers “to use Green Ninja media tools in the classroom.” These tools include lesson plans, short films and soon an iPhone application.

$325,525:  Government Study Finds Out Wives Should Calm Down – National Institutes of Health

If your wife is angry at you and you don’t want her to stay that way, you might avoid passing along the findings of this government study. Wives would find marriage more satisfying if they could calm down faster during arguments with their husbands, according to government-funded research. The researchers observed 82 married couples. “The marriages that were the happiest were the ones in which the wives were able to calm down quickly during marital conflict,” explained one researcher. The National Institutes for Health spent $335,525 to conduct the study.

While there is certainly reason to look at the report and find some humor in the 100 examples of how much useless spending Washington does, the fact is it’s taxpayers’ money being wasted and there is little doubt that they won’t be laughing. TPA can assure you, we certainly are not laughing.