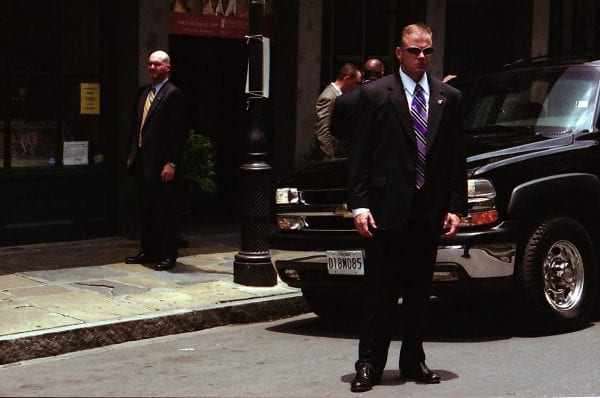 Yesterday, in an op-ed for FoxNews.com, Dr. Ben Carson vowed to keep his campaign for the Presidency going, despite calls for him to bow out gracefully.  If Ben Carson, or any other candidate, does poorly on Super Tuesday, they should look at the cost to taxpayers of continuing their campaigns.  This is especially important for all Republicans candidates who claim to be fiscally conservative and care about the deficit and the debt.  The biggest taxpayer expenditure of any presidential campaign is Secret Service protection.  Foregoing Secret Service protection, paying for the protection from their campaign coffers, or dropping out of the race would save taxpayers millions of dollars.

Jamie Weinstein of The Daily Caller detailed on February 12 just how much Secret Service protection for the Carson campaign was costing taxpayers:

During testimony before Congress in 2008, then-Secret Service director Mark Sullivan reported that protecting a presidential contender, like Carson, can cost $38,000 a day or more at this stage in the campaign. Former Secret Service director Ralph Basham told The Washington Post in September that the cost was likely now more than $40,000 a day. At that rate, if Carson decides to stay in the race all the way to the Republican National Convention, even with no chance of actually winning the nomination, it would cost taxpayers around $6,000,000 to protect him.

This is not the first time (and surely won’t be the last time) this question is asked.  In April of 2012, The Daily Caller asked the same questions about then-Presidential candidate Newt Gingrich:

Even though by his own estimation he has very little prospect of winning the Republican nomination, Newt Gingrich is still likely costing the taxpayers tens of thousands of dollars a day with his Secret Service detail on the campaign trail. “Others on the campaign told me that some of the Secret Service members were even saying it was a waste of time and that he shouldn’t have it,” the source told TheDC. ‘Staff members thought it was ridiculous too, and just another example of Newt’s arrogance and self-importance.”

The same 2012 article in The Daily Caller also noted that, “In 2008, Arizona Sen. John McCain didn’t request Secret Service protection until late April — months after the point he was considered the presumptive GOP nominee.”

The Taxpayers Protection Alliance (TPA) believes that all Presidential candidates should be protected.  But, taxpayers can’t afford to fund campaigns running on the fumes of poor finishes. There comes a time when reality and common sense have to be placed over the ideals of an individuals or a campaign.  If marginal candidates wish to continue their campaigns, they should pay for the Secret Service protection themselves.