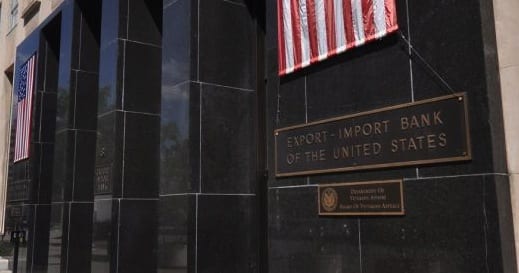 On Crony Capitalism, Graham Breaks From GOP White House Rivals By Supporting It

This aritcle orignally apeared in The Daily Caller on June 15, 2015

The vast majority of fiscal conservatives, including nearly every declared and potential GOP presidential candidate, oppose reauthorizing the Export-Import (Ex-Im) Bank of the United States. So it is extremely disappointing for South Carolinians (and fiscal conservatives everywhere else) to see Sen. Lindsey Graham (R-S.C.) cave to corporate welfare and support big government cronyism by strongly backing this misguided government agency.

The bank, created in the 1930s, in order to help American exporters compete abroad, was intended to provide financing and loan guarantees to small businesses that would not otherwise qualify for loans. It has, however, failed to effectively meet its goal. Instead, the three largest recipients of Ex-Im largesse – Boeing, General Electric and Caterpillar – represent three of the United States’ largest corporations, not struggling small employers without hope of obtaining financing. Boeing is by far the largest recipient of bank funding, receiving $8.3 billion in loan subsidies last year alone. These subsidies allow foreign governments, often times unfriendly ones, to purchase their wide-bodied aircraft at a subsidized rate costing our domestic carriers jobs.

Ex-Im has never been a model for transparency. A 2014 Reuters report found that it had misclassified “potentially hundreds of large companies and units of multinational conglomerates as small businesses.” The bank has a habit of hand-picking winners and losers. In fact, last year ten major corporations received 76 percent of all loans. And it’s also no stranger to corruption. There are 31 ongoing fraud cases against Ex-Im employees and most recently, loan officer Johnny Gutierrez was charged with accepting bribes on 19 different instances from 2006 to 2013.

It’s time to stop this corrupt corporate welfare slush fund. If Congress doesn’t act to reauthorize its charter, the bank is set to expire on June 30. Cessation will have a negligible effect on American exports, since only two percent of total United States exports benefit from bank subsidies. And despite what bank supporters claim, expiration will not lead to massive job loss here in South Carolina or anywhere for that matter. As Veronique de Rugy, senior research fellow at the Mercatus Center explains, “export subsidies do not create or support jobs – they redistribute them from unsubsidized firms to subsidized ones.” If Congress doesn’t reauthorize the bank’s charter, it will still fulfill all outstanding obligations and comply with current contracts with a full wind-down likely taking up to 20 years.

In a final Hail Mary just before the Senate adjourned for Memorial Day recess last week, Graham was able to obstruct a vote on critical trade legislation granting President Obama trade promotion authority pending word from Senate Majority Leader Mitch McConnell (R-Ky.) that he would bring Ex-Im reauthorization up for a vote. Graham stated on the Senate floor, “You are not going to get my vote for cloture or anything else this year until we get a vote on the Ex-Im Bank.” And McConnell acquiesced. While the future of the bank is still unclear, a vote will likely take place in the Senate in the coming weeks.

Senator Graham should seriously reconsider his stance on the Export-Import Bank as it exemplifies crony capitalism at is finest serving as a taxpayer-funded boon to Big Business. It’s high time to let the bank expire. South Carolinians just don’t need it.