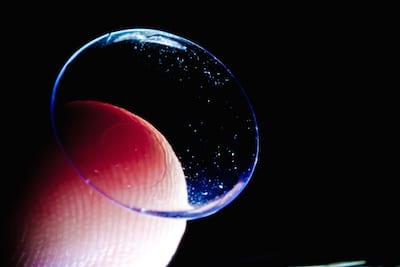 This article originally appeared in Inside Sources on May 17, 2016

In order to get contact lenses you must have a prescription filled out by a licensed optometrist.  A law passed in 2003 called the Fairness to Contact Lens Consumers Act opened up the market for choice in purchasing contact lenses.  Before the law was passed, optometrists had a monopoly in selling contact lenses.  The 2003 law opened up the contact lens industry and included key mechanisms aimed at strengthening consumer choice.  According to senior research fellow at the Mercatus Center at George Mason University Veronique De Rugy:

Among other things, it required prescribers to automatically provide copies of the prescriptions to patients so that they could shop around, including shop online or at discount stores such as Costco and Wal-Mart. As expected, this competition, which has led to more cash in consumers’ pockets, hasn’t been welcomed by those who would prefer to see prices artificially inflated. Ever since the enacting of that law, a group called the Coalition for Patient Vision Care Safety — which is made up of Johnson & Johnson, the other major contact manufacturers, the American Optometric Association and other special interests — has sought to weaken and undermine the reforms.

With 180 million contact lens wearers around the world, the market varies, but in many countries it is easier for the consumer to purchase the product of their choice.  With that flexibility comes more brand availability. One example of the many countries outside the United States that offers this service is India. Today, India is one of the most consumer-friendly nations for those who wear contact lenses. This is not just because of the cheaper cost for quality brand name products; it is also the result of the high level of customer service. Allowing consumers more choice leads to greater competition, and that will ultimately lead to lower costs for consumers in the marketplace.

Unfortunately, the United States may now be taking a step backward.  There’s an attempt in the Senate to limit the market for consumers who want to buy contact lenses.  Sponsored by Sen. Bill Cassidy (R-La.), S. 2777, the Contact Lens Consumer Health Protection Act of 2016, would make it easier for doctors and contact lens suppliers to limit consumer choice.  This would sacrifice consumer quality and cost efficiency.  Pete Sepp, President of the National Taxpayers Union, highlighted some of the worst parts about the Cassidy bill:

Ultimately, consumers should be able to make their own healthcare choices.  This belief extends to all healthcare, including vision and buying contact lenses.