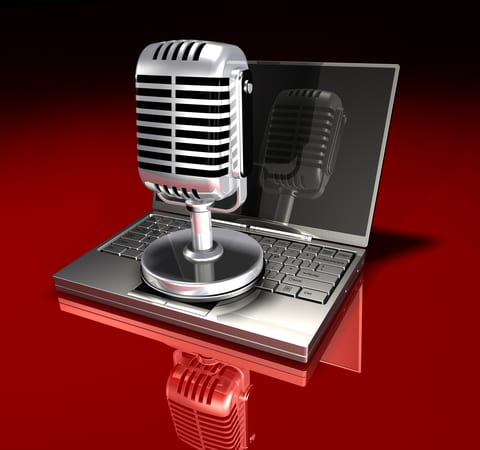 May the Market Force Be With You

The House Judiciary Committee is holding a hearing this week on proposed legislation that could lock in the way people currently listen to Internet radio, preventing the development of new business models.  The hearing will address royalties that are paid by Internet, cable, and satellite radio stations for the music they play.   Owners of copyrighted material are subject to compulsory licensing, which means that an individual or company that wants to use valuable commercial copyrighted music can do so without seeking consent from the owner, as long as they are willing to pay a fee fixed by the government.  Nothing prevents a digital radio company and a music owner to negotiate a free market deal outside the compulsory license, but most use it.  This is how an artist or record label gets paid and is a critical concept when it comes to listening to digital radio on-line or via cable or satellite.

Currently, Pandora, and all other digital radio services, pay this government-set fee for the music they use to support their businesses.  The rate standard used by the government to set this fee was established under a 1998 law, and it requires that an “expert panel” use the free market as a benchmark to determine what should be paid to owners for the use of their music.  Three companies (satellite and cable radio companies) were “grandfathered” in under a lower rate standard, because they existed before the new law was passed.  This lower standard assures that the fee set by the government for the use of music by these three companies will not “disrupt” their business models or technology.  Unhappy with their current financial arrangement, which they actually worked out in the marketplace with music creators, Pandora now wants to lower the market-based rate standard that applies to all companies launched after 1998 to the lower standard that prevents disruption of their current model so they can pay below-market rates.

The problem is that Pandora isn’t trying to get this below-market rate on their own, by, for example, offering benefits in the marketplace that will make up the difference or that might otherwise appeal to the owners of the music.  Instead, they are using legislative channels to try and lower their costs.  Legislation offered by Representative Jason Chaffetz (R-Utah) and Sen. Ron Wyden (D-Ore.) would institute, on top of the compulsory license,  a government-forced subsidy creating below-market prices.   According to Roll Call, “It would require the Copyright Royalty Board to evaluate Internet radio stations using the same standard as applied to satellite and cable radio providers, which, in effect, would lead to lower rates for the Internet stations.”  Let’s be honest, the last thing taxpayers need is another bureaucracy choosing winners and losers with no marketplace benchmarks or involvement.

There is no reason that Pandora should get this rate and there is no reason to get the government more involved.  Taxpayers and consumers want new services born in the marketplace that offer better technology and better services for lower prices.  They don’t want the government to lock in or prevent disruption of entrenched services that are political favorites.  That’s not good for anyone.  Over the past five years, there has been an explosion of Internet radio services going from from 855 to nearly 2,000.  This is a whopping 134 percent increase.  According to Music Business Journal, “Pandora is projecting total revenues around $430 million for this full year and has reported steady growth in active users since 2008 as well as an 80% increase in total listener hours since 2011.”

Pandora’s expenses are a different story.  It has been reported that over 50 percent of their revenue now goes towards licensing fees and Pandora claims that they are at a competitive disadvantage because of the three cable and satellite services that were grandfathered in under the old rate standard.  That ignores the reality that there are 1,800 other services that operate under the more appropriate current standard of “what a willing buyer would negotiate with a willing seller” in the marketplace.

It is no wonder that Pandora wants to change their fee structure but it is totally inappropriate for them to get the government involved.  They should use some good old fashioned common sense and look for ways to raise revenue and/or cut costs in other areas.

If government is to do something at all, a logical and fair resolution would be to eliminate the grandfathered below-market rate standard granted to the older entities so everyone is treated the same under a market-based rubric, rather than create new price controls for the thousands of companies created in an open market.