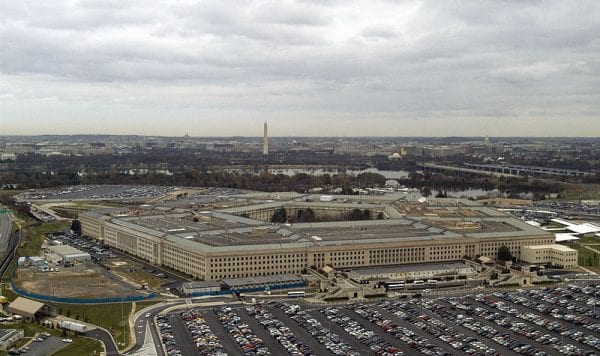 House Passes NDAA, Senate to Move Next Amid Concerns Over Spending and Transparency

Earlier this month, the U.S. House of Representatives passed the National Defense Authorization Act (NDAA) for fiscal year (FY) 2016 by a vote of 269-151. TPA continues to be encouraged by the open process the House uses in markup and on amendments because it is important for taxpayers to see what Congress is doing when it comes to spending their hard earned money, while preserving the importance of national security concerns that come with the NDAA. While TPA has continued to praise the open process, there are still issues with spending, which were addressed in a recent coalition letter (below) from groups across the ideological spectrum. As the NDAA moves to the Senate, TPA is hopeful that concerns on spending can be addressed. Unfortunately, the concerns that groups have on transparency will not be satisfied, as Senate Armed Services Chairman Sen. John McCain (R-Ariz.) has made clear that the committee will continue the long-standing tradition of keeping the process closed. As we start a new week just after the Memorial Day holiday, it is imortant to keep in mind the sacrifices made by those who have fought to defend our freedoms. TPA will continue to press for action on greater transparency and more responsible spending when it comes to defense, because spending taxpayer money wisely can be one of the most effective tools utilized not just by the Pentagon, but all federal agencies.

The undersigned organizations may not agree on many things, but we all agree on this: The United States must curb wasteful and ineffective spending at the Pentagon. Doing so will save billions of valuable tax dollars as well as help to make America safer with the hard decisions our national security requires.

As you prepare to consider H.R. 1735, the National Defense Authorization Act for Fiscal Year 2016, we hope you will keep in mind ways to eliminate wasteful and unnecessary spending, implement smart reforms that enhance national security, reduce obsolete and antiquated weapons systems and policies, and increase oversight of precious tax dollars. While some are recklessly calling for massive increases in funding at the Pentagon, we urge you first to look at sensible reforms that could save tens of billions of dollars per year from the bloated Pentagon budget.

In addition to the specific provisions below, we strongly object to the use of the Overseas Contingency Operations (OCO) Account to subvert spending caps in current law. OCO has become a massive slush fund, and this year’s NDAA doubles down with an unprecedented increase of $38 billion beyond the military’s request. We may disagree on the topline funding needed at the Pentagon, but we can all agree that using such a massive budget gimmick is irresponsible.

As you consider this year’s NDAA we urge you to support a handful of amendments that have broad, bipartisan support. We urge you to use this opportunity to set a stronger, better, and more sustainable path for our national security.