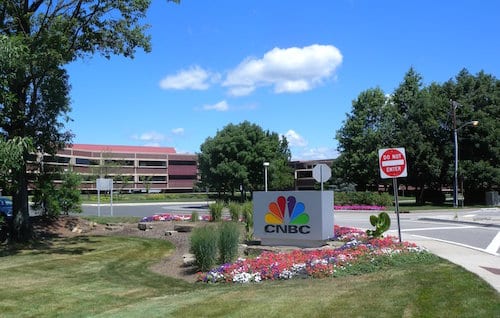 The 2016 campaign continues to be a major part of the discussion as candidates from both parties travel across the country attempting to woo voters. The debates are supposed to be a platform where the candidates can separate themselves and provide clarity about what plans they have on specific policy areas.  Unfortunately, the debates have not provided a real discussion on issues.  Instead, they have become a melee of zingers and one-liners. Last week’s third GOP primary debate was one of the least substantive and what makes matters worse is that weeks of buildup centered around the promise that it would be focused on economic issues, an important topic of discussion as the economy struggles and the country is faced with a $18 trillion debt.

In Boulder, Colorado last Wednesday ten of the remaining fifteen GOP candidates met on stage to debate what CNBC billed as a debate centered on economic issues. The Taxpayers Protection Alliance (TPA) was looking forward to hearing the moderators ask questions about tax reform, regulatory policy, entitlement reform, and pro-growth ideas. Frank exchanges about the candidates views and plans on these issues would have been a win for the candidates, CNBC, and taxpayers.  But, instead, the audience of 14 million was treated to a bizarre debate where the moderators, as much as the candidates, failed to provide voters with any substance.  Considering that a two-year budget deal that busted the budget caps was passed by the House and Senate last week, a golden opportunity to talk about fiscal issues was lost.

Tax reform was mentioned the most by the candidates.  And, while that was a positive sign, the problem is that instead of actually discussing the specifics of tax plans the moderators injected their opinions into the debate rather than acting as neutral parties. For example, Sen. Marco Rubio (R-Fla.) was asked about his tax plan by CNBC’s John Harwood. Instead of allowing Sen. Rubio to discuss the merits of his plan, Harwood incorrectly characterized what Mr. Rubio said about his plan and how it would impact certain income groups. Harwood refused to admit his mistake, even though he had made and corrected the very same mistake just a few weeks ago.

The budget was the issue that received the least attention during the debate.  The moderators failed tofacilitate a conversation about the details of the two-year budget deal.  This would have been a great opportunity to understand what the candidates thought about a number of issues surrounding the budget deal including their positions on busting the budget caps and what their plans were to eliminate the deficit and debt.

The most recent GOP debate proves that taxpayers are getting sold short on what should be a time to hear from the candidates about their specific proposals and policy prescriptions as opposed to yelling and criticism of each other. TPA wants as much debate as possible, but nobody who cares about the issues wants to see a fight between the candidates and the moderators. There are serious issues and with a national debt estimated at $20 trillion for the next President.  It’s time for these debates to feature serious conversation about what the candidates have in mind to address the debt and other critical issues. The next debate is next week, so it’s time to put the silliness and unprofessionalism of last week’s debate behind and look forward to a substantive debate that helps taxpayers and voters learn more about the candidates.