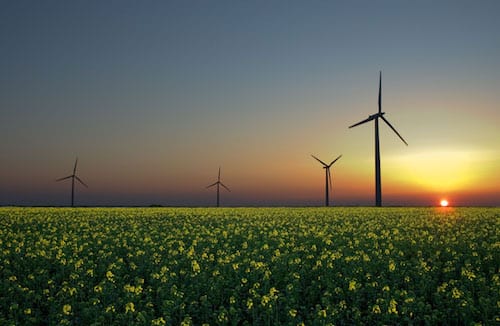 This article orginally appeared in The Washington Examiner on November 5, 2015

Late last month, a group of leading Senate Democrats launched a new initiative that would overhaul the nation’s energy policies through a package of tax measures and, of course, a vast new program of government subsidies for pet clean energy technologies. Sen. Maria Cantwell, D-Wash., described this legislative push as a “a technology-driven pathway to a clean energy future.”

This so-called pathway is, not by accident, aimed at derailing efforts from Republicans and oil patch Democrats who have sensibly pushed for policies that would increase the availability and affordability of the energy the economy actually needs. This plan is not tax reform and will not help the country be more competitive.

A key element of the Democrats’ plan is to use the tax code to further disadvantage domestic energy producers and funnel taxpayer funding to pet green energy companies. But to make these crony capitalist schemes more palatable to the public, they trot out the canard about oil and gas firms receiving subsidies and corporate welfare.

The biggest problem with Sen. Reid’s logic is that there are no government subsidies for oil and gas firms, which pay an effective tax rate far above the industrial average in this country. In fact, the domestic energy sector in 2014 income tax expenses (as a share of net income before income taxes) averaged 39.5 percent, compared to 27.0 percent for other S&P Industrial companies. What Reid is referring to are tax measures that allow energy firms to recover their costs through provisions in the federal tax code that, in many respects, are made available widely to U.S. manufacturing firms.

The most remarkable (not in a good way) aspect about the Democrats’ new plan is that it fails to acknowledge the most salient fact of America’s energy reality: the nation’s return to global preeminence as an oil and gas producer through the development of vast new sources of domestic energy. This really is the technological “innovation” story of the last decade. With incomparable technological know-how, massive investment of private risk capital and the right policies at the state level, America has upended the expectations of those who were predicting “peak oil” and other fables of scarcity.

The shale oil and gas surge has put the entire world on notice that we will no longer be held hostage by foreign powers that would use energy for their own political ends.

This has occurred at a time when all forecasts — from the federal government, international agencies and independent advisory services — have pointed to a growing appetite the world over for oil and gas. While rapidly developing economies such as India and China are scouring the world for new sources of energy, Democrats in Washington are putting forth recommendations for putting more and more of our resources off limits.

Also, this is not the best way to accomplish tax reform. If Sen. Reid and his collaborators were truly interested in comprehensive reform of an outdated and growth killing federal tax code, they would shun these political games that pick winners and losers in the free market. Instead, they would lower rates, simplify the code and put incentives in place for robust economic growth and long-term energy security.

The United States has one of the highest corporate tax rates in the world, which explains why many firms are fleeing the country to foreign tax havens. According to the Tax Foundation, the United States has the third highest general top marginal corporate income tax rate in the world at 39.1 percent, exceeded only by Chad and the United Arab Emirates. The worldwide average top corporate income tax rate is 22.6 percent (30.6 percent weighted by GDP).

What we need, instead of a plan to suffocate our energy sector with punitive tax policies, is comprehensive tax reform that spurs investment, job creation and energy abundance. The “innovation” that Democrats are offering is a far cry from that.