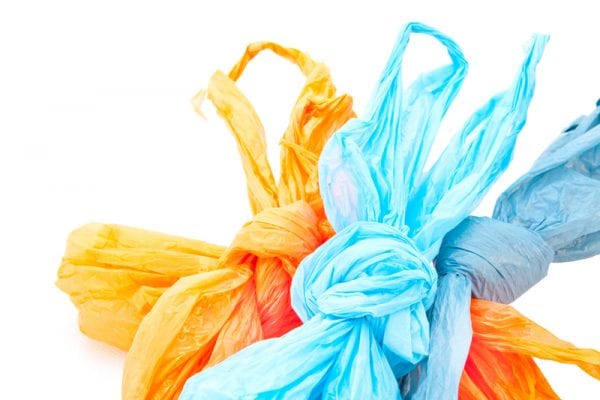 (This article orignally appeared January 13, 2014, in The Hill)  Four years ago, Washington, D.C. imposed a $.05 plastic bag tax. And, D.C. government officials have been quick to claim that its $0.05 tax on plastic bags has resulted in a 60 percent reduction in plastic bag use. The city even spent money to commission a survey to tell them that. But the survey had its faults, according to an examination of revenue by The Washington Post:

“One issue with the city’s recent survey is that it relied on poll respondents to estimate the number of bags they used or gave to customers before the tax went into effect, which could cause some to overestimate the actual change in their behavior and create an unreliable baseline for pre-tax bag use,” the paper reported last week.

The question is how wide of an overestimation it was. Well, the answer is, the whole thing. The Post found that the tax had no impact on consumer choices – except to redistribute money from consumers’ pockets to government coffers.

“City revenue figures, meanwhile, show no continuing decrease in the use of disposable bags. In fact, bag tax collections have proven remarkably stable since the nickel-per-bag fee debuted in January 2010,” the report added.

At the time the tax was imposed, D.C. estimated that they would collect $1.05 million in revenues in 2013. The actual haul – more than $2 million. Year-over-year, revenues even increased… by the equivalent of 200,000 bags.

But don’t expect the proponents of the tax to throw in the towel. Brian Van Wye, who works at the D.C. Environmental Department, still denies that the tax is meant to bloat the government’s balance sheet, insisting that the “objective is to change behavior.”

Using that logic, the next step may be for D.C. to double down. After all, if a $0.05 tax isn’t working, perhaps they can increase the per bag fee to $0.10 or $0.25. Since tax-and-spend liberals don’t think their logic is to blame, they have one recourse to this failing policy – more taxes.

But this case study is the perfect example that exposes the government’s flawed logic and its broad, bold-faced lie. Taxes should not be used as a method of impacting consumer behavior; it doesn’t work.

Yet the claim is widespread, from the plastic bag tax to taxes on cigarettes, alcohol and gasoline. The government claims that the taxes are for consumers’ own good, but these taxes are just creative ways for the government to get more from our pockets. And these taxes disproportionately hurt the lower income sectors of society. In essence the government is trying to balance their budgets on the backs of the poor rather than cutting spending in smart ways.

Now, we’ve caught the government in a lie. But unfortunately it’s too late – the plastic bag tax in D.C. is likely there to stay. That’s because taxes have their own inertia. A tax on the books, typically stays on the books. Consumers become used to the tax and opponents dwindle. Then, the government gets used to the revenue and looks for other areas to tax. It’s a vicious cycle.

Perhaps, though, D.C.’s experience can teach other states and municipalities to call politicians out on their lies before they push their taxes on the public.

Williams is president of the Taxpayers Protection Alliance.