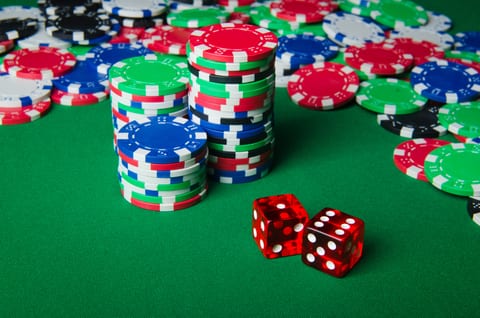 Crony Capitalism is Alive and Well in Maryland

After a long night of horse trading and amendments, the Maryland House and Senate passed a bill that authorizes a sixth gaming facility (casino) and provides tax breaks for casino operators in Maryland. The big news for taxpayers out of Annapolis wasn’t that the bill was passed, but the way it was passed and the handouts included.

Here are a few interesting tidbits from WBAL about the shameful way the House and Senate conducted itself:

With passing this legislation, the Maryland General Assembly is making a bad policy even worse.  Governor O’Malley’s initial proposal promised large revenues for the state after cutting taxes on casinos.  In less than one week, taxpayers have found out that taxes will be cut on casino operators even further, while the state will receive smaller revenues. The Governor and General Assembly have their tax policy backwards.  Just months after raising taxes on workers and families, they are going to underwrite start-up and operating costs of casinos.  There is no net creation of wealth taking place, just the transfer of income from individuals to gambling enterprises – in other words, corporate welfare.

The decrease in expected net state revenues came after the House of Delegates voted to compensate existing casinos with larger amounts of taxpayer dollars. An article on www.delmarvanow.com noted that “Analysts project the state’s education trust fund would get about $174 million in additional gambling revenue for fiscal year 2017, assuming a license for the Prince George’s County casino had been awarded by then. That’s down about $32 million compared to the measure passed by the Senate last week, which contains smaller tax reductions.”

Maryland cannot wait four years to solve its fiscal problems.  A better tax policy, regulatory climate and less creative accounting are needed sooner rather than later.  Maryland taxpayers deserve an honest debate about their state’s fiscal health, and they are not getting it now.

The good news is that the measure will be on the November ballot so taxpayers and all citizens will get a chance to decide on the issue without self-serving legislators standing in the way.