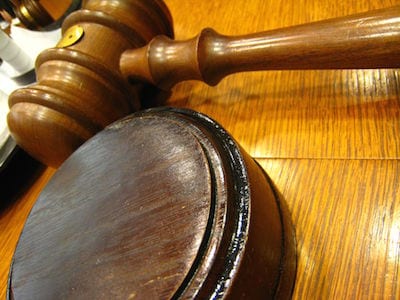 Even though plain packaging happens on a country-by-country basis, the United Nations (U.N.) has been pushing these policies globally.  This is especially troublesome considering the U.N. receives $600 million (or 22 percent of their budget) from U.S. taxpayers.  This means that U.S. taxpayers are paying to promulgate plain packaging regulations.

Some of the key points against plain packaging include evidence that it isn’t working in Australia:

The United Kingdom has also gone down the unfortunate path of moving forward with a plain packaging initiative. TPA warned about this last year, as Britain’s health minister, Jane Ellison, announced that the government would propose a “plain packaging” scheme for cigarettes that will remove all logos, colors, unique lettering and other brand identification from packs and replace them with a drab brown packaging. The only graphic, beside the brand’s name in small block font would be a graphic picture of a tobacco-related ailment and several large health warnings.

The UK model is based on what Australia did through plain packaging, which stripped cigarette packages bare except for large color photos of rotting teeth, dead fetuses and diseased eyeballs. The anti-smoking scare tactic was lauded as revolutionary when the Australian government in December 2012 mandated it, but the policy has been an abject failure.

A critical decision in the British courts has paved the way for the same failed policies to wreak havoc. Allister Heath of The Telegraph described the decision as a “mistake” in a piece last week, saying:

But the decision to enforce plain packaging on the tobacco industry – now confirmed by the courts – is a major mistake which will hurt the economy over time and do little or nothing to discourage smoking.

In fact, it’s time for soft drink, chocolate and alcohol manufacturers to be very, very worried. They and anybody else whose wares fall out of favour will be next – and after that, who knows? The authorities have decided that they can wage war on companies they don’t like, ban them from using their brands on their packaging and thus dispossess them of a crucial asset without compensation.

I agree with the Institute of Economic Affairs’ assessment that the Government has – in effect – abolished trademarks for an entire industry.

Mr. Heath accurately identifies two of the major problems that TPA and others have continued to criticize when it comes to plain packaging. First, governments won’t stop at tobacco; alcohol and other industries will be targeted next. Second, the absolute disregard for the basic tenants of intellectual property (IP) are inexcusable and sets dangerous precedent going forward for any trademarked product. TPA previewed what wine bottles may look like.Australia has now even talked about the plain packaging of toys.

More decisions to move forward with plain packaging disrespect intellectual property, harm consumers, and increase crime all for the sake of saying they are trying to do something for the good of the public. Right now other nations including Canada, Hungary, Norway and Slovenia are all considering similar plain packaging rules. Sadly, they will only drive up revenues for illicit tobacco in and around their countries, while harming small businesses in the process.